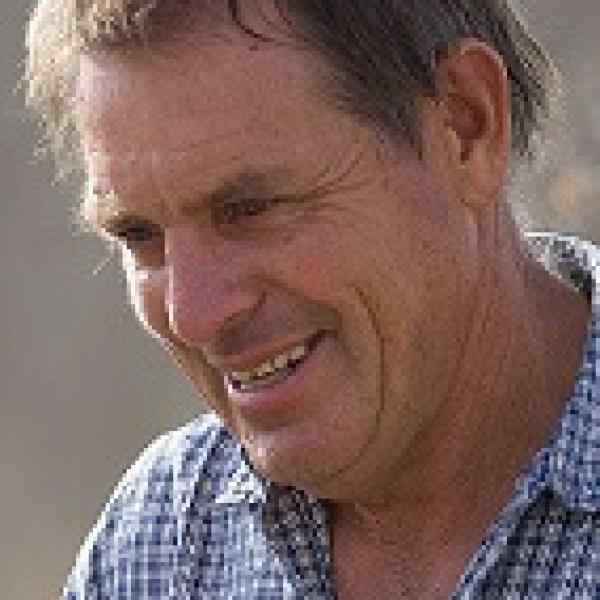 Community-based conservation is taking hold in East Africa. Groups of once-warring pastoralists have embraced wildlife conservation and are organizing their communally held lands as private conservancies. In a model developed by Kenyan Ian Craig, these democratically governed conservancies are funded through a blend of philanthropic, government, and earned-income sources and—as their numbers grow—are transforming lives, securing peace, and conserving natural resources across the continent.

All too often, the response by governments, philanthropists, and organizations advocating for the protection of animals has been to build barriers between dwindling wildlife populations and their human neighbors. Today conservation areas, national parks, and private reserves of this variety dot the globe but the challenges that led to their creation still exist. Poachers still scale the barriers, neighboring villagers often clash with errant animals, migratory routes are severed by human developments, and poverty persists on both sides of the fence. However, there are some bright spots on this map, clustered together just north of the equator on Africa’s eastern hip. In Kenya, local communities, government agencies, and global funders have embraced a new development model that can truly claim to be conserving natural resources and biodiversity while promoting human peace and prosperity. Under the banner of the Northern Rangelands Trust (NRT), 19 conservancies that together cover more than 5 million acres are home to 212,000 people and rebounding numbers of endangered rhinos, elephants, and antelope. Created by Ian, these conservancies are being established on communally-held lands governed by democratically elected management teams and—with help from NRT—are attracting expertise, funds, and worldwide recognition.
Through the NRT these communities have a voice; having realized that wildlife protection and conservation is linked to their own prosperity, members of these community conservancies now actively protect the area’s natural resources. Furthermore, these communities now have visibility on account of NRT’s governance and accountability structures. Local governments, development agencies, and entrepreneurs can link with their democratically elected leaders and enter relationships that benefit the whole community.
Creating cohesive, autonomous communities that link their prosperity to that of the environment is key to the NRT’s success. The NRT helps transform communities into advocates of conservation, and also addresses the root cause of so much human and animal conflict: a lack of peace and prosperity among the human communities that cohabit on this land. This is also a critical component in the spread of this model. For example, in 2012, leaders of four neighboring tribes—the Borana, Samburu, Somali, and Turkana—began the lengthy, difficult process of bringing about peace by starting a conservancy together. Several hundred people were killed over the last 10 years as a result of clashes over land ownership, grazing, and water rights. Ian notes that “the conservancy was specifically established by these communities to create peace.” Today, elected representatives from each tribe govern the Nasuulu Community Conservancy, a 34,900 hectare area that is home to 6,000 pastoralists who are now joined together in “conserving wildlife, transforming lives, and bringing peace,” the mantra of the NRT family of community conservancies.

It is challenging to conserve natural resources, biodiversity, and wildlife while also addressing the changing social and economic needs of neighboring communities. This combination has long eluded conservation experts. The people who live nearest to the world’s remaining biodiversity and wildlife “hotspots” are some of the planet’s poorest. Their own cultures, livelihoods, and languages—like the ecosystems in which they live—are often under imminent threat. Many of these people resort to poaching, wild-game hunting, over-fishing, overgrazing, or illegal logging to supplement their incomes.

The transformation of loosely held communal land into carefully governed community conservancies is playing out in Northern Kenya, a vast arid area poorly served by roads, schools, or health centers and populated by nomadic tribes that largely depend on livestock for their survival. Poverty rates top 80 percent in Isiolo and Marsabit counties, compared to the national average of about 50 percent. Life gets even tougher during times of drought for these already marginalized and extremely impoverished communities. In the most recent drought in Kenya, 80 percent of cattle in this area died. Malnutrition is widespread and only a minority of children (and nearly none of the girls) finishes school.

Against this grim backdrop and under immense economic and environmental pressure, cattle rustling and poaching is widely seen as an acceptable means of survival. As a result, much of the wildlife in these areas has been reduced to near extinction. Poaching in Kenya had become so rampant that the rhino population—a popular target on account of its horn—had fallen from over 20,000 in 1960 to under 500 in the early 1980s. Back then, wealthy families with a desire to save such animals from extinction created private conservancies with a fence-and-shoot policy. Barriers were built to separate communities from wildlife in a bid to protect animals that were at risk of extinction. Local communities were not viewed as a potential part of the solution. Indeed, with guns pointed at them they were more likely thought to be the perpetrators of this problem. A deep distrust between communities and conservationists began to take root.

This “tunnel vision” approach in conservation and development was all too common. A single species would be protected while the surrounding ecosystem collapsed; a single geography would be cordoned off only to be over-grazed and become inaccessible to migratory animals; or a single need in the community would be addressed while the underlying, systemic problems went unresolved.

There was growing recognition that a holistic approach was needed, but political instability was so pervasive that tackling the root cause of these challenges was incredibly daunting. In the 1980s Northern Kenya was a battle zone. Over the decades, hundreds of Borana, Rendille, Somali, Turkana and Samburu were killed in this lawless region. “Even the elephants knew this was a no-go zone,” says Titus Letaapo, regional coordinator with the Northern Rangelands Trust, “if they came through at night, they would do so on the run.” Poaching, cattle rustling, banditry, and inter-group conflict was at an all-time high.

Ian was born in the town of Nanyuki near Mt. Kenya at the time when colonial rule was coming to an end and the Mt. Kenya region was the epicenter of the Mau Mau resistance movement. At the age of ten, his parents—his mother, a Scot born in Kenya, and his father based there with the British army before marrying and deciding to stay—sent him away to live with grandparents in Ireland and finish his schooling there. Upon completion of secondary school, he returned home and pursued his love of nature. At the time, the only way for him to professionally spend time pursuing this passion was to apprentice with hunting safaris. He got all his required licenses and was a professional hunting guide for seven years. While he enjoyed being in the wilderness for long periods of time and connecting with wildlife on a deeper level, the business of tracking and killing trophy animals was distasteful to Ian. He knew it was the right decision when Kenya finally banned sport hunting. Poaching had become rampant, ivory was flying out of Kenya under political protection, and the elitist and racially charged sport hunting industry contributed to the stigma and suspicion directed at wildlife tourists. Unfortunately, vast numbers of animals had by then been annihilated.
Ian moved back to the family farm and was soon in charge of its operations. However, breeding and trading cattle was hard work, environmentally unfriendly an unprofitable. Ian started spending more of his time and energy preventing the killing of lions (in conflict with cattle) and stopping poaching on the ranch grounds. He eventually sold the cattle and launched the rhino conservancy efforts. Over these early years he succeeded in creating a positive attitude across the whole organization, eventually convincing his family to turn ownership of the entire family land over to a private trust so as to allow the (now) conservancy to attract investments, grow, and focus fully on its conservation mission. In the years since he has become a reliable and trusted community leader, renowned across the region for his leadership of Lewa and NRT.