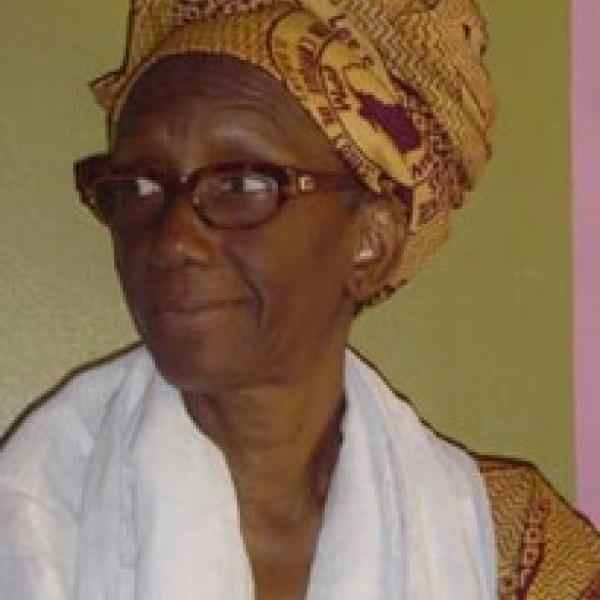 Assa is pioneering an advocacy program for women in Mali that focuses on raising women’s awareness of electoral politics and achieving equal representation in government and other decision-making bodies. Faced with widespread, systematic gender discrimination that perpetuates political imbalance, Hadja understands the urgent need to train and support a generation of woman leaders, and she is acting on it.

Assa is striving to change the gender balance of political power in Mali. Realizing that such systematic change requires many levels of political activity, she has begun attacking the problem from several angles. First, she attempts to empower Malian women not only to vote, but to be conscious of a women’s agenda when they enter the polling booth. In so doing, she is helping nurture women’s political solidarity and creating a massive political interest group to which national and local politicians alike will be held accountable.

Second, she has consolidated an advocacy group that addresses its concerns directly to the political parties themselves, and sets objectives that these parties must fulfill in order to remain attractive to women voters. Her ultimate aim is equal representation in elective offices, although her strategy has thus far been incremental. She is currently pushing for a 30 percent quota to make her agenda seem feasible and politically realistic to the political powers that be.

Finally, she provides support for women in office to help them remain aware of the needs of their constituency and to continue pressing for aggressive reform of gender inequalities. Assa is the first in Mali to organize this kind of comprehensive campaign aimed at restructuring the composition of the national political scene.

In Mali, Human Rights abuses are routinely committed in the name of custom or religion. The problem is especially acute in the area of women’s rights: although Mali’s legal structure reflects international law to a significant degree, legal restrictions on gender discrimination are simply not enforced. Women are severely underrepresented in all national decision-making bodies, which are themselves tainted with a fundamentalist conservatism. Furthermore, the steady popularity of fundamentalist religiosity threatens to jeopardize even those small gains that have been achieved to date.

Severe poverty and widespread illiteracy complicate the problem—under conditions which limit the rapid dissemination of information, advocacy becomes very difficult. It cannot be grounded in media campaigns or spread through other active political associations, but must truly work from the ground up.

Even the ruling bodies have shown no determination to incorporate women in Mali’s political organism. So long as women do not emerge as a unified electoral force, politicians can continue to ignore their interests without fear of repercussion. Women’s silence on the question of gender equality only reinforces the political supremacy of the system of customs, attitudes, and beliefs which holds them silent.

The women who do manage to hold offices find themselves on shaky ground, and end up sacrificing widespread reforms to partisan politics, without which they feel vulnerable to isolation. These women are often not equipped with the political skills to be successful negotiators, and are intimidated by the powerful, male political consortiums. The formation of a strong leadership around women’s advocacy is thus both essential to women’s rights in Mali and a very difficult proposition.

Assa created CADEF (the Committee for Action on the Rights of Women and Children) on March 8th of 1990 as an advocacy group for the rights of women and children in Mali. Its initial emphasis was on pressuring the religious, political, and bureaucratic establishment to integrate women in their decision-making processes.

In the early 1990s, during Mali’s transition to democracy, CADEF was the only women’s advocacy group in the country, and was invited to assist the constitutional committee in the drafting of a democratic constitution. CADEF worked with the committee to ensure that women and children received adequate legal protection. As indicated above, however, legal rights have largely been ignored, and CADEF has since shifted its strategies.

Over the past few years, CADEF has developed a more systematic agenda for education, advocacy, and empowerment. First, as of 1997, CADEF has formalized an electoral guide for women in Mali to educate them about political opportunities and empower them to form a powerful interest group. She believes that the electoral guides are now exerting a powerful influence on Mali’s political scene: now that political parties are aware of women as a voting bloc, they are beginning to cater more carefully to their interests.
CADEF recently conducted a study of gender bias in national legislation, and Assa is translating these materials, along with the electoral guides and the results of recent U.N. conventions on the rights of women and children, into the native bamanan language. She then goes into the field herself with volunteers to conduct grass-roots awareness campaigns. She takes audio and visual equipment with her to overcome rampant illiteracy, and educates women about their potential for political influence. Although it is impossible to isolate the effects of her own activity, women’s voter turnout has increased markedly in the areas that she has targeted.

Second, CADEF has begun exerting direct pressure on individual political parties to increase their percentage of women representatives. Thirty percent is CADEF’s present objective, and although it has not yet been realized, an unprecedented 18 women now hold public office. The authority that CADEF derives from its consolidation of a voting group is being felt now, and parties are more responsive than ever to CADEF’s demands.

Finally, CADEF provides follow-up support to women in office. It takes elected women under its wing and trains them in public policy, negotiation, and in the subtleties of Malian women’s rights legislation. Through such training and organizational support, it allows women representatives to become more self-confident in their pursuit of reform, and less dependent on the factions that dominate the political scene. Women leaders are brought together to form a unified group with well-defined objective, and can thus reenter the public debate as a coherent force.

CADEF is always looking for opportunities to spread its influence through cooperation with other NGOs and political groups, and its aims are by no means local. CADEF’s aims are no less than nation-wide reform and restructuring, and such change, should it succeed, could not help but be an example for nations throughout West Africa.

Born in 1940, Assa has always been a pioneer: in the 60s, she established the first pediatrics ward at the Bamako General Hospital, and she helped set up a school for children’s health. As a public health professional, she has always concerned herself with finding new solutions to the problems of widows, poor women, divorced women, and teen-age mothers.

Noticed for her initiative, Assa was selected as a senior program advisor for a Canadian funding project aimed at promoting women’s rights in Mali, but her progress was always hampered by severe, entrenched gender discrimination. In the late 1980s, frustrated, she removed herself from public service to reconsider her influence on Malian society.

In the 1990s, with the democratization of Mali, she saw renewed opportunities for social change. She was offered a prestigious position with the new government, but declined, preferring to throw all of her energies into public advocacy and grass-roots organizing: it was through these media that she saw the most potential for systemic transformation. “People treated me like a crazy woman,” she says, “because there were so many opportunities for me. To them, I was just throwing myself into uncertainty.”

Assa proceeded to create the first young Islamic women’s associations, which aimed to give interpretations of Islamic doctrine that were liberating to women. Since then, she has received several accolades from international NGOs, and was selected to represent West Africa as a whole on an international panel on gender discrimination.