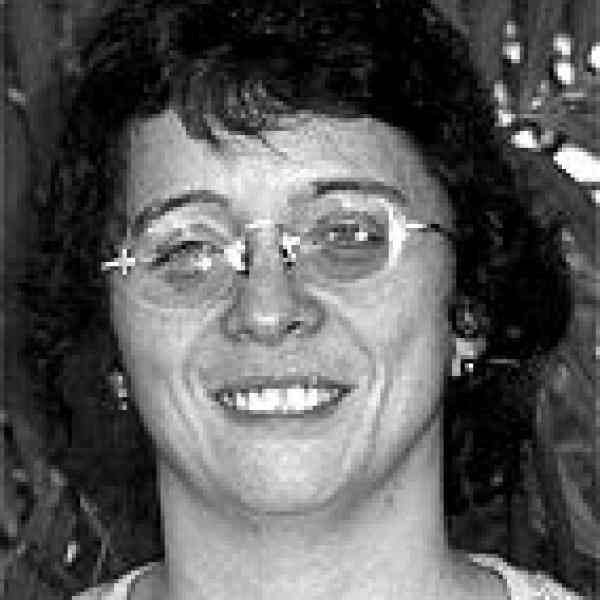 Gerarda Fraga has developed a community development training program in which local groups determine their own training in needs assessment, project development and management, then provide similar services to neighboring organizations.

Gerarda Fraga believes the key to successful local development is not only involving communities and local organizations in the planning, but also in the implementation and complete management of their own projects. To that end she has built a network of groups working on community development in which community members conceive and implement their own development initiatives. Each of these groups must then make a commitment to assist other local organizations through infrastructure donations, replicating training and serving as consultants. Her organization, the "Reborn Together" Center for Popular Education, operates throughout Falcon and three other states in Northwestern Venezuela.
Though community development programs are manifold, those that truly leave the decision-making, money, and development in the hands of the community members themselves are not. Gerarda's School for Community Action and Promotion (Escuela de Promocion y Accion Comunitaria) trains groups ranging from established community organizations to more informal neighborhood associations in areas such as needs assessment, proposal development and project management. Her methodology pushes communities to work with local and international state and civil society entities to improve their institutional relationships. The funds that she helps the groups raise go directly to community projects and do not pass through Gerarda's organization, unlike many similar projects. In addition to maintaining her conviction that community groups are fully capable of managing their own projects, Gerarda believes this is the wave of the future in community funding -- increasingly, foundations, governments, businesses, and even aid organizations want their funds to go directly into capable hands in the communities in which projects are being developed, rather than through intermediaries.
One of the most interesting and innovative aspects of Gerarda's program is the key to her expansion strategy: community groups and other bodies with which the Center works become the ambassadors and "multipliers" of the methodology. As a condition of their participation, each of these groups in turn must work with other development groups within their own community or nearby cities, either through training, consultation or even donations of furniture or equipment. Through this commitment she is creating a network of organizations and community groups that are inter-linked throughout the region. In addition to her community development arm, Gerarda has developed a micro-enterprise fund to provide credit for some of the income-generating community projects and to provide training, through courses to the community groups, in business development. The microenterprise activities are a pragmatic and effective source of financing and training for many of the community groups.

Community development and community organizing is a relatively new phenomenon in Venezuela, where for so many years the state played a preeminent role in social development. The nineties has been a decade of economic crisis and dramatic decline for Venezuela. Corruption is rampant at the local as well as national levels, and within NGOs as well as government entities. Basic public services such as water, sanitation, education and community policing have deteriorated. Poverty levels are at an all-time high, reaching 85% of all families in some rural communities. Schools, health clinics, community centers are physically dilapidated.
Due to Venezuela's statist history, the average citizen lacks a sense of empowerment or belief in his or her own ability to create change in the community. A general apathy and malaise hangs over the country, and is a major impediment to the development of a vibrant citizen sector. Making matters worse, some of the traditional civil society and Church organizations, long the sole Third Sector representatives in many communities, have been co-opted by local politicians and are more impediments than contributors to change. Even well-intentioned organizations do not fully trust community groups to manage their own projects, and thus hinder the communities' development of management skills by micromanaging community projects. Gerarda's unique contribution to community development in Venezuela is desperately needed to build long-term and sustainable management capacity within communities, in order to be able to continue the battle against poverty and for development.

The School's methodology is broken down into three basic levels and is laid out in simple manuals for the community groups to refer to and for community promoters to employ. In addition to training in project planning, the School offers assistance in resource mobilization, and legal advice, and draws on a national network of sector-specific experts.
The training modules cycle through three major phases: 1) Promotion, wherein the school's objectives are explained to the community, and the team that will be engaged long-term in the training and implementation is identified; 2) Training, Community Mapping, and Project Development, wherein the participants form a local work team, determine roles and different skills required, analyze their needs, and then develop a blueprint of the project developed; and 3) Implementation, Evaluation, and On-Going Training and Monitoring wherein, with project plan in hand, the groups raise funding, determine the long-term implementation team and begin the project. Gerarda's team monitors each of these steps. The network of experienced community groups that Gerarda is forming is also beginning to play a role in the monitoring of projects in other communities.
Thus far Gerarda has reached 10 different towns in 4 States. She has trained several hundred community leaders who in turn are working with over 6,000 citizens. During these first few years, Gerarda was struck by the power of the groups themselves to be ambassadors for the project. Hence, she developed a school requirement that graduates be available to work with other communities, training, consulting and/or monitoring their work when possible and contributing items they may no longer need, such as furniture and equipment. To facilitate the interchange she has formed a network of these community groups. In addition to the more informal spreading of her methodology, Gerarda actively trains Promotores Comunitarios (Community Promoters). This training has already resulted in a team of young people implementing the methodology with a group of women who are setting up a community bookstore. This example illustrates the various, complementary aspects of Gerarda's work. The youth have been trained in the methodology and have worked with the community group of women to set up the bookstore, who in turn have drawn upon the micro-credit fund to finance the store. Gerarda has also created an Information Center to collect information on community development methodologies and project planning and to capture the results of the School's progress. This center also serve as the knowledge , over the internet, for the community group network. Gerarda hopes to turn this center into an income generating mechanism for the school by providing basic document services (faxing, photocopying, scanning) as well as internet research capabilities.
Gerarda's main strategic thrust over the coming years will be to identify more Community Promoters similar to the youth group mentioned above who will continue to multiply the work in neighboring States. She will also be strengthening the network of community groups in terms of numbers and effective collaboration. At the national and international level, Gerarda has already established herself as a respected practitioner of effective community development, and seeks to spread her work through these networks as well.

Gerarda studied criminology in University, but soon after discovered her passion for community development. For four years, she lived and worked for a group of nuns and was a volunteer at one of the Centers for Orphans run by the National Institute for Minors. During that period, she also developed an expertise in microenterprise development. In the early nineties she took her work to the countryside and started working as a microenterprise consultant. It was this experience that convinced her of the power and the capacity of local communities to organize and promote change. A group of ten women with whom she consulted started their own microenterprise development program and were able to attract funding from UNDP and the Canadian Embassy. After many years of working with community groups she began to see that traditional structures did not take into account the capacity these communities had. She decided to fully insert herself into a poor community in a state with tremendous development needs, and establish a program which would build the self-esteem of poor community members and show them that they have the ability to create and manage their own development projects. Though "empowerment" is an overused term, it applies perfectly to Gerarda's personal beliefs and modus operandi.