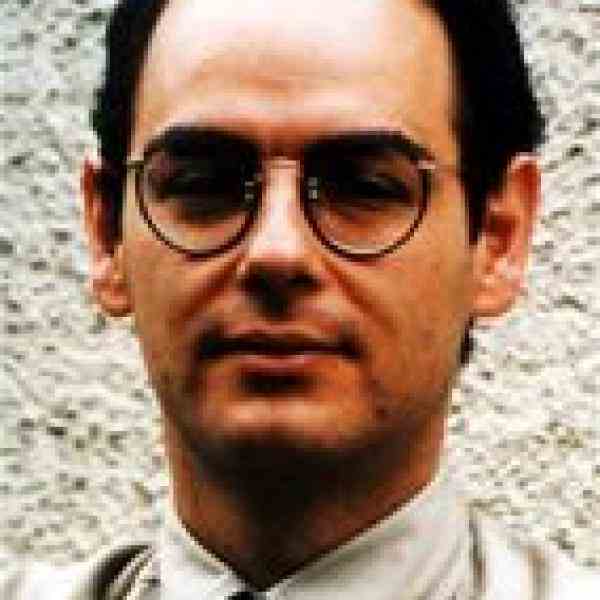 Farith Simon is using his legal training to create a national network of citizen's groups, lawyers and educators who will enforce Ecuador's recently enacted laws protecting the rights of children and adolescents.

The enactment of the Ecuadorian Minor's Code and Declaration of Children's Rights in 1992, which sought to bring national Ecuadorian law into compliance with the International Convention on Children's Rights, was the first concrete step toward institutionalizing children's rights in Ecuadorian society. Farith Simon, a lawyer who helped to write the new code, is now building the first mechanisms to clarify and implement the laws. To that end Farith is training lawyers how to defend children's rights. He is working to reform the social security system's "Children's Tribunal." He has created a national network of legal professionals, law students and children's advocates to educate the public about children's rights, to establish a body of law consistent with the letter and spirit of Ecuador's obligations and to reduce the suffering of children.

The Ecuadorian government has acknowledged that it must do more to improve the lives of its children and adolescents. It has created a legal code for minors that guarantees the rights in the Declaration of Children's Rights. However, the laws have not been effectively applied. Indeed, according to Farith, violations of children's rights have become more serious since the enactment of the laws. Many legal professionals have not kept pace with the new laws regarding children. The judicial and administrative structures have also hampered the application of the children's laws. The Children's Tribunals are part of the social security system and have no adequate separate funding; they are understaffed, with poorly trained personnel who are hard to access and paid less than other judicial employees. Serious corruption is alleged, and procedures permit wide discretion for judges and abridgement of due process. The Children's Tribunals were created 57 years ago and are now, according to Farith, in their worst moments. The system has not been organized to meet the needs of children in difficulty, such as Ecuador's many street children, children who work on the streets and don't go to school, victims of violence or minors who are estranged from their parents. A girl of sixteen, for example, who became pregnant might end up in jail if her mother filed a complaint with the police out of frustration or anger. The situation is worsened by public ignorance of the new laws, which prevents citizens from seeking to respect the law in their own lives. Despite information campaigns meant to promote the rights of children and the Minor's Code, most citizens are still unaware of how to apply them and where to seek legal help. In poor communities, already legally marginalized, the problem is even more severe.

Farith's contributions to children's legal rights in Ecuador include the laws he now works to implement. He has written some of the text of the new Minor's Code regarding child labor, child abuse and children's legal rights to healthy life.In 1995 Farith left his position as Director of Children's Defense International in order to devote full time to building a countrywide network of legal professionals to compel the government to enforce its laws and codes and to strengthen professional and public awareness of children's rights. In each city that has a law school, beginning with Quito and Cuenca, Farith has formed groups of lawyers, law students and professors to inform themselves and train future lawyers about the legal and sociological aspects of children's rights. They monitor the application of children's rights law and lobby the decision makers in their city. They will also pursue precedent-setting pro bono cases involving children's legal rights. Farith brings legal professionals together with Ecuadorian advocacy groups working directly with children. Their collaboration helps to identify cases that can set valuable legal precedents and builds on existing human rights organizations.A major element of Farith's strategy is to create a public discussion about the concept of children's rights. The passage of the new laws creates a moment of opportunity to develop a culture of respect for them. Knowing that the press are always looking for a story, Farith uses special public occasions such as the Day of the Children festival to bring up the issues about children. He is known for his insistence that whenever women or families are mentioned in the media, children should be included: not "women" but rather "women and children." He has taught his fellow lawyers to use their case-study skills with the press, to tell the stories of actual disastrous children's cases that have come before the tribunals. Farith has worked with the government to reform the Children's Tribunal and succeeded in securing a hearing. He proposes that a tribunal judge should work jointly with professional advisers who are trained to work with children and well versed in children's legal rights. He also lobbies for more public funds to be allocated to children's legal rights. He has created a training course for all children's court officials and an Andean Judges' Congress, where his ideas were presented to prominent children's rights advocates and lawyers. He and his colleagues have successfully incorporated reform objectives into Eduador's cooperation plan for UNICEF.

Farith has worked on children's legal issues almost his entire life. Even as a student he focused on children's rights. His thesis for his doctorate in jurisprudence was entitled "Analysis of the Convention on the Rights of Children in the Context of International Legislation on Human Rights." In 1987 he was part of the team that began drafting Ecuador's Minor's Code. He has authored several publications, is a consultant for several international organizations, researcher of children's problems, coordinator of national-level project, and a member of various commissions and children's defense forums.Farith says that it is his daughter who motivates him to continue pursuing his work in children's rights. When he thinks of the life that he wants for her, he feels the urgency to create a world more respectful of the rights of all children and adolescents.