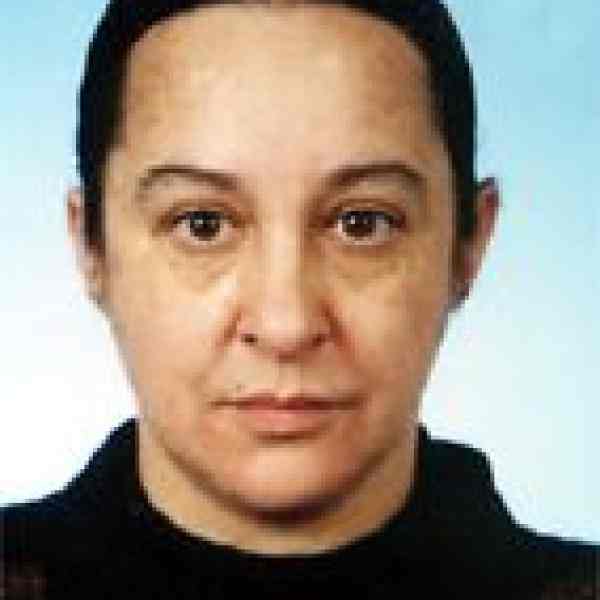 Esther Sánchez is infusing respect for ethnic and cultural diversity into judicial procedures and other governmental actions in Colombia. Her work is changing attitudes in mainstream society and giving practical meaning to the constitutionally guaranteed autonomy of ethnic minorities.

Distressed at the treatment of indigenous peoples by Colombia's judicial system, Esther Sánchez conceived the idea of using her expertise in anthropology to help bridge the cultural gap between employees of the national judicial system and indigenous peoples in Colombia. Esther is convinced that improved intercultural understanding will enable the Colombian judicial system to act more fairly in cases where indigenous people run afoul of mainstream justice for actions that would not be seen as inappropriate in their own cultural settings. She is also persuaded that heightened cultural sensitivity among employees of the judicial system will provide the foundation for improved relations, more generally, between indigenous people and the mainstream Colombian society. Colombia's 1991 Constitution, which guarantees indigenous people the right to live under their own laws, considerably expands the scope and importance of her idea. More than ever before, the Colombian judicial system and other government agencies require a profound understanding of indigenous cultures in order to give real substance to that constitutional provision. And in light of that constitutional mandate, Esther has expanded her idea to include assistance for the work of a broader range of public agencies in support of the rights of ethnic minorities and the recognition of the country's minority populations as integral parts of Colombian society.

Colombia has a rich history of nonwestern, indigenous cultures, but contemporary Colombian society and public institutions are woefully deficient in accommodating the differing cultural needs and practices of its people. The Colombian judicial system, in particular, has long discriminated against indigenous people and other ethnic minorities, including Afro-Colombians, in part because of a lack of the instruments and understanding required for actions sensitively attuned to the needs and practices of indigenous people and their communities. Not infrequently, indigenous people are brought to trial for actions appropriate in their own cultures but illegal under national Colombian law, and the usual legal defenses in such cases are demeaning and discriminatory, reflecting grave misunderstandings of indigenous cultures and/or failures to acknowledge the constitutionally mandated rights of ethnic minorities. (One such defense uses the testimony of psychiatrists in arguing that charges should be dropped because indigenous people have the mental capacities of children.) As Esther has repeatedly shown, the real differences in such cases are cultural, and the appropriate remedy would be a better understanding and respect for the traditions and culture of indigenous peoples. Sixteen Colombian departments (equivalent to U.S. states) have significant indigenous populations or other ethnic minorities, including the descendants of pre-colonial Andean civilizations, unassimilated Amazonian civilizations and Afro-Colombians along Colombia's Atlantic and Pacific coasts. These groups are all affected to a greater or lesser degree by intercultural differences with Colombia's mainstream society and by the persistent discrimination and misunderstanding that have eroded their social and cultural importance. And Colombia's situation is not unique. Indeed, in most other Latin American countries, indigenous people constitute a substantial segment, and in a few cases the majority, of the overall population, and similar problems of culturally insensitive and discriminatory actions by courts and other public agencies abound.

Esther's strategy builds on her professional credentials and expertise in anthropology and long experience in providing Colombia's judicial system with insights into the traditions and culture of misunderstood indigenous societies. Many years ago, at the request of lawyers defending indigenous people, Esther developed instructional materials and tests to make Colombian judges better aware of pre&#173;Hispanic traditions incompatible with aspects of contemporary legal concepts and mainstream society. More recently, building on that experience and encouraged by the opening provided by the 1991 Constitution, Esther has developed and deployed a much broader array of tools in her efforts to enable judges and other public officials to work more effectively for the realization of the Constitution's guarantees of the rights of indigenous people. The principal vehicle for Esther's full-time efforts to promote respect for ethnic and cultural diversity, and to assure that the behavior of public officials is consistent with such respect, is the Applied Social Sciences Foundation, a nonprofit, nongovernmental organization that she founded in 1992. Through that organization, she is disseminating information on the anthropological techniques that she uses in her work to other professionals, with the aim of promoting additional research to enrich, refine and validate her methods. Esther is also providing assistance, in the form of information and training, to indigenous and Afro&#173;Colombian communities to help reinforce their autonomy, and to the Colombian judicial system and other governmental agencies, especially in the sixteen departments most in contact with indigenous peoples. And in an effort to give both practical substance and permanence to the provisions of the 1991 Constitution relating to indigenous people, she is drafting regulations for adoption by the relevant government agencies. The work program of Esther's Foundation includes some 100 local conferences and workshops to carry her message to judges and other officials and to share her ideas with other interested parties in Colombia. It also includes several regional gatherings and four international workshops to acquaint anthropologists and other professionals beyond Colombia's borders with her ideas and techniques. Esther is producing a continuing stream of written, audio and video materials tailored to her various audiences to speed the dissemination process. And in an attempt to stimulate the application of her ideas in Mexico, where intercultural misunderstandings have all too often exploded into violence in recent times, she is developing a joint Colombia-Mexico project, which will include a university degree program in "anthropological assessment."

Esther's work is a reflection not only of her professional training and experience but also of a strong personal commitment to the rights of indigenous people. In 1976, she was deeply moved by witnessing a mass arrest of indigenous people and the subsequent use of the national legal code, by judges with no real understanding of indigenous cultural traditions, to require that they be subjected to psychiatric tests. Her present activities embody a continuing commitment to use her skills and energies to combat similar misdeeds by judges and other public officials. Esther also firmly believes that rigorous academic training is a critically important route to improved intercultural understanding. As a professional anthropologist, she headed the Anthropology Department of the University of Cauca, rural job training promotion for the National Apprenticeship Service, and the social anthropology/legal anthropology division of the Colombian Anthropological Institute, before founding the Foundation for Applied Social Sciences. Esther is the author of some sixteen professional monographs and articles, including a "Manual of Legal Anthropology," published in 1991. She has engaged in anthropological field work on law-related topics in Chocó, Antioquia, Nariño, Amazonas and other Colombian departments. She has also presented her research findings and ideas in numerous conferences, workshops, and seminars both in Colombia and overseas. Esther finds her work with minority groups and with judges and other public officials particularly rewarding. As she has recently reported, "Projects done with the people and for the people make for deep personal satisfaction."