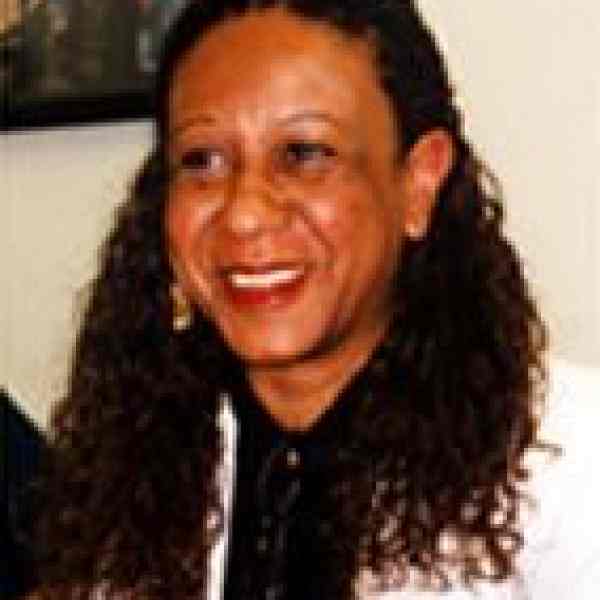 Brazilian nurse and health administrator Berenice Assumpção Kikuchi is creating an environment in which services become available to people who suffer from sickle cell anemia, a pathology which affects only people of African descent and about which neither information nor treatment has been available.

Berenice Assumpção Kikuchia is the first and perhaps the only person working in Brazil in a comprehensive way to raise awareness of and provide treatment for sickle cell anemia in the Afro-Brazilian community. She is creating reforms and information-distribution techniques to combat ignorance and bridge the gap between already-existing capacities to diagnose and treat the disease, and the people who suffer from it. Berenice has drafted legislation that mandates diagnostic testing and treatment. She has identified and established important alliances for further lobbying and to secure implementation of the law. And by creating associations of people who are afflicted with the disease and other family members, she has created support and disease management groups that are springing up widely.Berenice has also made a link between the disease and cultural assimilation issues. Sickle cell is a disease of poor black people (though, in multi-racial Brazil, it is occurring more and more in people who look white). All of her educational strategies are designed to build self-esteem and identity among people of African descent. From the beginning, Berenice has been focused on the global aspect of sickle cell anemia and the ignorance that surrounds it. She aspires to spread her strategies wherever the disease exists, as evidenced by the translation of her pamphlets into Spanish and English, and by her travels to other countries to form partnerships.

While Berenice asserts that no other international organization has singled out sickle cell disease to address, it has an incidence of 1 in 500 among people of African descent. Globally, its impact reaches ten million people. In Nigeria alone there are an estimated 80,000 cases each year, of whom fifty percent die within the first year of life; the numbers for the whole of Africa approach 120,000 cases per year. In Brazil, it occurs among six to ten percent of the total population, including (according to World Health Organization data) 2,500 children who are born with the disease in the state of São Paulo each year. Sickle cell anemia is a hereditary disease, caused by a recessive gene. It is a hidden killer. People can unwittingly carry the gene that causes it without actually developing the disease or even knowing about it. Its main characteristic is a deformity of the blood cells which results in anemia and obstructions of the circulatory system, with progressive effect upon other organs. The disease manifests itself commonly in pain, particularly in bones as a result of marrow deterioration, in heightened vulnerability to heart, spleen, and liver disorders, in leg ulcers and other infections, and (especially in young children) in strokes. Inadequate diagnosis and delayed treatment deprive the sufferer of the benefits of interventions such as vaccinations, antibiotics, or transfusions. The average life expectancy of this group in Brazil is about 18 years; for the parallel population in the United States, it is 55 years. While knowledge about the disease is far from complete -&#150;it is not understood, for example, why symptoms vary widely in their incidence and severity among its sufferers-&#150;there are, especially at the university level, considerable amounts of research in Brazil. Similarly, the facilities for performing the simple blood test to diagnose the disease and the carrier gene are already available in the Brazilian public health system. However, due to ignorance of the disease throughout that system, and a gap between university-based research and common practice, diagnostic tests are not applied, and the disease is not included in the pathologies studied in the academic curriculum. Afro-descendents who suffer the physical hindrances of sickle cell anemia also experience an ethnic or social dimension of it. They are disproportionately dependent on a public health system that does not deal with the malady, and since the cause of their symptoms may not be readily detectable (their bone pain is not explained by an x-ray, for instance), often these patients are regarded as faking or "slacking," or their symptoms are interpreted as the result of drug abuse. They can't successfully enter the job market. Children can't keep up in school, so they repeat grades and drop out; parents unaware of the disease can't help them.

Berenice first came across sickle cell disease in 1993, when she was a public health nurse supervisor. She realized the necessary diagnostic knowledge and materials were available but were not being used, and she saw her task to make them usable. The "little foot" test, for example, in which a drop of blood is taken from a newborn's foot, was already part of standard neonatal practice; to test for the sickle cell syndrome would only require adding on a simple extra lab test. Once diagnosis is made, prophylactic medical and educational programs can be implemented to diminish vulnerability to infections, pain crises and death. Berenice has already created partnerships with blood centers in São Paulo, Rio de Janeiro, Mato Grosso do Sul and Bahia to transform early diagnostic testing for sickle cell into a routine practice.Soon after she came upon the disease, she made a survey of eighty people (and their families) whose diagnoses were made late. She found that the patients knew almost nothing about the disease, and that their self esteem was low, as were their educational levels-&#150;lower, she believed, because the disease had kept them out of school. She set up support groups to deal with pain and depression (puppets were especially useful to get people to talk). Berenice concluded that they were experiencing double discrimination, and that it was necessary to address the social dimension of the disease along with the biology. In 1995 she applied for and won a MacArthur Fellowship in order to focus on public policy efforts. She started a pilot municipal health program that trained health workers and initiated diagnoses with pregnant mothers. She developed educational pamphlets in a popular, cartoon-like style that explains the biological facts about sickle cell disease and simultaneously tells some of the history of Afro-Brazilians from a perspective that encourages positive identity. She established the Associação de Anemia Falciforme do Estado de São Paulo (Sickle Cell Anemia Association of the State of São Paulo), an association of friends, families and people affected by the syndrome. She engaged leaders in universities, the black movement and in women's organizations, obvious distribution channels for her project. Berenice subsequently engaged in a systematic effort to launch similar associations in other Brazilian states.Berenice saw the achievement of a public policy response as vital to her success, all the more so after a visit to the Dominican Republic where she saw failure in similar work to be directly related to lack of government support. She drafted and secured approval of Law 12352/97, by which the city of São Paulo mandates testing, medications, vaccines, training for medical workers, and the provision of educational materials. It has become a blueprint for replication in other cities; Diadema, Campinas, Mauá, Santo André, Mato Grosso do Sul and Rio de Janeiro. It is also being processed in cities in Rio Grande do Sul, Salvador, Juiz de Fora, Jandira, Osasco, Barueri, Suzano, Poá, and at the federal level. Through the lobbying process, Berenice sees new channels of communication having opened between the black community and public policy leaders. Information is another vital strategic component, and Berenice is trying to get her materials into medical journals and mainstream media. She has had some success linking the media with the scientific community. She engaged reporters to write pieces that have been published in the Folha de São Paulo, after which she was deluged with responses, and anticipates television campaigns.Berenice is determined to establish an international movement. In 1998, she launched the Intercontinental Campaign to Reduce Mortality by Sickle Cell Anemia. With support from an association of service sector businesses, she produced 75,000 pamphlets in Portuguese, 50,000 in Spanish and 10,000 in English, to mobilize and stimulate the general population's support for better public policies. Berenice has also met with international health organizations and with leaders from Peru, Costa Rica, Ecuador, Dominican Republic, Jamaica, Puerto Rico, and Spain to discuss joint efforts regarding the distribution of information and the elaboration of health policies.One of Berenice's goals is to imprint the next generation of medical students and educational professionals with adequate training to deal with sickle cell disease. She plans to establish a center that will provide the training necessary to assure that there will be at least one doctor well versed in the disease in each region of Latin America. Further, she wants to get people of African descent to volunteer for the diagnostic test and on the basis of the results set up services for them that include family planning and genetic counseling, as well as medical and educational services for both carriers and sufferers.The big challenge now for Berenice is to institutionalize her work. Two of her proposals have been approved by UNICEF and others by the health ministry in São Paulo. They await her organizational development to implement the components she has assembled and follow up on the partnerships she has created.

Berenice was born into a poor, evangelical, socially active family with a strong consciousness of racism. As an adolescent she was involved in several youth projects in the Methodist-Church. She entered nursing with a sense of vocation and soon afterwards founded the Afro Brazilian Association to deal with health issues for the black population. As part of a general movement to take public health into the grassroots, in 1983 Berenice created a community health center. There she organized health workers to look at health needs broadly, and integrated literacy, reproductive health services for women, and day care centers into the program. Later she became head nurse and health administrator in the district of Guianazes, São Paulo. Noting that the public health infrastructure stood idle at the end of the working day, she recruited volunteers and put tools and other resources into their hands. Working after hours, they produced fittings and furniture for community projects. Berenice's racial consciousness was reflected in an organization she established in 1993 called the Ogban Black Awareness Association, Ogban meaning "wisdom." She gathered health care workers and black leaders to go into schools and narrate the history of rich African traditions that break out of the limiting and common description of blacks as the descendants of slaves. In 1993, Berenice had to leave her job as a health administrator in Guaianezes to assume a nursing position in another city. At that time she began to learn about sickle cell anemia in Brazil and to make it her mission to address it.