After Meghla was almost married at the age of 13 she has set out to make sure that no other child has to be married. Read on for the story of Meghla. 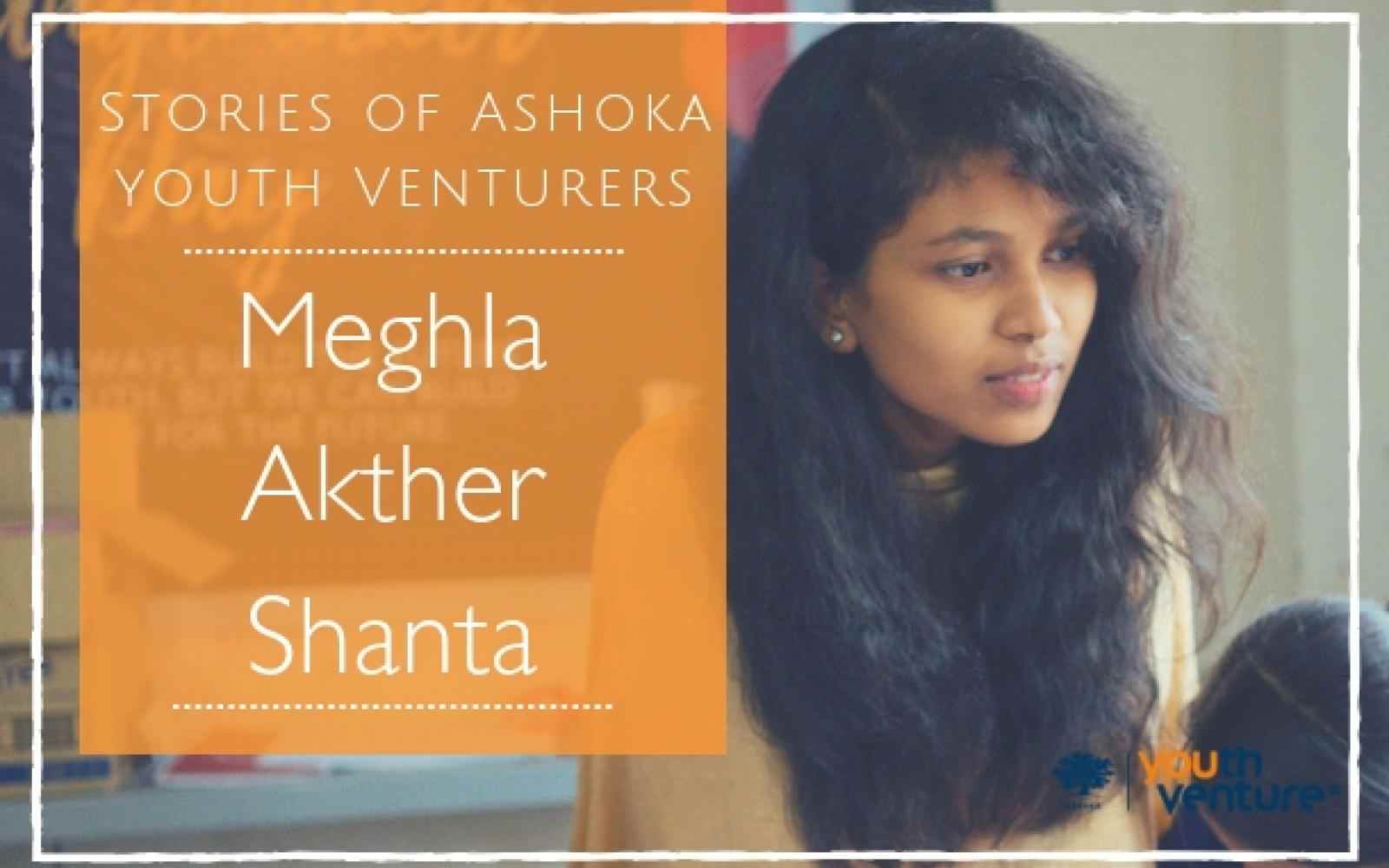 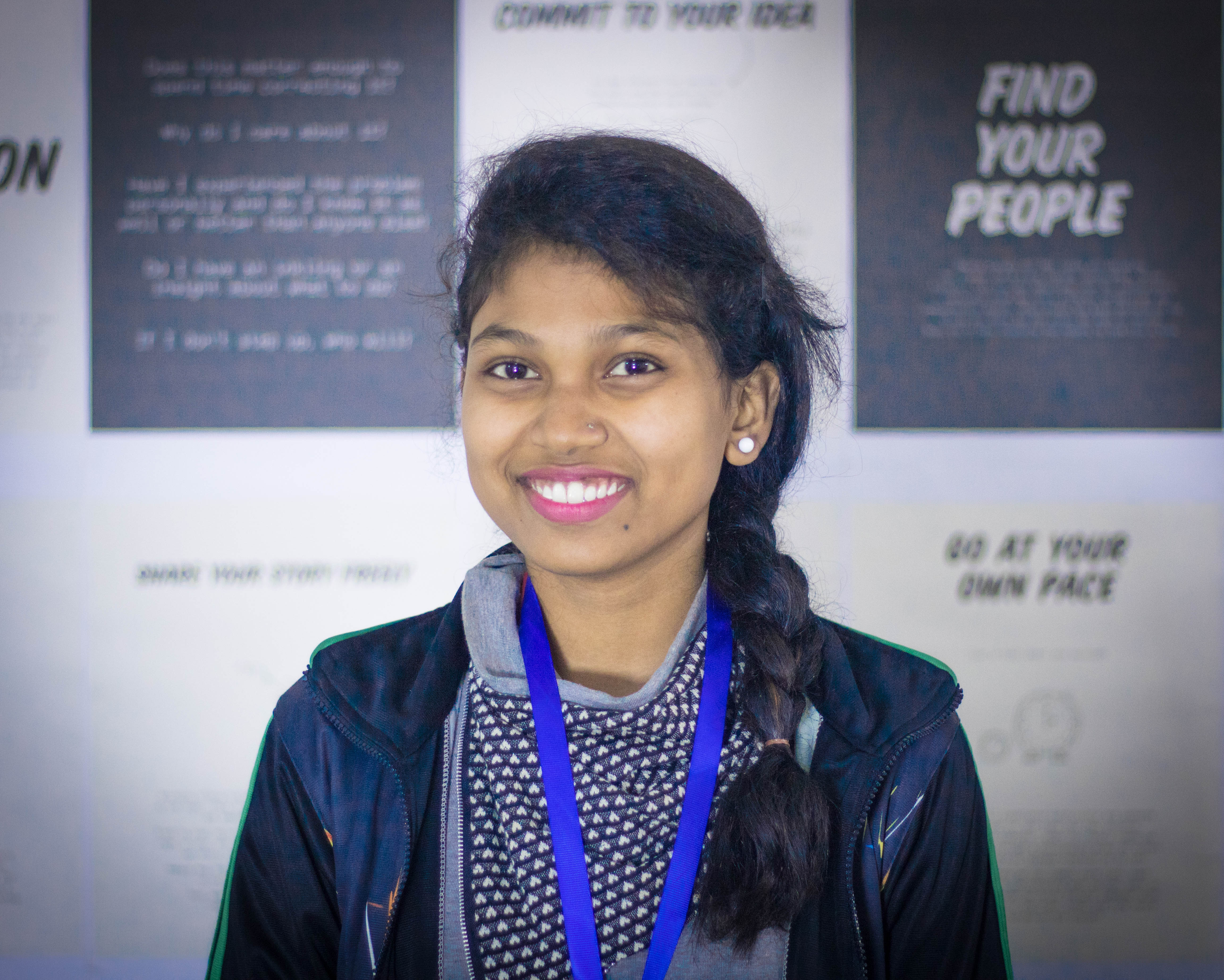 Child marriage is personal for Meghla and represents part of her story. Meghla’s mother arranged a marriage alliance for her when she was only 13 years old. Though young, Meghla was well aware of the consequences of early marriage such as the end of her education and increased risk of pregnancy. She was left with no choice but to run. She hid at a friend’s house successfully preventing her marriage. This gave her some freedom but it came at the cost of a break down in her relationship with her mother and she stopped education. Eventually, her mother allowed her back into school. She remembers these days as the toughest in her life. It is this pain, and the resulting empathy, that inspired Meghla to build her team to stop child marriages. 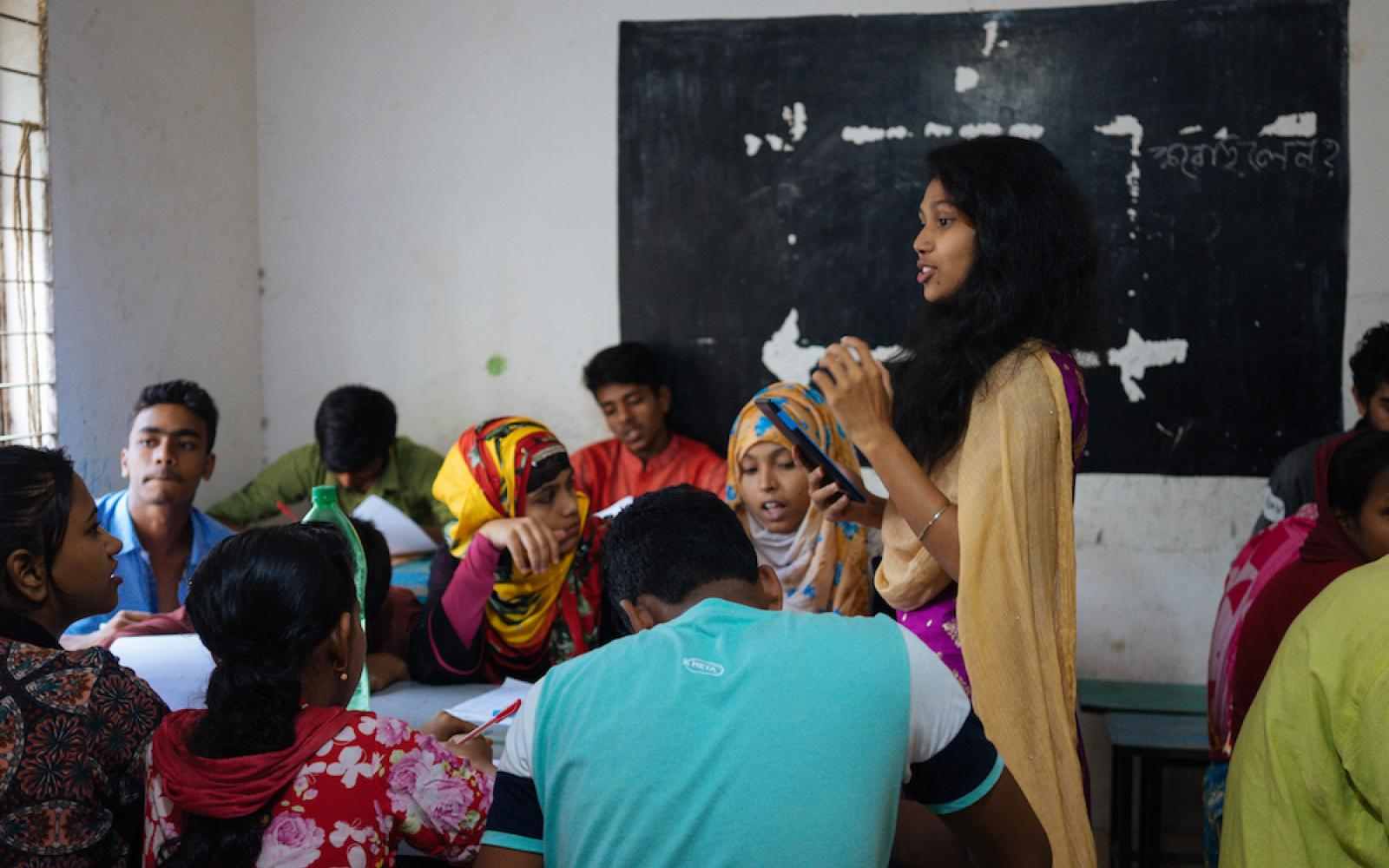 Meghla has formed a team within her community that stops child marriage by activism and prevention. When the team hear about a child marriage taking place they will try to stop it by convincing the people involved to decease. In more serious cases where this does not work they will call the police. They find that sometimes the children are even willing participants in the wedding. It is important the wedding is still reported as the law is designed to protect the children who are unable to make an informed decision considering all the outcomes.
The team also work to prevent child marriages. Much of this work happens in schools where the team will talk to students, and their parents, about the risks of marriage and the law. But they also take more creative approaches with street performances and meeting where influential people speak.  Having a network of teacher, lecturers and community leaders who are signed up to the project helps the team work with more confidence.

The work is not easy and Meghla has found there to be many challenges.  One of the less expected challenges is how hard it is to convince the children not to get married. On one occasion the police had to threaten legal action against every participant to stop a wedding. Of course, this approach comes with risks and Meghla has received various threats because of her work. She seesher work as too important to stop. Child marriage is often a choice made as a result of poverty. This is a major obstacle in preventing child marriage. As Meghla is not able to offer funds to continue education often families facing financial problems can’t see the point in preventing a marriage. She works hard to ensure they get additional support from other organizations to allow their children to continue education. 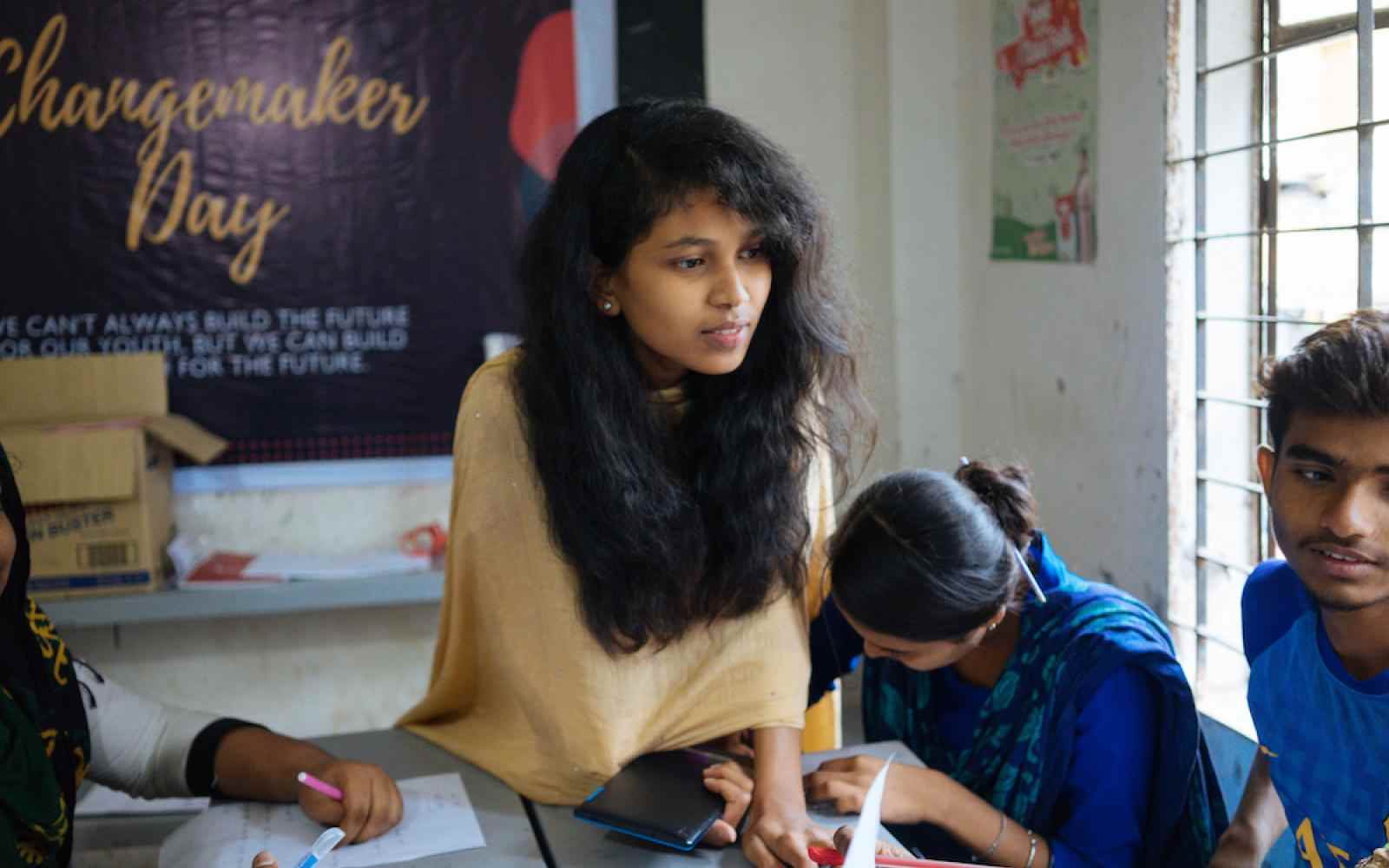 Meghla understands that the issue of child marriage does not end by just preventing the marriages from taking place. It is a symptom of deeper cultural and poverty related problems that must be addressed to end child marriage. She found that in her community 40% of 10 to 16 year olds are married and this increases their chance of unhappiness, teenage pregnancy and early exit from education dramatically. She envisages a world without child marriage where young girls are no longer seen as a ‘burden’. She believes that everyone has the ability to change society simply by changing their outlook first. 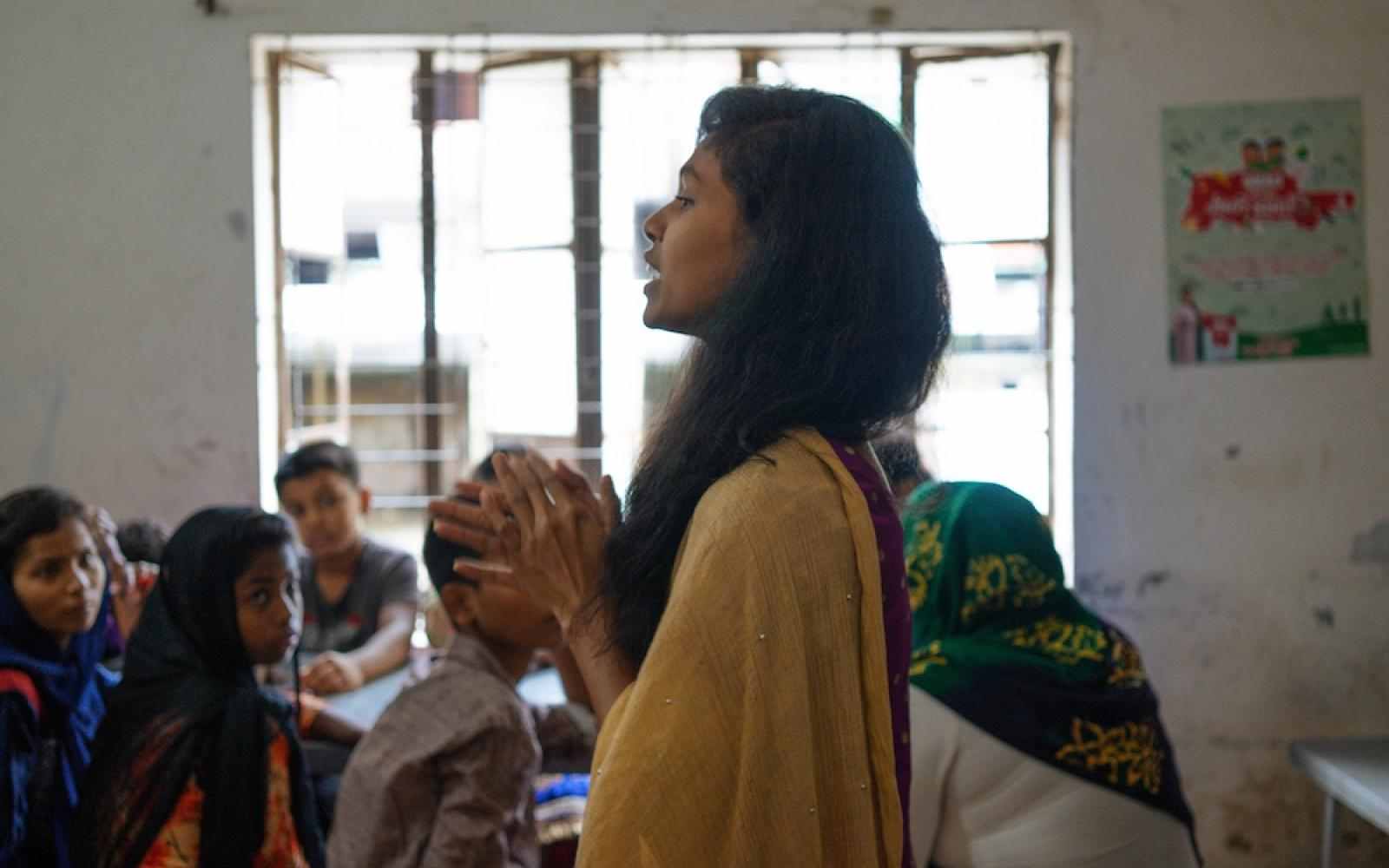 If you or someone you know, like Meghla, is making a big or small change in their community, and is between the ages of 12 and 20, then get them to apply for Ashoka’s Youth Venture program. Apply here.