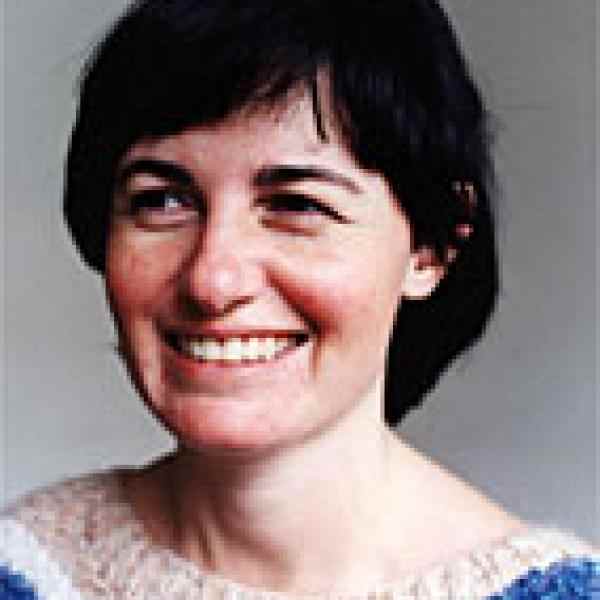 Sharon Levy (South Africa 1996) is establishing "The Teacher", a newspaper by and for teachers that will keep the profession informed of changing state policies, innovative teaching methods, organizations and resources available to teachers, and debates concerning teaching and learning.

Sharon Levy believes teachers and other education workers should not be blamed for the failings of the South African education system. Rather, they must be encouraged to rebuild the system. Many of these front-line teachers are anxious to imagine, develop, apply and help spread new ideas in this time of movement and hope for South Africa. Sharon has launched The Teacher, a non-partisan newspaper (in both hard copy and electronic forms) owned and run by teachers. The main objective of the paper is to create an interactive setting in which teachers are able to draw on creativity and classroom experience and demonstrate and exchange examples of methods that work. The Teacher supports an approach to teaching and learning that encourages critical thinking, problem-solving, the spirit of inquiry, questioning, debate and democratic practices. Sharon's second objective is to provide a forum for teachers to make their voices heard on all aspects of education policy and reform in South Africa's highly bureaucratic and hierarchical education system.

On January 11, 1995, for the first time in South Africa, students of all ethnic groups started school at the same time, with the opportunity to study for the same exams. The education crisis in South Africa, however, is far from over. At the end of 1994, 97 percent of white students passed the annual end-of-school exam, as compared with 48 percent of black students. Both black and white schools are characterized by an atmosphere deliberately designed to promote ethnic and racial division and inequality. Outdated and racist curricula discourage critical thinking or questioning. These troubles will not end with integration of classrooms. A large number of "white" schools teach in Afrikaans, which most black South Africans do not speak. Nearly two decades of school crisis have had an especially debilitating effect on black teachers. Caught between the apartheid education authorities and student unrest, it is not surprising that the confidence and dignity of black teachers have been systematically eroded. Accustomed to teaching in barracks-like schools with inferior resources and facilities, black teachers have a difficult road ahead. President Mandela's government faces the daunting task of completely transforming the country's education system. The government wishes to forge a partnership with teachers, but currently very limited mechanisms exist to realize this partnership. Many black teachers belong to trade unions whose experiences have been dominated more by the political liberation struggle than cooperative program development. Many obstacles still exist before the reform of school governance, finance, administration and curricula can be accomplished.

Before publishing the first issue of The Teacher, Sharon consulted widely with potential investors, teachers' unions, education desks of various political groups and policy centers to build support for her initiative. After the appointment of an editorial board, Sharon set up a network of regional editorial committees made up of teachers, funders and representatives of local communities. She published a pilot issue to test the newspaper and monitor its impact on teachers. Topics from early issues included textbook selection, teaching in a multi-cultural/multi-lingual classroom and profiles of successful educators and their projects. Response has been overwhelmingly positive, and Sharon plans to cover topics such as the extension of education to previously neglected groups, early childhood education, adult basic education and informal learning for out-of-school youth. Writers can use the paper's columns to debate issues like technology in education and the particular needs of rural students and teachers. The newspaper plans to add an on-line component, giving it an interactive dimension that makes it easy for readers to respond. The Teacher is initially publishing in conjunction with an existing weekly commercial newspaper to allow a greater and easier distribution. If this arrangement infringes on the broader vision, it will consider publishing independently or with non-commercial partners. Sharon ultimately plans to build upon Projects Speak for Themselves and The Teacher to create an association or institute for independent education reformers.

Sharon grew up in Durban, where she completed a science degree only to find that her interest in human development led her to a career in education. During her three years as a teacher of science, mathematics and drama at a Durban high school, she became interested in the process of knowledge generation and transmission. She studied for a master's degree in the philosophy of education. It was during this time that she explored the philosophical, epistemological and ethical assumptions underpinning the South African school curriculum. She became interested in the alternative curriculum models that were emerging in the "project world." She traveled throughout the country, interviewing teachers about their successes and failures, and published the results in Projects Speak for Themselves. A second edition was subsequently published by popular demand. Sharon also served as a member of the African National Congress's Science and Technology Education Commission, which conducted policy analysis and formulated a curriculum design for the new government's education reforms. The "new South Africa" offers new challenges for the social entrepreneur, as Sharon notes: "I have had to learn to work with and within teams...Although a loner in the way in which I operate, I am driven by a sense of indebtedness to assist the oppressed and the underdog in whatever way I can by means of taking action-setting up projects and programs that address the problems...I have never affiliated myself with one particular political party, but have assisted as a sympathizer wherever groups are aspiring to bring up constructive and necessary change-particularly in education."