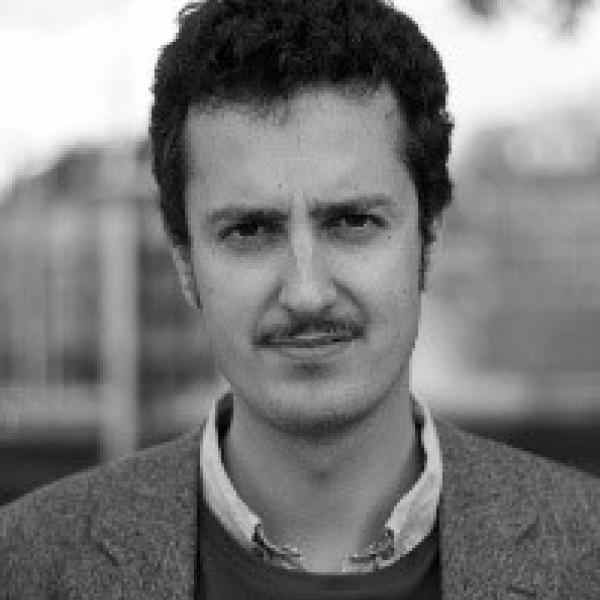 The knowledge and innovative ideas of thousands of skilled young citizens find little access to political decision-making, thus creating a significant discrepancy between political decisions and the desires and ideas of young citizens. Nicola responds to this problem by turning the traditional concept of a political “think tank” on its head. His organization, foraus, engages a network of young political changemakers who, through a specific process and methodology, are empowered to bring their voices and fresh ideas into Switzerland’s old-fashioned and rigid political system, leading to concrete political action. Nicola’s vision is to turn people from all walks of life into political changemakers and to enable them to contribute to the transformation of political processes – not only of states, but also of supranational organisations like the E.U., U.N.

In Switzerland and beyond, global challenges are accelerating and politics is increasingly overstrained with the complexity and the amount of problems to deal with. At the same time, the knowledge and innovative ideas of thousands of skilled young citizens find little access to political decision-making. They do not want to get involved into politics via party politics, since none of them is representing their political views or opinions. Young citizens want to engage around topics which seem interesting and important to them.

Nicola responds to this by turning problems into opportunities: He founded “foraus” as a citizen-led (youth) movement that brings together young people from a variety of fields that work together on political topics which are important for them. foraus is organized in a research and a mobilization arm. With the research arm, foraus – or rather its members – produce high-quality papers that are of vital interest to them and their governments and have a huge impact on politics. With the mobilization arm, foraus and its spin-off Operation Libero organize around elections and votations, where they organize campaigns to mobilise and inform citizens and turn-around votes.

This idea of turning around the traditional concept of a political think tank (hierarchical, closed and top down) and turning political lobbying into a grass-roots and open-source process that involves young citizens is completely new. By doing so, he did not only find a way to supply the political system with new and innovative ideas, but he is also turning young people into political changemakers.

Nicola started to test the idea of foraus beyond Switzerland, beyond young people and beyond the state decision-making process and all successfully. foraus successfully expanded to Liechtenstein, Belgium (scaling of foraus) and Germany (copying). And his travels to Russia, Africa and elsewhere confirmed his view that young people everywhere are interested in a think and do thank such as foraus. Nicola tested the essence of foraus, which is the bottom-up crowdsourcing of political ideas of non-political experts, with surgeons at the Foreign Ministry of Germany and it was very well-received and successful. Nicola is in the process of testing the crowd-sourcing and bottom-up ideas of citizens on the decision-making process of supranational organisations.

Global challenges are accelerating and politics is increasingly overstrained with the complexity and the amount of problems to deal with. At the same time, the knowledge and innovative ideas of thousands of skilled young people find little access to political decision-making. In addition, even though young people have the ideas, there seems to be the problem of disinterest of young citizens in politics (32% of political participation only). This political disinterest can be explained in three ways:
1) Most of the citizens don’t feel that their opinion is represented by any of the political parties. Politics is often too extreme and it feels uncomfortable for them to “pick a side”.
2) The lack of trustworthy information sources: Switzerland’s media houses are strongly coloured by political opinions and it is very difficult for citizens to trust the public information sources and to make well-founded decisions.
3) The lack of transparency: even though Swiss people are considered to be very lucky since the direct democracy allows them to participate very closely in politics, the belief that politics is like a black box far removed from citizen influence also prevails here.

Nicola realized that young citizens are very interested in politics, especially when they feel the direct effects of elections and decisions. Therefore, he began to turn a problem into an opportunity by materializing the energy and motivation young people have around topics, empowering them and actively directing them towards impacting politics with their knowledge about topics. With this, Nicola did not only find a way to supply the political system with new and innovative ideas, but he is also turning young people into political changemakers by combatting the three main sources of political apathy.

Nicolas makes politics attractive to young people that would normally not engage in it and encourages them pursue their passion. He realized that young people are interested in politics – just not in party politics, but rather in “issue politics”. That’s why at foraus, young citizens engage in politics via topics, and not specific opinions. This model has proven very successful. By participating in foraus, young citizens discuss issue-based politics (Environment, Migration) at relevant, scientific, balanced events, with a very social fun component, which lowers the barrier for young people to engage in politics.

As a first step, young people are encouraged to develop an interest in politics by showing them that they can participate in a constructive way and without picking a side. This first phase is extremly important, because the members and volunteers have to feel that they can make a difference and that their time is useful, otherwise they might just go to the movies.

Once the young people are attracted, Nicolas empowers them to engage in the political decision-making process: foraus allows young people to “click” on their potential and provides them with the opportunity to become experts on political subjects. foraus does so by engaging them via “thematic working groups” (Environment, Human Rights, Migration), whereby people with the same interests can meet and research on a certain political topic important to them. foraus creates a safe space where people can work on and advance their ideas, drafting proposals that are directed at influencing politics. After a certain idea is ripe to “impact” the political decision-making process, foraus creates a platform for the idea by 1) distributing it through their channels (blogs, website, events) 2) connecting the young people and their idea to the media (one idea generates more than 10 media contributions, which is enormous) 3) opening the doors to the right people in the government and parliament, who review their proposal and give them the opportunity to learn from their experience. In this way, foraus creates opportunities to really impact the political decision-making process. With foraus, Nicola manages to not only get young people interested in politics, but empowers them to actively influence political decision-making processes. Moreover, he offers politicians, the government and journalists unfiltred access to their citizens opinion and ideas and thereby created a completely new reliable source of information: scientific, neutral and without influence of money or other interests.

Foraus has inspired and empowered many young people to write about politics, create events around politics and impact politics. This empowerment resulted in politically engaged young citizens within and beyond foraus. For instance, foraus has develoed into a real talent factory, because now 50% of the new Swiss diplomats are foraus members and there is a political spin-off which emerged out of it called “Operation Libero”. This shows that foraus is really an ignition for getting young people interested in and fighting for their political views. foraus has now 1000 active members aged between 19 and 35 in Switzerland touching all 9 university cities. According to Nicola, this is more active members than a medium-sized political party in Switzerland.

Nicola Forster grew up in Switzerland with his family. During his law studies, he dedicated his time to everything else than studying. A triggering moment for himself and the start of foraus was when Nicola Forster successfully led the National Youth campaign aimed at extending the free movement of people to the Eastern parts of Europe. At this moment he realised that there is great potential in Switzerland to not only motivate young people for politics, but also to influence the political debate without being in a political party. After this experience, he cancelled an already signed contract with an international law firm, took a loan from his parents and brought together the young people of this entire campaign movement to start foraus. He quickly realised that the instant energy of this group was great, but that influencing politics needed a longterm strategy and a vision. That’s when the idea of foraus as a think tank took shape. Since then, Nicola Forster has been investing a lot of passion in the development of foraus and institutionalizing it. During a year abroad, he gave the operational leadership of foraus to a CEO, so that it is more detached from him as a person and in order to be able to refocus on strategic issues.

His personal vision, which coincides with the vision of foraus, is that he wants to turn people from all walks of life into political changemakers, so that they are enabled to contribute to the transformation of political processes with their ideas and knowledge – not only of states, but also of supranational organisations (E.U., U.N.). He wants to transform and democratize the political process by empowering people. In his vision, the politics of the future will not be exclusive to the state (elitist and technocratic), but bottom-up and citizens will be involved in the decisions of states or supranational organisations. In his opinion, this will result in a more peaceful world, because the citizens are „the conscience of the state“.

Nicola Forster won many awards for setting up foraus. He was for instance chosen as one of the "99 Foreign Policy Leaders Under 33" (The Diplomatic Courier / Young Professionals in Foreign Policy).