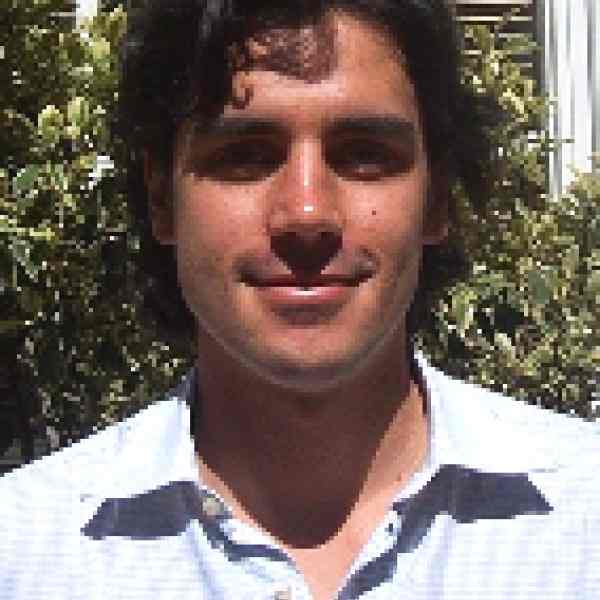 By promoting awareness of corruption and giving young people the training and confidence to combat it, Nicolás Hernández has spurred a powerful anti-corruption movement in Colombia.

Nicolás combats corruption by engaging Columbia’s next generation of leaders as change agents. Through education about the causes and kinds of corruption, Nicolás emphasizes how critical reducing corruption will be for the future of Columbia’s economic and social success. He then takes the next step of energizing young people through mediums like the Internet and empowering them to put pressure on public officials and citizens to wipe out corruption once and for all. The most significant of Nicolás’ innovations is an online course which uses low-cost technology to reach young people across the country in an appealing and systematic way. Other efforts have been scattered and have often squelched the creativity of youth, but Nicolás engages young people to design their own anti-corruption strategies. The online course, currently marketed to a strategic base of university student-leaders around the country, is popular for its use of modern technology and its ability to draw attention to an issue that is largely ignored, especially by younger Columbians. Another of Nicolás’ programs partners groups of youth with a specific public infrastructure project, allowing them to monitor its progress and develop relationships with public officials. All of his strategies work together to change the mindsets of young Colombians, allowing them through information and practice to see their role as change agents in the face of a national culture of corruption.

Corruption is among Colombia’s worst troubles, infiltrating the public and private lives of Colombian citizens. The rampant illegal drug trade has encouraged a society ruled by easy money and mistrust. Corruption at this systemic level has negative consequences for social ethics, human rights, the country’s development, the environment, and the growth of democratic institutions. Colombia’s corrupt business and political leaders have ruled for so long that Colombian young people have grown passive. They came of age at a time when their fellow citizens seem to have given up on government entirely: electoral abstention has reached almost 70 percent. When young Colombians are asked about their primary concerns, they list the environment, education, employment, and access to culture, sports, and recreation. They do not mention corruption, which is one of the primary obstacles to improvement in all of these areas. When they do speak of corruption, they feel removed from the problem. But when Colombia’s young are passionate, they have been powerful, most recently by effectively changing their national constitution.  The anti-corruption movement has not reached the grassroots level or meaningfully touched Colombian young people. Organizations engaged in the fight lack coordination and tend to work on a case-by-case basis. Some citizen organizations act as watchdog groups, prosecuting corruption and improving strategies for identifying the worst infractions. Others work preventatively, promoting accountability in the public and private sectors and civil society. A few of these programs involve young people, usually as targets of mandatory courses at their schools and universities. These required courses do not encourage students to be proactive about the course material; they make no connection between theory and how it affects the personal lives of students.

Nicolás and his organization, Ocasa (“truth” in the Chibcha indigenous language), strive to make all of their continually evolving programs energetic, creative, and appealing for young people. These programs are driven by two basic strategies: help young people recognize their power to fight corruption and promote citizen action by giving them effective tools to combat corruption. Ocasa’s methods have been tested in pilot programs, evaluated, and are now poised to expand to a larger constituency across the country and throughout Latin America.  Ocasa launched its efforts in 2003 with a popularized public forum at the University of the Andes, focusing on generating significant publicity and media attention in order to bring corruption into the public discourse, particularly among young Colombians. The forum brought important speakers to an audience of about 120 young people from around the country, but more significantly, its trademark posters with pictures of rats generated widespread curiosity and interest throughout Bogota. Ocasa has followed its launch event with workshops and talks in other cities addressing issues such as civic participation, democratic values, transparency, and public management. Nicolás’ goal in all these educational strategies is new to Colombia but fundamentally important: making young people care about corruption.Nicolás’ key innovation is a low-cost, far-reaching online course that creates a link between spreading knowledge about corruption and attracting and training people all over Colombia to combat it. Part of the course involves collaboration with private sector companies and cooperating agencies who have agreed to allow students to practice anti-corruption monitoring techniques. Its goal is to empower young people to come up with their own anti-corruption strategies, so that the movement spreads and grows with everyone who enrolls. Nicolás’ online course is well-conceived in several ways, none more so than its ability, for very little money, to reach a broad audience of young people across Colombia, despite the country’s difficulty in creating widespread movements for social causes. Secondly, the online course attracts young people through the novelty of its format and the appeal of new technology. In marketing his course, Nicolás targets young people who are leaders in their schools and universities in order to maximize his impact. He has identified this segment of the population as more likely to disseminate his ideas and take the initiative to act on them. Rather than making the course mandatory, as are most of the education components of other traditional anti-corruption programs, Nicolás feels that by choosing to take the course, young people are making a commitment and are personally invested—taking ownership over the outcome.  Finally, the online course makes the most of the limited resources of a new organization such as Ocasa, reaching a significant number of people at low cost. Though the first online course was offered for free, Nicolás eventually plans to charge a nominal fee to make it sustainable. He’s using feedback from evaluations of the first course to revise and improve it for the second version, believing that measuring effectiveness is an essential part of keeping his program vibrant and applicable to a young audience.Ocasa has developed more than six versions of the course and launched a national contest that awards both funds and technical support to the best project presented by young people. Nicolás and the other members of Ocasa have designed a program that complements their awareness-raising projects with the practical implementation of civic participation in monitoring accountability. In the pilot program in Cordoba, in the north of Colombia, Ocasa forged alliances with the municipality, another civil society organization, and the regional university to enroll a group of students in accompanying a public bid for the construction of a road. After a training series on public institutions, public contract theory, and social control, Nicolás guided the students in their participation in every stage of the public bid process, including site visits, technical and committee meetings, and conversations with the mayor and other public officials. Through this program, the students were able to both establish lines of communication with their public representatives and recognize themselves as important actors in civil society with the power to monitor the public life of their municipality. Nicolás is currently seeking sufficient resources to replicate this program throughout the country, and has already formed strong partnerships with his former employer, Transparency Colombia and other organizations.Though Nicolás’ work with Ocasa is in its early stages, having directly reached about 260 young people, he has designed specific strategies to expand his reach. Nicolás plans to narrow Ocasa’s focus to promote its best projects. As mentioned above, he is acutely aware of the importance of making his programs attractive to young people, and is constantly revising them. Nicolás plans to increase his organizational stability by reaching more people, widening his target group to include young professionals and proactively seeking out more young people at universities, community clubs, and young people’s forums. He believes that maximum impact of his project entails its adoption into national public policy. Within three years, Nicolás hopes to begin the replication of his projects in two more Latin American countries. He has begun by spreading his ideas in a national network of Colombian civil society organizations and an international youth network against corruption run by Transparency International. Contacts in Peru and Venezuela are already planning on replicating some of his initiatives.

Nicolás has shown an entrepreneurial spirit from a young age, demonstrating a natural inclination for founding enterprises and carrying through ideas. At age 10, he opened a hot dog stand at his school, and at age 12, a soccer club that continues today. It was this entrepreneurial side that strongly tempted Nicolás to choose the finance track at his university. In the end he made a decision that spoke to an even more fundamental part of his personality, choosing government/public policy because of his desire to work for the public good. This was a value instilled in him by his parents, who have made social work an important part of their careers.  Nicolás’ path towards his current work is revealed in several formative experiences during his university years. His belief in the power of young people was fostered in both their political success in changing the Colombian constitution and his enjoyment working with them, leading camps and summer programs throughout university and afterwards. Secondly, Nicolás and his friends founded an organization, still running, called Dignity and Development, born of their interest in the emerging peace movement in Colombia. The organization was a turning point for Nicolás, showing him the potential power of civil society. Meanwhile, Nicolás was campaigning for a local political candidate, who, upon winning the position, was forced to leave the country for six months and asked Nicolás to take his place as municipal representative. Nicolás was less than 23 years old when he designed and enacted an accountability law for his jurisdiction, a major change in what had previously been a fairly stagnant arena for public policy and one that continues to stay in effect today. The experience gave Nicolás an invaluable understanding of the internal functioning of the government, and a particular interest in fighting corruption. Finally, a professor hired him along with others to work in low-income communities in Colombia, raising Nicolás’ awareness of problems within his own society, a reality which he had never before lived. He asked himself what, practically, he could do to improve his society, a train of thought that, in combination with his other experiences, led him to the founding of Ocasa with a group of young leaders at the age of 25.  After designing and implementing the first Ocasa activities, Nicolás won a scholarship to complete a Masters degree in Spain. Despite the distance, he kept working with his team on the organization’s projects, and designed proposals for promote young people’s participation as part of his thesis. Upon his return, rather than choosing the security and ease of a steady job, Nicolás decided to devote himself full time to Ocasa, convinced that he could make a difference in the fight against corruption.