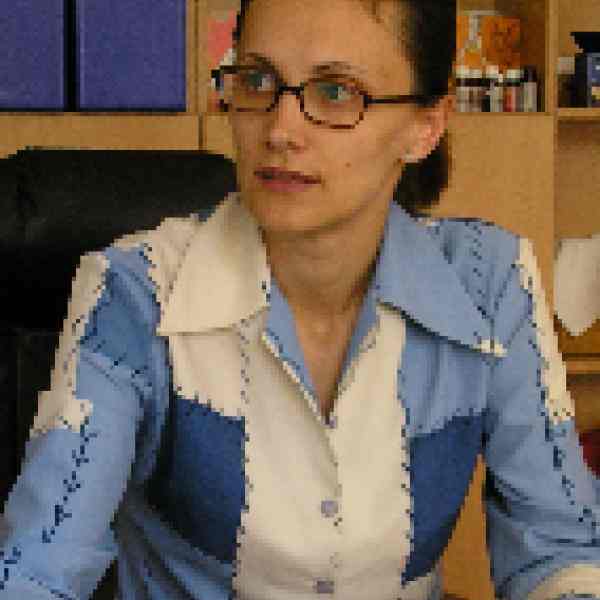 Martina is combating high rates of prisoner recidivism in Slovakia by introducing rehabilitation into the country’s secretive and repressive penal system. Bringing outsiders into prisons to provide education and social support to long-term inmates, as well as providing post-release work opportunities, she is not only preparing these inmates to cope with life outside prison walls, but also forcing a corrupt system to become more transparent and accountable.

Recognizing that Slovakia’s prison system does virtually nothing to prepare prisoners for their ultimate release back into society, Martina has developed an inmate rehabilitation program that starts inside the prison and offers support that continues after prisoners have served their sentence. Employing educators and social workers not affiliated with the prisons to provide in-prison schooling, skills training, and counseling, she is able to build trusting relationships and support networks that will last long after the inmates are released. She also provides “first-stop” jobs to help newly released inmates earn a living and eventually reintegrate into the job market.
Martina’s programs and ideas are slowly opening up a secretive and often corrupt prison system to outside scrutiny and breaking down barriers between prisons and the society at large. Her work is empowering those prison officials who are open to change; showing social workers and civil society organizations new ways to approach prisoner reform; encouraging employers to hire former inmates; and prompting policy-makers and the general public to rethink the penal process.

Since the Velvet Revolution, very little has been done to improve Slovakia’s prison system. It is a relic of the 1950s authoritarian mindset, despite several attempts to reform it during the democratization process. Some organizations have done innovative work inside the prisons, but the repressive approach that dominates has remained intact, with prison officials unwilling to open up to outside expertise.

A major barrier to reform has been the power structure of the prisons themselves. Often run by families who pass jobs on from father to son, the prisons are shielded from outside influence as well as from public view. The result is widespread corruption and an ethic of secrecy that ensures the status quo. The system is sustained by generating fear, both among prisoners and among outsiders who might be tempted to meddle in the affairs of these prison barons.

Prisoner rehabilitation efforts that have broken through the external barriers have largely failed, in part as a result of using the same people and instruments for both punishment and social work. Parole officers, for example, are sometimes asked to play a supportive role for a prisoner upon release; however, in the prisoner’s eyes, the officer is merely an extension of the punishment system from which he or she has just been released. Even small changes in behavioral patterns of prisoners require basic trust, something that a repressive system will never win.

Long-term prisoners fare the worst in this environment, as both the least targeted for rehabilitation efforts and the least able to cope on their own. Visits from family eventually stop as time passes, friends move on, and the prison becomes their universe. By the time they are released, they have no idea how to survive in the outside world. Social skills, let alone social connections, have been irretrievably lost, and a return to prison is inevitable.

Martina started her organization Majak (Lighthouse) in 2000, after hitting a ceiling on the work she was able to do through other organizations. Focusing on long-term inmates, she developed a three-pronged approach to prison and prisoner rehabilitation that includes education and social work inside the prison; employment opportunities and social support after the prison term is over; and a campaign to change public and governmental attitudes about the penal system.

Martina started by developing an educational curriculum that would lead prisoners to graduation. She consulted with university professors, educators, high school teachers, and other professionals to identify a set of topics that would help inmates find new perspectives and learn useful skills. She then sought out people who had both the qualifications and willingness to serve as teachers, consultants, and counselors to this outcast population.

Although it was challenging to find professionals willing to “risk” their reputations by working in prisons, this was not the biggest hurdle. “Working with prisoners is easy,” Martina noted. “Guards and the system are much harder. They don’t want to change anything.” At first, the prisons simply said no, but Martina persevered until she found a way in.

She started with a set of one-on-one courses that would be less disruptive and the argument that prisoners have the right to education and social work. As she began making inroads, she found more and more friendly guards and department directors who were willing to help. Classes were small at the outset, with two to three prisoners, and covered 10 different areas, including math, literature, computers, and electrician training. Each was taught by a professional, who would visit the prisoners in their cells. In the first year, there were seven teachers participating; now around twenty professionals teach in the school. The first graduation happened after three years, and students came away with both an education and a new sense of self-respect.

In addition to the formal education component, Martina recognized that she would need to address her students’ “hurt souls.” She included in her program counseling sessions with therapists, psychologists, and other professionals, to help inmates deal with their emotions and develop life skills that would allow them to function outside the prison. Martina sees therapy’s role not as changing the prisoners, but rather as teaching them how to behave in such a way that society will accept them.

Another important component to the rehabilitation effort is work. Endless hours spent in prison cells can destroy any feeling of usefulness. Martina established a system in which prisoners can earn credits by producing goods, mostly handicrafts or textile products, from raw materials sent to their cells. After they have reached a certain number of credits, workers can choose what will be sent to them in a package.

Work training continues when the prisoners leave. Martina’s trucking company, workshops, and training center, and upcoming auto repair shop offers former inmates an opportunity to earn income in a protected environment while they develop credibility and skills. Social workers are also on hand to deal with what Martina refers to as the “culture shock” that accompanies release. Once ready, the former inmates can tap into a network of cooperating employers who recognize the significant training investment put into this new workforce.

Martina is supporting her work on a governmental and social level by intensively lobbying for and publicly promoting prisoner rights. She recently published her first book, The Emperor is Naked, in which she outlines all of the issues that affect prisons and prisoner recidivism and offers strategies which can be taken in the future to improve the system, a set of solutions. The book serves as a useful tool for generating discussions among governmental officials and legislators who want to change, as well as those who have resisted it. Martina is planning to establish a network of key decision-makers with whom she will be working on important pieces of legislation. She has also presented her ideas at the European Prisoner Education Association and shared her knowledge with less-developed countries like Bulgaria, Romania, and the former Yugoslavia.

Martina grew up in a small village as one of five children. Her family was strictly Catholic, and she saw very early the injustice of her father being denied proper medical care because of his religion. She left home as soon as she finished high school for the “big” city of Banska Bystrica, and began a life of social work.

Martina started in a center for troubled girls, most from state orphanages. Very few had ever experienced love or a caring relationship, and many of them ended up in jail or back at the center. This experience touched her life very deeply. She wanted to do something for them, but often felt helpless. A young woman herself with minimal training, there was little she could offer besides her affection. Still, she wanted to find a solution for every single girl who came close to her. In some cases she succeeded, but for others there was no right answer. She wanted to give everything but it was still not enough. After four years, she left the social sector, exhausted.

She went to work for a private company and did very well for herself, but found that something was missing. She felt strongly that she needed to be working with people on society’s fringes, those who wanted to change their lives and needed help. So just two years later, she found a religious organization that worked inside prisons.

After she got married and moved back to her hometown, Martina asked for permission to set up a branch of the organization in her area. She was allowed to proceed, but provided no funding. To make ends meet, she started to work in her own shop selling children’s things. As she got deeper into the prison system and started to understand what the major issues were and how much needed to be done, she ran up against the limitation of her organization’s rules. So when no customers were in the shop, she sat in the back room and wrote proposals for what could be done better.

Martina ran her first solo project from her bedroom. Later, her husband built a separate office for her, and they now have a prevention and counseling center were Martina works to give prisoners a better life.

She and her husband Ladislav live in Zlate Moravce, in middle Slovakia.