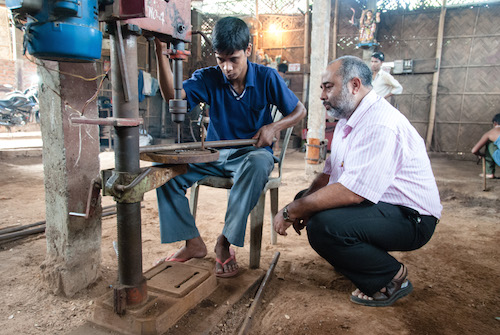 Founded in 1994, CRD aims to create sustainable livelihoods for poor families in North East India by using local resources and focusing on skills development. One of its main areas of work is designing and implementing income generation programs for the multitude of landless labourers, youth, and small traders who migrate to urban areas in search of work. These individuals often become 'Rickshaw pullers,' but are forced into life-long bondage as the 'Rickshaw owners' take a lion's share of their daily earnings. CRD has launched The Rickshaw Bank to help them become self-employed through a unique revenue generation and credit scheme. Led by Ashoka Fellow Dr. Pradip Sarmah, CRD is being replicated in the cities of Assam and Noida in the state of Uttar Pradesh, and continues to break the binds of poverty for many migrant workers.

CRD proposes to create a corpus fund of Rs. 35 lakhs from corporations and individual donors, which will be used to purchase 500 rickshaws at Rs. 7,000/. This unit price also includes insurance, license, and uniform costs. The sponsors can advertise on the rickshaws free of charge for five years, thus gaining visibility in a new market. In addition, the National Committee for Promotion of Social and Economic Welfare, Ministry of Finance, and Department of Revenue are considering providing donors with a 100% tax exemption under the Income Tax Act. Oriental Insurance insures each rickshaw at Rs 7000, the puller for Rs 50,000 and two passengers for Rs 25,000 each. Meanwhile, the back of the rickshaws can be used as prime advertising space at Rs 7000 per rickshaw.

The rickshaw pullers will hire the rickshaws daily for Rs. 20/-, allowing The Rickshaw Bank to collect Rs. 10,000/- per day. After covering administrative expenses, the remaining money will go toward purchasing new rickshaws. The daily payments will be considered as repayment toward the total cost of the rickshaw, and the puller will own his rickshaw 10-12 months after the initial payment.

After the first group of 500 rickshaws are purchased and delivered, future beneficiaries will be encouraged to deposit Rs.5/- per day with the Bank as advance payment on the rickshaws. This will enable the Bank to increase the number of rickshaws it purchases periodically and the number of rickshaw pullers it can directly serve. Ultimately, this model will allow the Bank to expand in a sustainable manner while helping to inculcate the habit of credit and saving among the Rickshaw pullers. 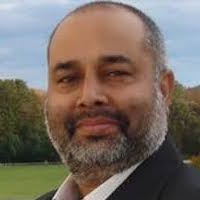 Pradip Sarmah was elected to the Ashoka Fellowship in 2001.