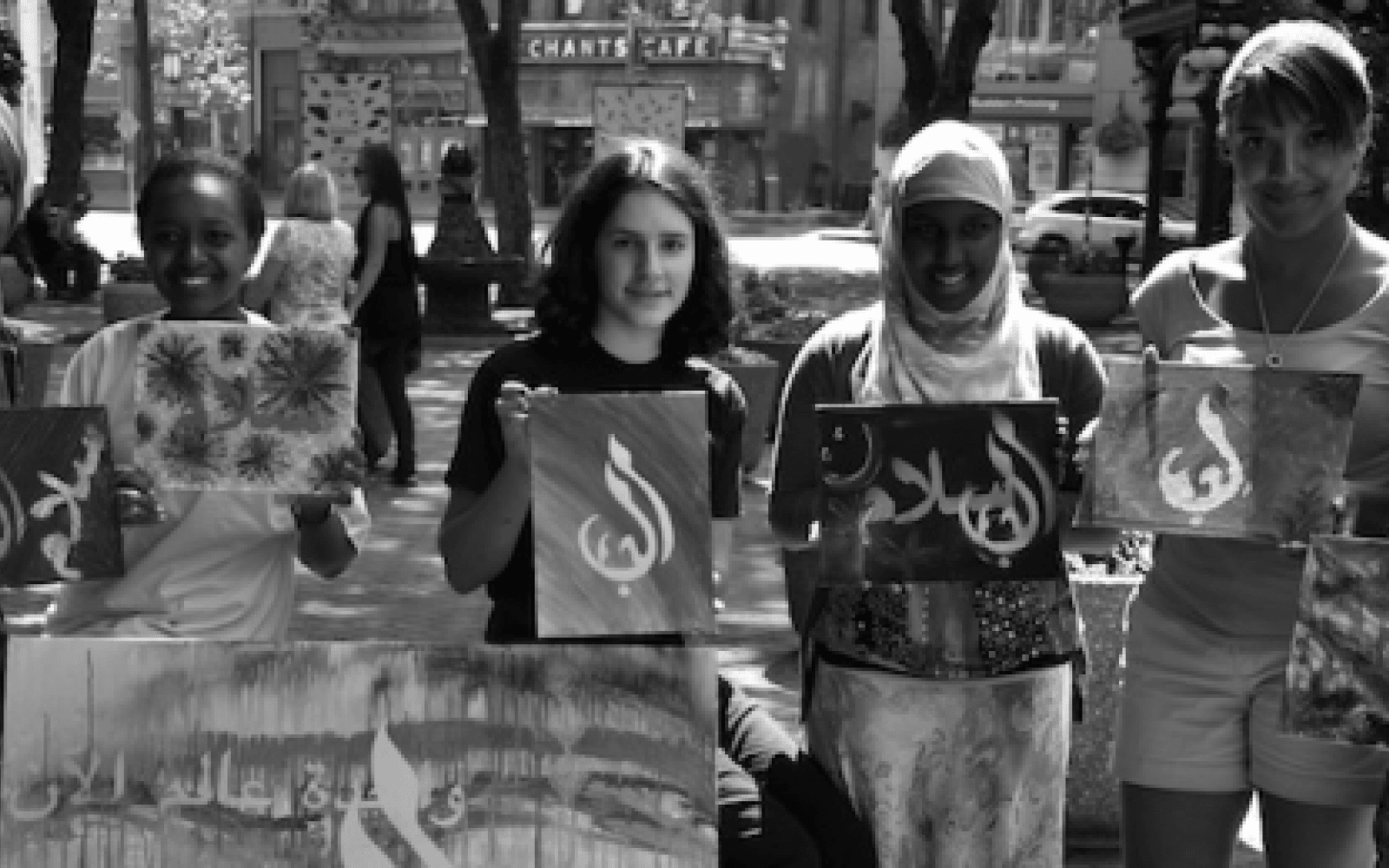 Kristin Hayden, the founder of the Seattle-based OneWorld Now!, faced her share of rejection while trying to get her global leadership organization off the ground. She spent two years trying (unsuccessfully) to raise grants. When things looked bleak, Hayden stayed on course by reminding herself of the importance of her vision -- making sure that low-income youths had access to great leadership development and study abroad opportunities like their more affluent counterparts.

Today, OneWorld Now! is a highly regarded global leadership program. Its two-year structure gives Seattle area high school students the time they need to build leadership skills, learn languages like Chinese and Arabic, and explore cultures in preparation for a semester or year abroad. To date, OneWorld Now! has graduated more than 1,000 mostly minority, low-income youth, all of whom have defied demographics and gone on to college. The organization is currently accepting applications for its next two-year program, and its 2011 summer program which is open to all students able to travel to Seattle.  Here, Hayden talks about the challenges she's faced and her vision for the future.

Dowser: Launching a social venture takes chutzpah. How did you develop your sense of agency?
Hayden: When I was 15, I studied abroad for a year in South Africa during apartheid on a Rotary Exchange scholarship. Because of the experiences that I had there, I went into my teens with the confidence and belief in myself that I could do anything.

Why South Africa?
It was in the news all the time, but nobody knew people from there. I wanted to understand what those experiences might be like. I came back with a commitment to social justice and a passion for study abroad. It absolutely influenced the work that I am doing today.

After you finished school, you lived abroad and worked some pretty interesting jobs, from running a pharmaceutical company in Moscow to playing in a Parisian acid jazz band. When did you decide to start OneWorld Now!?
After traveling and being an ex-pat for seven years, I decided that if I were going to stay in the States, I had to manifest this vision I had for OneWorld Now! and put it into action.

One thing that stuck with me from my past study-abroad trips was that all the students I traveled with were white and affluent, which perpetuated a stereotype for people abroad of what it means to be American. I saw the downside of this, and wanted to counteract it.

Why didn’t you continue to live abroad and be a one-woman stereotype killer?
When I made the decision to come back to the States, my biggest resistance to being here was my frustration with Americans’ disconnection from the rest of the world. I decided to be proactive and do something about the things that used to push me away. It was a very conscious choice to stop complaining and be part of the solution.

How does OneWorld Now! realize your personal vision?
The program model of language, leadership, and study abroad is a culmination of my vision for 21st-century global citizens. We’re still one of the only programs in the country giving under-served high school students the critical language and leadership skills to prepare them not just for their study abroad experiences, but for the rest of their lives.

What else makes OneWorld Now! unique?
We are the only program in the country that actually takes a year to prepare students and then sends them abroad. A year beforehand, we help students for their time abroad – which can be a semester or a year – by giving them critical language and leadership skills. The languages that we’ve strategically chosen, Arabic and Chinese, are not typically taught in public schools.

What do they do while abroad?
During their experiences abroad, they live with host families, do service projects, develop their own projects, and continue their language studies. Then, they come back after a year, and they continue the language and leadership component, as well as a mentorship component.

You also focus on preparing students for college. How and where does this fit in to OneWorld Now!’s work?
When I first started the program, I was coming from my middle-class perspective, which was assuming that most of these kids were going to go onto four-year colleges. I was coming from a family that encouraged me; it wasn’t even a question – was I going to go to college? I quickly realized after the first year that it was definitely not the typical mindset of most of our students, and that this was an area where we could have a big impact - and we are!

What does this look like? SAT prep? Mentoring? Nagging students about their grades?
It’s more about really taking the time to be involved in their lives, giving them these projects that engage them and put their minds and passions to use. Then, they understand that part of being a successful leader is getting a good education as well.

What’s your vision for the next few years?
Our vision is to be a model for others to replicate and duplicate. We also want to expand our program globally; we want to create versions of OneWorld Now! in the Middle East and China. The bigger vision is about providing access to transformative international experiences for young people all over the world. For the first time we’ve been exploring ways of hosting international students here to create a true exchange.

What was a crucial decision you made in OneWorld Now!’s startup phase that has contributed to its success?
Developing a well-respected and credible board of directors.

What about your most significant challenge?
We started right after the dot-com bust and no one wanted to fund new ideas. I just remember the atmosphere was horrible for funding. I’d been abroad for seven years, so I was new to the community here. And I was young. All sorts of things were going against me.

That must have made funding difficult.
The funding was so hard. I look back at those times – two years of pain and no money – and I don’t know how I made it through.


What was the tipping point?
What changed everything was this big grant proposal we’d written to the Freeman Foundation, which funds all the Asian studies programs at major U.S. colleges. We’d asked for half a million dollars; they basically laughed at us. They loved our idea, but we clearly had not yet proven ourselves. They wrote us a letter saying, ‘Good luck kids. If you can raise $100,000, we’ll give you another $100,000.’ That letter was like gold for me.

Solid, motivational gold.
Yep. Then we got our first big break and everything was boom, boom, boom, after that. There was a competitive grant from the Jack Kent Cooke Foundation for the nation’s most innovative after-school programs. We got that. The money got us started, but it was the recognition that really made the difference.  Then, the Bill & Melinda Gates Foundation decided to fund us, too.

When everything seemed discouraging, what carried you through?
There were moments of truth where I asked myself, ‘Is this really worth it?’ But at those key moments, a couple of people close to me said, ‘Kristin, it’s OK, you’re not going to be considered a failure if this doesn’t work.’ They were giving me permission to let it go. That actually motivated me; it got the fire under me to make it happen.

This interview was edited and condensed.

* Kristin Hayden: Check out Hayden's Ashoka profile, with a cool embedded video.
* OWN! Abroad: Read the study-abroad blog, where students detail their experiences in their own words.
* in my O.W.N. words: Visit Hayden's blog for timely and exciting updates on the program.