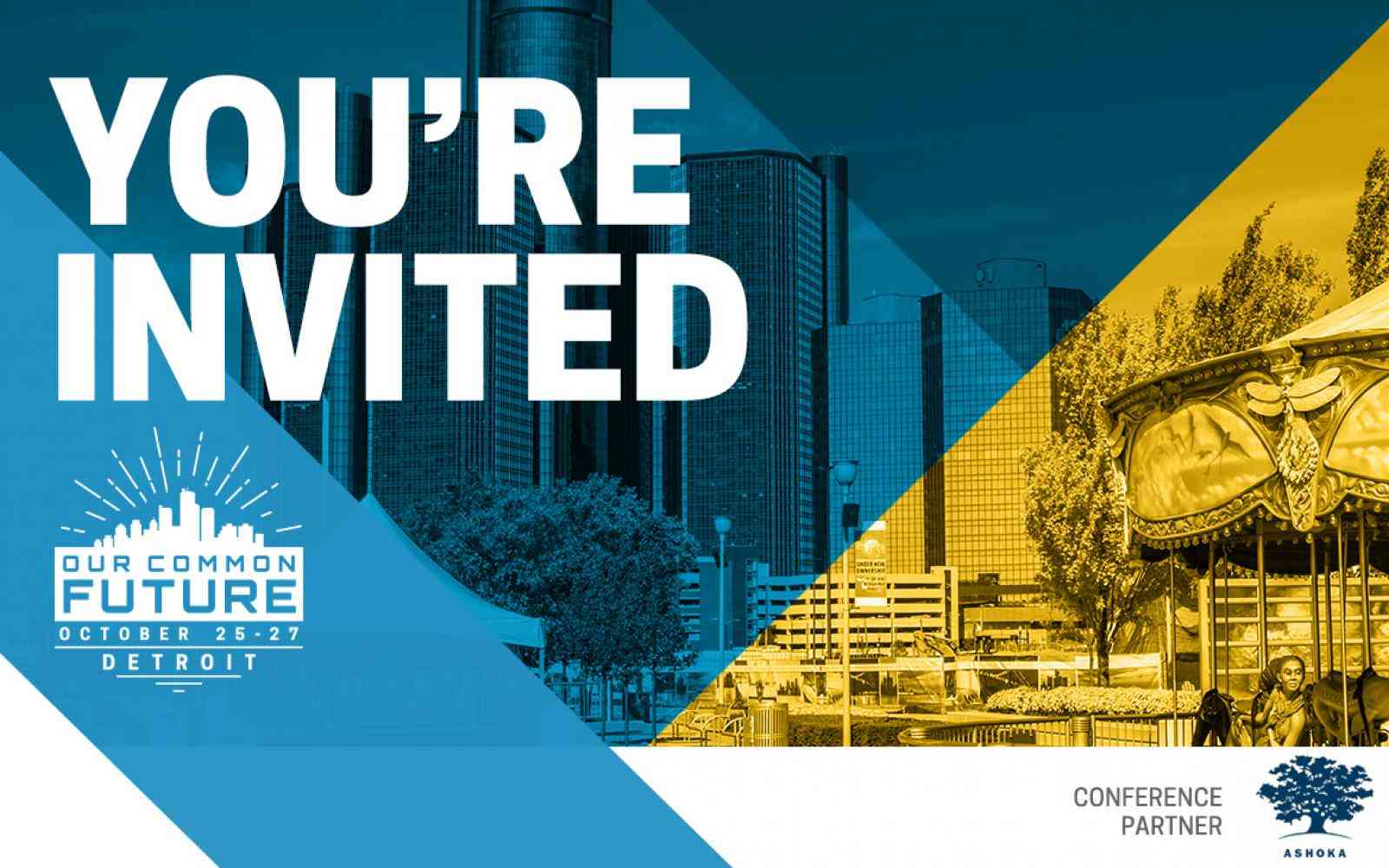 “You simply can’t address the challenges that we are facing unless in partnership.” So says Ashoka Fellow Jeff Dykstra, founder of Partners in Food Solutions, just one of many social entrepreneurs working within and across sectors as they target the systemic problems pervasive in the United States and beyond. Whether it’s economic inclusion, housing, gun violence, aging, or any of the myriad issues we face, there is little doubt that great partnerships make great work possible. This year, Ashoka is proud to be partnering with Independent Sector for their conference Our Common Future 2017.

At Ashoka, we are working towards building an Everyone a Changemaker World: a future in which people everywhere are inspired, supported, and able to implement solutions to the challenges they see around them. For 35 years, we’ve found exceptional changemakers from around the world, and guided them to grow unexpected ideas into transformative social progress. They come from big cities and small towns. From fishing boats and Indian reservations. From all across America. And they all have one thing in common: a breakthrough idea, in action. We’ve found a mother who transformed truck drivers into a first alert network to fight human trafficking. An avid backpacker who activated others to support conservation by collecting data on the trail. A former rugby player who now teaches 1000 schools across the country how to achieve more by playing more.

On Wednesday, join us for Ashoka Day, highlighting the latest of what we’re learning from the nation’s leading social entrepreneurs. Join a  Fellow-led session about bridge building on sticky issues that divide our country. We’ll close with an All America reception that introduces publicly for the first time the 14 members of the new 2017 cohort of Ashoka Fellows.

On Thursday, join U.S. Venture and Fellowship Director Simon Stumpf or Fellows Kara Andrade and Sarah Hemminger as they discuss what the future of unlocking systems-changers looks like, what youth led journalism in Central America can accomplish, and how you can heal an entire city through creating volunteer families.

On Friday, Ashoka will be taking its virtual Huddles model live for the first time with members of our 2016 cohort in real-time, in-person learning circles. Working with the Independent Sector network and our own, we’ll dig into questions about how to scale human to human connection, how to manage database partnerships, how to pull off joint fundraising and more.

That Our Common Future is taking place in a city of changemakers like Detroit only has us more excited to make it the home of our cohort launch and partnership with IS. Home to leading changemakers of all stripes, a thriving art community, and people with the courage and wisdom to build the future they want to live in, we couldn’t think of a better place to be during this important moment. See you there!