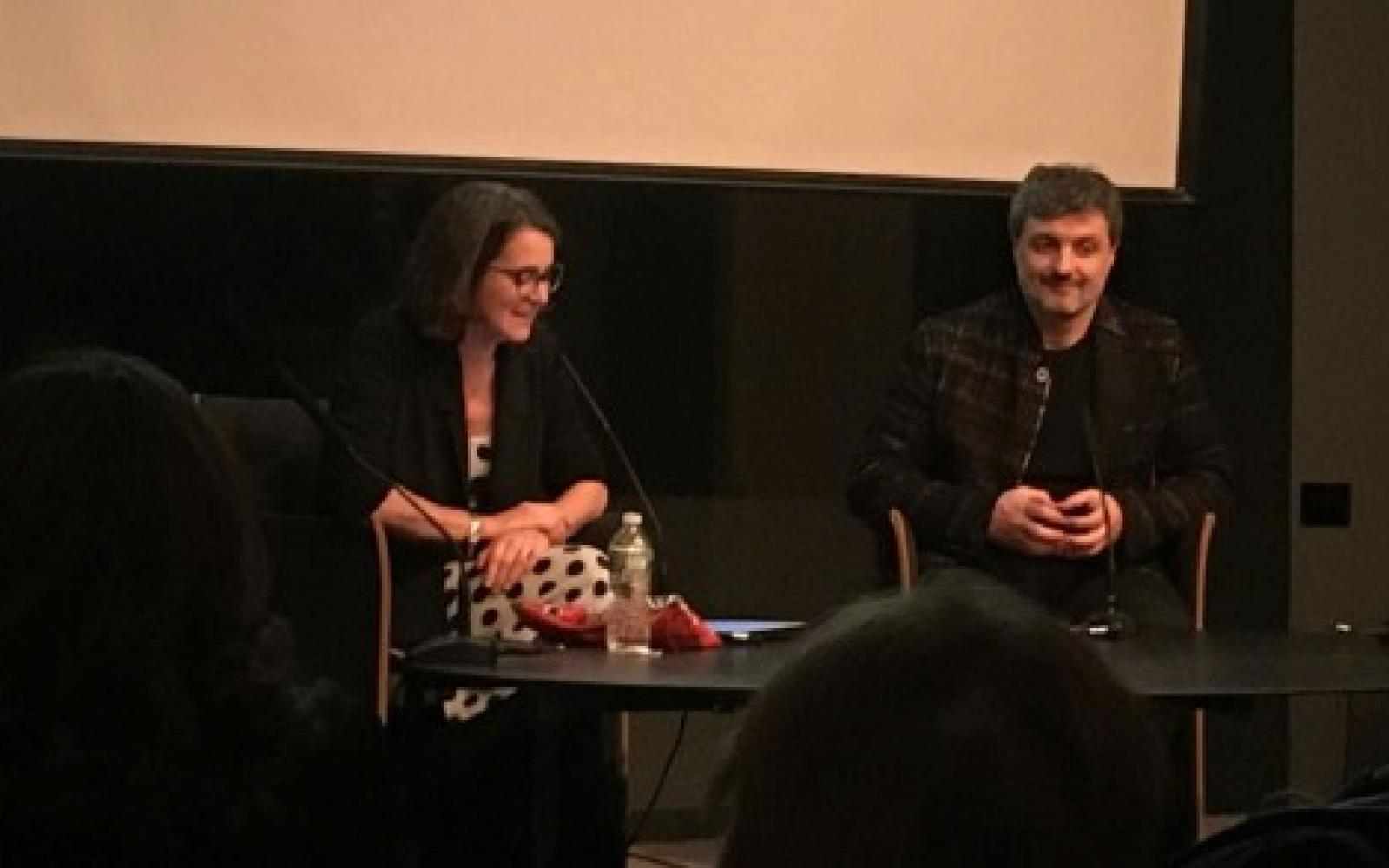 Ashoka Italia is now operating in both Rome and Milan. Two social entrepreneurs selected by Ashoka as Fellows presented their work and vision of change at the Italian Embassy in the U.S. last week.

Riccarda Zezza described what being an Ashoka Fellow means to her:

"Ten years ago, I used to work for Nokia and I was responsible for social investments of Nokia in Europe, Middle East and Africa. And I got to know Ashoka, and I thought it was an amazing organization. I was really impressed, because if you know the social environment, you know that what they do is exactly what is needed. And it’s not easy. But 10 years ago, I was a manager in Nokia and I would have never, ever thought in my whole life that I would be an Ashoka Fellow.

"On a personal level, it makes a huge difference. . . . If someone like Ashoka selects you and they decide you are an Ashoka Fellow, somehow you feel a lot of energy added to you. Because you think they know what they’re doing, probably more than you do. So it’s really important, this is on a personal level. It gives you a lot of strength.

"When someone like Ashoka comes in and says, 'What you’re doing is really important and it can really change the world'—we don’t think about it. They tell us, we don’t think about it. But then they tell you that you really can do it. They not only say it, but they know they kinds of challenges you’re having; and not everybody knows it. So they help you even just being there, but they're doing much more than that, and you can see it here.

"So they make a big difference. I haven’t met any other organization which does this, so I think it’s amazing."

For more on Riccarda's work, read Empowering Mothers in the Workplace, and visit: Piano C and Maam

How can you help Maam succeed? They are looking for:

You can reach Riccarda at [email protected]

Vincenzo Linarello on what being an Ashoka Fellow means to him (translated from Italian):

"To me becoming an Ashoka Fellow has been crucial, in particular because it has put me into a global network that could really represent a turning point in my vision.

"In 13 years, starting from zero—with no public money, just with our hard work and loans from banks—we have managed to create something that is large and functioning in our region, and quite unique.

"Even some of the members and affiliates of the ‘Ndrangheta are beginning to think that we are a better alternative and switching sides. We now have learned a method that ethics, when it actually works, is the most powerful instrument."

[Alessandro translates:] "They are ready for the next step, ready to raise 50 million euros. A large quantity, but that’s what it will take them to start the final battle. . . . In 10 years, they will destroy the mafia in the region."

You can reach Vincenzo at [email protected].

To stay in touch with Ashoka Italia, visit their website and email Alessandro Valera at [email protected]. Please consider making a donation to support their work—don't forget to write in "Ashoka Italia" to the Notes/Additional Information section of the donate page. We hope you'll stay connected with Ashoka on Twitter and Facebook, and sign up for our newsletter.

A special thank you to Nina Gardner and the Italian Embassy for hosting Ashoka's launch event.

Please consider joining the Ashoka Support Network (ASN), an initiative of Ashoka, the world’s largest network of social entrepreneurs. Building on Ashoka’s vision for a world where Everyone is a Changemaker, the ASN is a global community of successful leaders in their own fields - men and women with a passion for creative and entrepreneurial change - who share Ashoka’s understanding that entrepreneurs are the primary engine for economic and social development. The Ashoka Support Network envisions a world where there will be no more walls between the citizen sector and any other sector. A world where leaders from all fields and social entrepreneurs work together to solve society’s most pressing social problems. Learn more