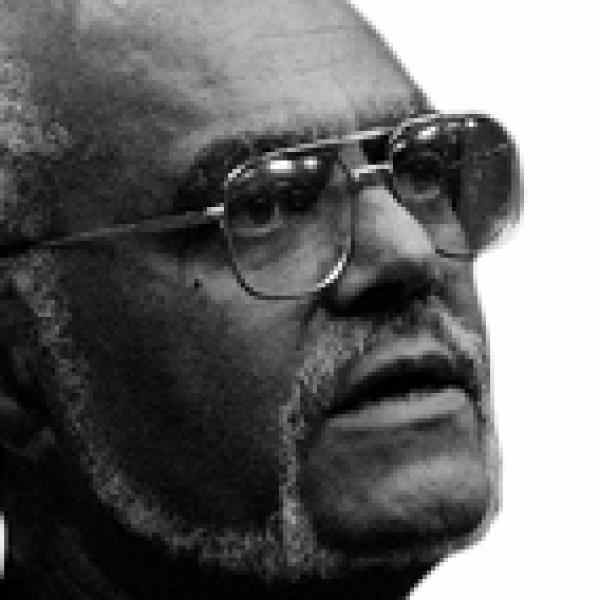 Facebook
United States
The Algebra Project
Ashoka commemorates and celebrates the life and work of this deceased Ashoka Fellow.

After playing a pivotal role in the civil rights movement, Robert P. Moses turned his focus to promoting equal education. He launched the Algebra Project to spread math literacy, a gateway skill that gives minority students the opportunity to succeed in the new tech-based economy. In much the same way he helped organize Mississippi communities to demand the right to vote, Moses is helping to build a national movement to fight for equality in education as a Civil Right.

For the past four decades, Moses has worked to mold the United States into a nation of equal opportunity. He played a pivotal role in the civil rights movement, ensuring that all citizens, regardless of race, have the power to exercise their constitutional rights. Recognizing that his work was far from over, Moses seized on the idea of math literacy as one route to leveling the socioeconomic playing field for minorities. In the new tech-based economy, math literacy is an essential component of college admissions and most jobs, as well as full citizenship. Without it, minorities are excluded not only from many upwardly mobile professions, but from the basic substance of citizenship. Moses realized that helping middle school students acquire basic algebra skills would allow them to get into honors and advanced math courses in high school, and thus put them on a path to success in college and beyond. He developed the Algebra Project, a math curriculum and model that reached 10,000 middle school students and 300 teachers per year across twenty-eight cities in the 1990s.

This effort was greatly diminished by No Child Left Behind (NCLB) and the emphasis on teaching to and preparing for state tests. Rebounding from NCLB the Algebra Project and its offshoot, The Young People’s Project (YPP), began a coordinated strategy at Lanier High School in Jackson, Mississippi in 2002. They asked students in the bottom quartile at Lanier to double up on their math for their four high school years and take aim at the country’s three gate-keeper examinations: State subject matter tests, the ACT and/or the SAT, and university readiness tests for college math. After school, on weekends and during the summer, they asked this “cohort” of students to participate in YPP programs as well as summer institutes run by them and participating universities. A small network of university mathematicians rolled up their sleeves, rolled out their thoughts and helped secure funding from the National Science Foundation to develop instructional materials for two such “cohorts,” one at Lanier and the other at Edison High School in Miami: Students from the “bottom” willing to accelerate rather than remediate their way through high school mathematics. In Miami, with guidance from the Center for Urban Education and Innovation of Florida International University (FIU) and funding from the Children’s Trust, the Project together with YPP created a six-week residential summer immersion course at FIU for the Edison cohort of students. The summer institute embeds math in a larger context designed to enable students to see education as a means of upward mobility—teaching them to take responsibility for their learning and advocate for better schools.

The Algebra Project and YPP are now working to initiate a national conversation on a Quality Public School Education as a Constitutional Right. Starting with the pilot program at Lanier High School, they are building cohorts of minority students who are proactively taking control of their education—and demanding their right to learn. In effect, they are building a tide of demand for better schools from young people who will change the U.S. Constitutional foundations for public school education in the same way that the civil rights movement changed it for the right to the vote.

The civil rights battle is not over—it has simply moved to a different venue. While Moses’s work in the 1950s and 1960s helped knock out de jure segregation, de facto segregation remains rampant throughout the U.S. Although minorities in the U.S. have realized their political rights, their economic situation is still largely in shambles. A lethal combination of poor schools, few role models, and little hope has kept the majority of those on the low end of the socioeconomic scale from rising even into the middle-classes. Without economic power, historically disenfranchised groups will never have the tools to exercise complete citizenship or play a significant role in the nation’s democratic process.

The Algebra Project and YPP have seized the window of opportunity opened by an economy based more on information than industry. If minorities are not math literate, they are disenfranchised from a huge and growing number of jobs. While other programs to promote math literacy exist, many are targeted at college students (the Mathematical Association of America) or are temporary workshops (the Math Literacy Tour, sponsored by DigiBlock). Moses believes it takes an early start and years of continuous follow-up for children to develop the mental structures they need to build math skills.

In 1971, the Supreme Court ruled that the Constitution does not give a substantive federal right to education. It was a blow to the movement working for civil rights in education, which began to pursue legal action on a state-by-state basis. But in fact the greatest inequities in education do not occur within states, but between them. The Project and YPP believe the solution can only be at the federal level, with a Constitutional Amendment.

The Algebra Project and YPP have benefitted from skills developed and honed in Mississippi during civil rights work on the right to vote. Mobilizing students and communities to demand better schools is key to the success of the project; just as organizing African American sharecroppers at polls in Mississippi was the key to gaining the vote.

The Algebra Project launched by Moses and a few parents and students at the King Open School in Cambridge, Massachusetts in 1982 now operates with an annual budget of $2.5M and twenty-two sites exist across thirteen states and twenty-eight cities, with a focus in rural and urban areas of the nation. YPP launched in Jackson, Mississippi in 1996 by Omo Moses, with students from Brinkly Middle School in Jackson as well as Algebra Project graduates from the King Open School. YPP recruits and trains college and high school students of color as math literacy workers who use math games to help elementary students to learn to enjoy math and destroy the negative stigmas attached to academic success.

From California to Arkansas, the Project’s “guerrilla” efforts are proving to be successful. Eighth grade Algebra Project students at Mississippi’s Brinkley Middle School scored two points higher than the average high school student on the state’s algebra exam. In a San Francisco middle school, 56 percent of black Algebra Project graduates took college-prep courses in the ninth grade, compared with only 24 percent of a nearly identical demographic group that did not use the Algebra Project method, and 75 percent of students in Weldon, North Carolina, an Algebra Project school district, scored above their grade level on state tests.

The Project doesn’t only affect children however, it has given many teachers fresh motivation and hope. The Algebra Project sponsors three-stage programs in which teachers re-think their methods and become familiar with the project’s curriculum, which includes innovative field trips, games, and raps to make math accessible and fun. The Project and YPP continue to develop and spread fun math games, pushing for their broad adoption in every school and neighborhood as the equivalent of inner city basketball.

Moses grew up in Harlem in a low-income, closely-knit family. He attended the celebrated examination Stuyvesant High School and later Hamilton College, where he was one of three African American students in the college. Moses’s mother died two years into his graduate studies at Harvard University, and his father consequently endured a breakdown, forcing him to return to New York and support himself as a school teacher at a the Horace Mann Bronx prep school.

When the sit-ins surged onto the national radar screen in 1960, an eye-opening visit to his father’s brother, Bill Moses, an award winning architect at Hampton Institute in Virginia, drew Moses into the civil rights arena. He soon found a position as a Student Nonviolent Coordinating Committee field secretary and headed its voting rights project in Mississippi—eventually serving as the co-director of the Council of Federated Organizations, which played an essential role in coordinating efforts of the many civil rights groups in the state. Moses is credited with being the driving force behind the Mississippi Freedom Democratic Party, which garnered national attention when it challenged the state’s all-white delegation at the Democratic National Convention.

After the civil rights movement began to wind down, Moses and his wife Janet raised their family and taught at the same secondary school in Tanzania for six years before returning to Cambridge, MA, so he could pursue the doctoral studies he had left behind twenty years before. In 1982 Moses received a MacArthur Foundation grant for his civil rights work; at the same time his eighth grade daughter decided that she wanted to take algebra, a course her middle school did not offer. In an attempt to accommodate her needs, her teacher suggested that Moses come into school and teach the course to his daughter and the three other interested students. Since the grant had lifted his financial burdens, he jumped at the opportunity. That small group of bright but under-resourced youngsters became the inspiration for the Algebra Project.

Despite the fact that Moses has been working constantly to promote social change for the past four decades, he shows no signs of slowing down or passing his brainchild on to another visionary—he is still in the role of president of the project and is driving it to further impact. Moses has lectured at many colleges and universities, and wrote his memoirs, Radical Equations, which intertwines the principles of the Algebra Project with his dedication to his civil rights work.