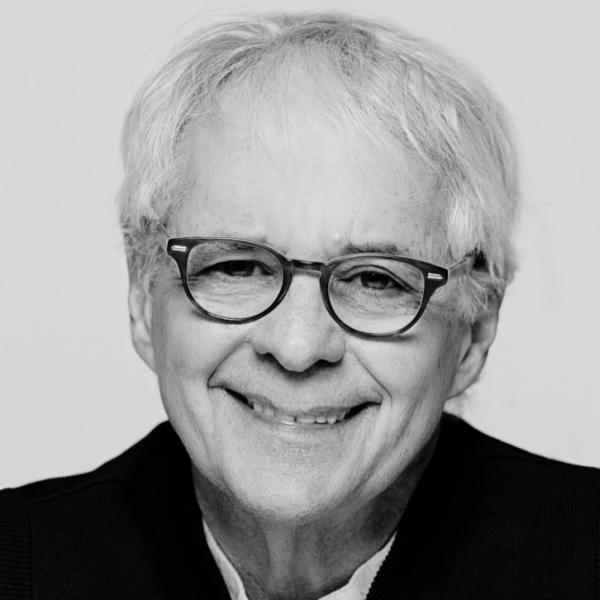 Dr. Gilles Julien has redesigned the profession of the pediatrician to fundamentally transform today’s “sickness and disease” system into a health system that is truly preventive and community driven. Social pediatricians provide tools to communities and families that create a support network for children to embrace their physical, cognitive, emotional and cultural needs, and to guarantee that each child is monitored and supported as she/he develops.

Dr. Julien has created a new field of “social pediatrics” in Quebec with the goal of forever transforming the way the health care industry approaches childhood illness and youth development. Social pediatricians aim to understand and address the environmental, socioeconomic and family conditions that contribute to childhood illness and work closely within communities to tackle problems like malnutrition, school dropout, and behavioral problems at their roots. Rather than treat illness once they’re well-formed, Dr. Julien focuses on the complex factors that contribute to illness and developmental problems. For Dr. Julien, the responsibility of the physician should lie well beyond the walls of the clinic.

The field of social pediatrics puts particular emphasis on physical proximity with children in their day-to-day environments. Rather than limit contact with doctors to sterile hospital rooms and clinics, social pediatricians work closely with parents in the children’s homes to create physical, psychological, and emotional bonds that are critical to a healthy development. This new field is also characterized by its inclusiveness—bringing together school teachers, social workers, policemen, volunteers, and others as key actors in this more comprehensive health care.

The goal of a social pediatrician is to develop a local system of integrated services that address both, prevention as well as treatment or rehabilitation. Key components of their work are: Active screening to efficiently identify children who are at higher risk; early intervention to manage difficulties before they get worse; intensive support during difficult life transitions for the children and their families to prevent neglect, abuse, or school dropout.

Dr. Julien believes the most innovative part of his idea is that it ensures community mobilization around a “child-related” project: First to support the child’s harmonious development, then to renew the valuable and fundamental role of the family, and finally, to assert a new role for the community to support children and their families.

In Canada one in four children live in conditions of poverty. Malnutrition, illness, and disease all affect their development. Our “at-risk children” often fall between the cracks of compartmentalized social services; which seriously threatens their capacity to develop as healthy adults.

Because socioeconomic conditions often lie at the root of children’s health, it is no surprise that visits to the pediatrician are up to four times higher in impoverished areas than anywhere else in Quebec. Unfortunately, children that receive medical treatment and medication return to the same environment that caused or contributed to their medical condition. These children often arrive at school with serious physical, behavioral, emotional, and developmental problems that affect their academic performance. An alarming number do not complete secondary schools, a decision that will have a considerable effect on their chances of success in life, as well as on their children later.

This vicious cycle felt by disadvantaged communities is symptomatic of a challenge faced by society at large: Poor children are generally put aside in terms of access to good medical care, play areas, school support, and guidance from adults who are important and involved with them. Poor children are increasingly left alone, to fend for themselves in “survival mode” rather than in a framework to help them develop and grow.

Canada’s health care is publicly managed, comprehensive and universal; meaning all necessary health services, including hospitals, physicians, and surgical dentists, must be insured and that all insured residents are entitled to the same level of health care. And yet this publicly managed system is highly bureaucratic and narrowly discerns health as the absence of illness, failing to consider preventative measures that can be taken at the family, school, or community level.

There are also a number of unhealthy trends in the current health system. First, pediatricians are offered financial incentives to maximize the number of patient visits, regardless of the effectiveness of their treatment. Second, more pediatricians are folding to the demands of parents who want “quick fixes” and “as seen on TV” solutions for their children, most in the form of prescriptions. Third, medical schools in Quebec train new pediatricians to almost exclusively treat illness and disease with medication. Finally, school systems, parents, and communities, remain largely unaware of the role they can play in the health of children, and the medical community has done little to incorporate them.

Dr. Julien started to study how to change the profession of pediatricians 17 years ago. After six years exploring different options he came out with his first new model, called Assistance for Children in Difficulty (1997). He managed the program with resources from the community and refined it; in 2003 he revealed the Center for Preventative Services for Children (CPSC) program.

The second level is convincing the Provincial Government to formally recognize the profession of social pediatrics and incorporate it into Canada’s health system. This begins with assigning a competitive salary to the position—Dr. Julien aims for a salary that is one-third the salary of a traditional pediatrician, because he wants only the most socially responsible doctors—who are committed to social change—on his teams. This more modest salary avoids the discomfort of the traditional pediatricians’ salary which is 15 times higher than the average salary in Canada.

Finally, Dr. Julien is developing a function of public advocacy to promote children’s rights and pediatric reform. He is establishing strong partnerships in Europe, the U.S., and South America, where he works with several Ashoka Fellows in Brazil and Argentina. He seeks to create lasting links with international communities to advance his work, to refine his thinking and strategies, to learn about the successes and challenges of others, and to begin expanding beyond the national level.

Dr. Julien’s strategy to expand his model begins with the consolidation of his social pediatrics pilot projects in Montreal. Although they have been running for some time, it is only now that Dr. Julien feels that they have been refined to the point that they can be replicated, keeping in mind that in each community a different organizational design will be required, given that each faces unique social and environmental challenges.

Dr. Julien has recently created a Foundation to oversee the replication. The Foundation will ensure that every new project maintains the philosophy and values of his model. But the Foundation has another purpose: Building partnerships with the private sector to fund future growth. Learning from the past, Dr. Julien will avoid relying too heavily on government funding because of the risk of bureaucratizing his model and taking control away from the communities where it belongs.

Asked about his motivation, Dr. Julien said: “I grew up in a family that encouraged me to serve those in need. A turning point in my life was when I worked in the Comoros Islands with impoverished children. Seeing them, with scarcities and famines, without essential medical care but with strong support from the family and the community; and remembering poor children in Montreal, living without emotional ties, abused and rejected, without community support, pushed me to think of a new child support model for North America.”

He returned to Canada and moved to the north of Quebec, where he worked for six years with the Inuit. He worked as a pediatrician during the day and as a radio host in the evenings, focusing on community health issues. He started an ear infection prevention program after realizing that it was primarily caused by cigarette smoke inside the house. After this program began, the rate of deafness among children, which was 25 percent among Inuit children, was reduced by half, and the number of infections diminished considerably. He also created an aboriginal midwifes program, which respected Inuit traditions while avoiding exorbitant costs for families who previously had no choice but to travel South to give birth.

He returned to Montreal and worked in a Community Health Center. In his free time he offered free home visits to the poorest families and soon realized he needed help to deal with emotional, behavioral, and developmental problems. A school became very interested in his work and offered him support and a restaurateur gave him space to organize an office in the community. Soon a nurse joined him. The owner of the building where Dr. Julien currently does his work offered him free rent for ten years because he believed in the importance of his work.

With the support of a private foundation, Dr. Julien has been able to expand his pilot project to eight schools and currently, 1,000 families are involved.

Dr. Julien is a director of the European Society for Social Pediatrics (ESSOP) and a member of the Club de Pédiatrie Sociale.