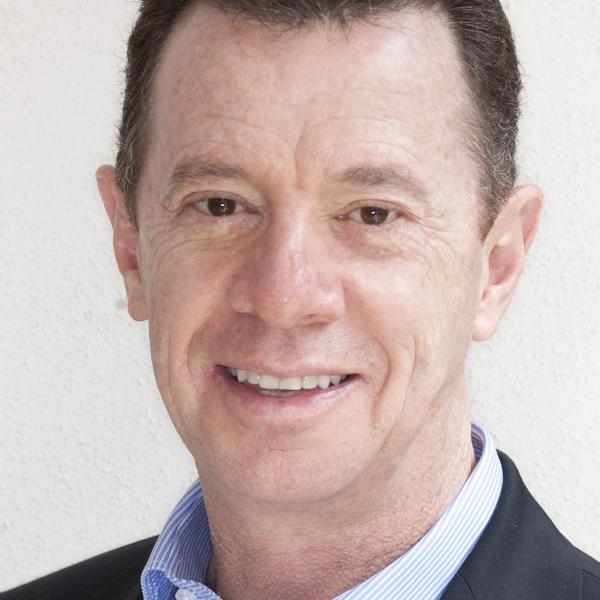 Drawing upon years of experience in the housing industry, Francesco Piazzesi Tommasi is addressing the lack of decent housing for Mexicans at the bottom of the pyramid through Échale a tu casa! This auto-construction model is focused on community-based financing and construction of safe, ecologically friendly, and adequate homes, in order to offer both dignity and (re-sale) value to low-income homeowners.

Through his program, Échale a tu casa! (Give your house a go!), Francesco has created a community-based model to help Mexican families at the bottom of the pyramid build their own homes. Échale is designed to bring community organization to the commonplace practice of self-construction in rural areas, in which families generally fend for themselves rather than work together. The centerpiece of the model is a local housing committee appointed by each community that assumes responsibility for the project along with the professional support of the Échale team. All construction work is done collectively, with teams of neighbors pooling their labor to help each other build their homes. Échale’s social franchise replication model—which Francesco is now beginning to pilot—is also community-based, with local leaders assuming supervisory roles over multiple community construction projects in exchange for a commission.

Another key element of Échale’s approach is the financing model via a legal structure known as a sociedad financiera comunitaria (community financial society) or SOFINCO in Spanish. Families who put their savings into a SOFINCO fund are essentially buying owner’s shares in that fund, allowing their savings to be leveraged as a financial guarantee to obtain loans from the government or private banks. This overcomes the biggest financial barrier that families at the bottom of the pyramid face in Mexico: The inability to furnish a financial guarantee for credit. The SOFINCO funds, which are managed by the local community housing committee, can be combined with federal housing subsidies to finance an Échale self-construction project in that particular community.

The final innovative component of Francesco’s model is the use of adobe blocks as the primary building material. Using special equipment known as an Adopress machine, participating families can create adobe blocks quickly and easily using locally sourced dirt. In addition to being much more aesthetically pleasing than the cheap, low-quality materials that are traditionally used in self-construction, the resulting adobe blocks (known as Adoblock) are also light, resistant, and environmentally friendly. Since the Adopress machines are simple to operate with minimal supervision, community members can assume responsibility for nearly the entire building process from raw materials to finished homes.

Shoddily constructed or half-built abandoned houses are a common sight throughout rural and suburban Mexico. According to government estimates, 4.5 million families in lower socioeconomic brackets (i.e. 20 percent of the Mexican population) lack the knowledge, time, and financing to build safe and decent homes. Most of these families at the bottom of the pyramid do not have access to mortgage financing from Mexican banks because they cannot provide the financial guarantee needed to secure a loan. Instead, they fall into a long stop-and-start cycle of self-construction: Families build one part of a house at a time as their time and savings permit, an approach that is so inefficient that many families take 10 to 15 years to complete construction, if they ever finish at all. Since these families cannot afford to hire professional contractors, the construction process ends up being extremely disordered, with little or no advance planning. Combined with the use of cheap, poor-quality building materials, this lack of expertise often results in houses that at best have no patrimonial value and at worst can be unsafe for the families who live there.

This auto-construction process represents a significant economic loss to many Mexican families who invest years of savings into building something that has virtually no resale value. Another important opportunity cost of self-construction is lost wages from family members who must take time away from their jobs in order to work on their house. Even once they are completed, these poorly constructed houses can have a negative impact on both the physical and the psychological health of the families who inhabit them.

A number of social factors also play a role in the lack of decent housing in rural Mexico. First and foremost, distrust is pervasive in many rural communities where government agencies or Mexican and international citizen organizations (COs) have promoted housing projects in the past. Often these entities have made grand promises but either failed to deliver on them or imposed construction projects that ignored local community needs and preferences. As a result, many poor communities are now suspicious of, and even resistant to outside efforts offering affordable housing solutions. In addition, many of these rural communities have become fragmented by decades of chronic poverty and high migration rates. Much of the social cohesion that once knit communities together has deteriorated, leaving behind families who are focused on their own concerns rather than communal problems and solutions.

The core of the Échale model is the organization of the traditional auto-construction process into a community-based effort. Once Échale identifies the communities that would most benefit from the program with the help of state and local governments, and occasionally COs and philanthropic organizations, Francesco and his team approach the community leaders with an explanation of how the project is structured. The Échale architects always offer to build a model home to gain the community’s trust. In the end, the community must decide on its own whether to implement the project. If the residents decide to proceed, they elect a representative housing committee that becomes responsible for designing the homes, overseeing the project finances, and managing the project overall. Échale provides technical advice and support throughout the entire process as well as the machinery necessary for producing the building materials and payment for the labor that the families contribute to constructing their own homes. Neighbors band together into work groups that jointly produce the building materials and lay the foundations for every new home in the community, thus achieving economies of scale while strengthening social relationships between families. The efficiency of this collaborative auto-construction reduces the average time for completing a home in these communities from several years to just two months.

To solve the financing problem, Francesco recently launched a partnership with Ashoka Fellow Isabel Cruz to create a new type of community fund known as a community financial society (SOFINCO). By law, the SOFINCO fund structure allows families savings to be used as a financial guarantee to obtain government or commercial bank loans. Each family that deposits savings into the SOFINCO is effectively buying shares in the fund, which incentivizes the families themselves as well as the elected housing committee to manage the fund prudently. In general, approximately 10 percent of the cost of a house is covered by family savings, with another 40 percent covered by a government housing subsidy and the remainder financed by loans, although the exact proportions of funding coming from subsidies versus loans may vary depending on the availability of government subsidies.

From the families’ perspective, one of the most valuable aspects of the Échale model is the use of adobe rather than cardboard, metal sheets, or concrete as the primary building material. Using machinery manufactured by Francesco’s family’s 50-year-old business, ITAL Mexicana, Francesco and his team teach the families how to produce adobe blocks (which Francesco calls Adoblock) that are strong, light, thermal, and ecologically friendly. Both men and women of all ages, including youth and even children, get involved in this stage of the construction process, gathering dirt, mixing it with water and small amounts of additives like lime or cement, and using the Adopress machines to create the Adoblock and dry it in the sun. Not only is the Adoblock inexpensive and aesthetically pleasing, but the Adopress machines make the production of the adobe blocks very simple and highly efficient so that non-experts can take charge of the process.

Since 2006, when Échale took on its current form as a community-based auto-construction model, Francesco and his team have helped 2,000 families build their homes in nine Mexican states in addition to consulting on housing projects in other countries like Venezuela, El Salvador, and Haiti. This year Échale is supervising 2,200 more homes that are currently under construction throughout Mexico. While Francesco’s goal is to eventually help communities build 10,000 homes a year, he understands that to truly scale his model, he will have to implement a social franchise model where community leaders with whom Échale has worked in the past will take on a supervisory role for auto-construction projects within a certain geographic region. Échale will continue to manage the back-office operations, including financing, but the day-to-day project management will be in the hands of the community leaders, who will be paid a commission for their work. Other former participants in the Échale program may also choose to employ the construction skills that they have learned to work as contractors in the social franchises new construction projects. Francesco has begun piloting this social franchise model in the states of Aguascalientes and San Luis Potosi, and he expects to implement many more franchises in the next two to three years.

Francesco comes from a family of Italian immigrants who moved to Mexico to escape the effects of the world wars in Europe. In 1957 his father founded a family business called ITAL Mexicana that specialized in the manufacture and sale of construction machinery. Francesco began working for ITAL Mexicana when he was 17-years-old and today he is still involved in guiding the business along with his two brothers. When he first formally joined the company, ITAL Mexicana sold an average of 20 machines per year; now the company sells an average of 300 machines a year via distributors in virtually all the capital cities of Central and South America. The decades of experience that Francesco has accumulated in the construction industry have made him one of Mexico’s foremost experts on housing issues.

Since he was young, Francesco has been motivated to find housing solutions for the poorest families who lack decent homes. In the 1980s, he took the initiative to collaborate with the CRATerre Institute at the architecture school in Grenoble, France to design a machine that could use dirt as the raw material for the auto-construction of homes. In 1985 Francesco tested the first Adopress machine—the same type of machine that Échale uses today to produce Adoblock—in a Chalcan community in the state of Estado de Mexico, and in 1987 Francesco founded the non-profit organization Adobe Home Aid to promote what he called social housing using the Adopress machine. A decade later, Francesco founded Ecoblock International, a for-profit structure that served as the necessary financial intermediary so that communities doing auto-construction and producing Adoblock commercially could be legally paid for their work.

Over the course of many years, Francesco regularly spent up to 30 percent of his work week and a significant part of his personal time on Adobe Home Aid, but by 2003 he could see that truly scaling his idea would be impossible using philanthropic means alone. He decided to enroll in a doctoral program at the Universidad Anahuac to focus on designing a more agile program structure. Francesco received his Ph.D. in 2006 after publishing an award-winning thesis on sustainable housing microfinance. Around the same time, Échale was established as the model that exists today under the umbrella of the pre-existing Ecoblock International. Francesco has achieved widespread recognition for his work, including the federal government’s National Prize for Housing in 2007.