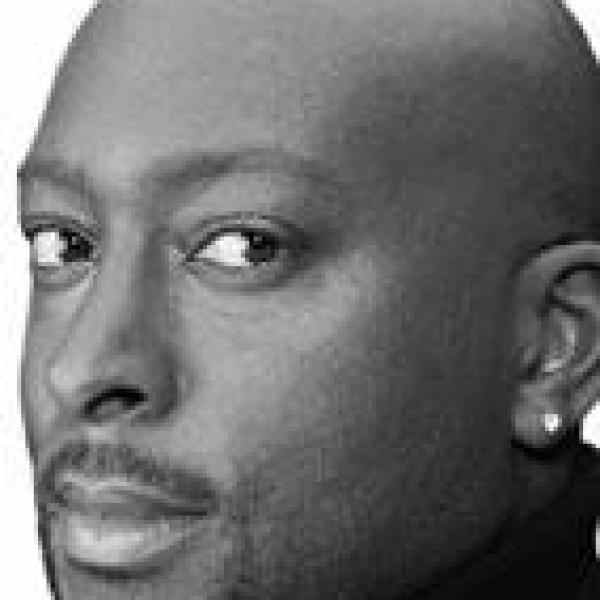 Summer and after school enrichment programs are not new, but they have long been seen as a kind of second-class educational opportunity—a place for children to play sports and do crafts, rather than to be challenged academically through serious, rigorous programming. Earl led the way in shifting this paradigm when he founded Building Educated Leaders for Life (BELL), a structured academic tutoring and character-building program with research-based curricula, certified teachers, regular evaluation, and a rigorous approach to after-school and summer programming.

Today, out-of-school-time (OST) education is one of the primary solutions for improving the academic performance of children, and BELL continues to lead the movement to increase the role of summer and after school programs. No longer viewed as a time solely for enrichment and sports (or as punitive time, in the case of summer school), high-quality OST programs are now defined by “best practices” including: Highly trained staff of professional educators; skills-based curricula; rigorous evaluation; mentorship and social development components; and, a focus on parental involvement. Earl included all of these ingredients in BELL’s programs, and it remains one of the only programs with scientific evidence of its effectiveness.

Earl’s remarkable success is a result of his seeing and addressing a void in the OST educational arena, and creating a program that was more professional, rigorous, and scalable than other efforts to fill that void. BELL’s award-winning program was named one of the “Top 25 organizations changing the world” by Fast Company and the Monitor Group.

Millions of American children do not have access to adequate educational opportunities, and are unable to meet basic proficiency standards in reading, writing, and math. Up to 75 percent of children living in low-income, urban areas are performing below grade-level, and fewer than 50 percent graduate high school.

This situation continues to exist in large part because of a lack of political will, lack of resources, and scheduling based on an antiquated agrarian model, which means that American children receive less schooling than their counterparts in most of the world. In under-resourced areas children receive even less of an education, as schools are overcrowded and teachers are often under-qualified.

Though many solutions are being tested, few have had a significant and sustained impact on student performance. The No Child Left Behind Act has made some funding available for after school programs that help to boost achievement, though the programs that receive funding often focus exclusively on preparing students for the standardized tests that policymakers are increasingly using to measure accountability. Each of these initiatives has merit, but none have produced or sustained the positive outcomes required to improve public education. In addition, public policies designed to increase performance remain under-funded while successful private efforts have found it difficult to scale their work.

BELL offers solutions to many of these challenges. Its programs provide a proven, scalable solution that policymakers can confidently point to as an effective way to improve education. And BELL’s strategies are cost-effective and sustainable. Lastly, they have consistently produced significant results for thousands of children who have been educated, changed, and pushed onward as “scholars” into a fuller life.

Earl has redefined the role of after-school educators. He has developed a system to identify, select, and train OST professionals, who work in partnership with the schools, principals, and BELL staff. Half are certified teachers and half are college-aged tutors. They participate in 16 hours of orientation/training, up to 24 hours of in-service training, and they are supervised and coached by a full-time BELL Site Manager and a Lead Teacher (and often a literacy or math coach from the school). The teachers use a Houghton Mifflin curriculum, complemented by a multicultural reading list of 150 titles. Certified staff members are paid union rates of $30 to $45/hr; the college students are paid $10 to $15/hr. BELL enjoys the strong support of its certified teachers, many of whom work in the same building during and after the school day. They value the extra training they receive from BELL, the sense of being appreciated, and the experience of working collaboratively. They are also motivated by the substantive improvement that they witness in the scholars, and they appreciate the regular evaluation of their teaching, the scholars, and the program. The teacher-to-student ratio is 1:8. The three hour program is divided between reading, math, homework, and social time, all of which are carefully planned to promote both social and skill development (e.g., encouraging scholars to think creatively, problem-solve, and articulate well).

BELL Site Managers act as a school ombudsman, focusing on many aspects of school life, not just the after school portion, which creates a seamless relationship with the schools and enhances the non-academic part of BELL’s mission. Site Managers are also responsible for program expansion.

Rigorous analysis of BELL’s outcomes is important to Earl, and is one of BELL’s unique features in the OST arena. That analysis includes independent evaluations, pre- and post-program exams, site observation, monthly quizzes, parent/teacher/principal feedback, and more. BELL also has a system to evaluate staff performance biannually.

In addition to academic achievement, BELL gives attention to other factors that are important in youth development such as exposure to positive social norms. The teachers and tutors also serve as mentors. And the BELL curriculum includes student-led community service projects, field trips, entrepreneurial projects, and substantive interaction with role models who come from similar backgrounds.

As for the scholars, they are enrolled by principals, teachers, or parents. Scholars are tested upon entry and placed accordingly. (Their actual grade level is not always accurate, plus there is a class for scholars with special needs.) BELL keeps in-depth data on each scholar, in addition to the data initially provided by the principal. BELL staff visit the parents of truant students, explain the program, and invite them to become involved. Parents of scholars meet with BELL teachers regularly regarding their child’s performance, participate in some of the field trips and service projects, prepare potluck meals for program events, and provide feedback through surveys and focus groups.

In 2008 when Earl became an Ashoka Fellow, BELL was in its second year of a five-year strategic plan. The program served more than 13,000 scholars in 64 program sites in Baltimore, Boston, and New York City, plus sites in four schools in Detroit and eleven in Springfield, Massachusetts. Approximately 1,000 teachers are involved. Earl estimated at that time a growth rate for its current program of 50 percent per year, and expects to set a new standard for quality and outcomes in educational after school and summer programs. BELL’s plans include:

• Expanding its OST programs in existing regions and launching programs in new regions, including Broward and Palm Beach counties in Florida. To facilitate tutor recruitment it prioritizes communities that are near college campuses.

• Replicating its unique partnership with the Baltimore City Public School System and securing public funding to provide BELL Summer to thousands of children in high-need communities. In 2008, BELL served 2,000 scholars in Baltimore City’s lowest-performing schools, who gained an average of four months grade-equivalent academic skills in the six-week program. To Earl’s knowledge, this is the first instance of a major urban school district contracting with a civic-sector organization to provide educational programming in place of district-implemented summer school, and holds great potential.

• Replicating its franchise-type partnership with the East Palo Alto Boys &amp; Girls Club. In this model, BELL provides training, program materials (for after school and summer programs), and technical assistance for a modest fee. By 2011, BELL will work with partner organizations at 50 to 100 sites nationwide.

BELL programs have received widespread recognition. Then-Senator Barack Obama and Senator Barbara Mikulski drafted the STEP UP Act, which called for public funding to provide summer learning programs to children—and which named BELL programs as a strong model. BELL is taking advantage of such recognition to inform policy at the district and national levels.

Earl has grown BELL’s annual budget from $12,500 to over $23M. A five-year fundraising campaign is raising $25M to help BELL reach 100,000 students nationwide. These funds will be used to expand to new regions and develop their staff training.

Earl was born into the foster care system. African American boys starting their lives in such a context have a 70 percent chance of ending up in the penal system by age twenty-one. Yet, with the constant care and support of his foster family (he was the eighth and youngest child in a white family), and the inspiration of pioneers for social justice like King, Garvey, and Tubman, he became an accomplished young man and found his passion: To do all that he could to ensure that all children have access to a high-quality education and are given a fair chance to fulfill their potential, just as he was.

At Yale University, Earl was captain of the basketball team, and founded Project Shelter, which raised money for a nearby shelter from students and local businesses via word of mouth and a radio public service announcement. He was surprised by the project’s success, and cites this as his first taste of “self-led service.” Earl then took a year off before graduate school to help run a shelter for homeless women in Washington D.C., and he refers to it as the most powerful year of his life.

The job was a rigorous learning experience, with 100-hour weeks spent counseling, co-leading an AIDS support group, managing, and fundraising. Earl was deeply affected by the exposure to realities from which he admittedly had been protected. He was also humbled by the homeless women, who despite their circumstances and suffering did not seem angry but rather full of love. That year was transformative in other ways, too. Earl was part of a volunteer corps whose motto was “live simply so others can simply live.” He was paid only a small stipend, roomed with five other corps members who pooled their resources, and was challenged to read, write, and build relationships instead of watching TV, following sports, and such.

In 1990, Earl went to Harvard Law School, where he earned several awards and co-founded the Positive Images Mentoring Program, which set him on the path to BELL. The idea for BELL first came to Earl when he began volunteering as a tutor during his first year of law school and was shocked to find that, although the teens he was working with were earning As and Bs in public school, they could not read. The following summer, while working in a Jamaican orphanage, Earl began molding BELL as he tried and tested concepts with partners. He even took out a home equity line of credit on his house when he needed to be debt free to receive a grant at a critical moment in the early life of the BELL initiative.

A leader in the OST field for evaluation/assessment, Earl is often a panelist at conferences in the field of education and welfare and has published work in research journals and news publications. Earl co-chaired the Governor’s education task force (MA) and served on the education policy group for President Obama’s campaign.

Earl still seeks to “live intentionally.” His humility and focus is routinely cited by those who know him well. While a first year law student, Earl met renowned civil rights lawyer Charles Ogletree, Jr. who became (and still is) his mentor. Ogletree helped Earl think through his idea and became BELL’s Board Chair. He recalls being impressed with Earl since day one because he was not only a conscientious and engaged student, but because he had overcome every sort of challenge in his own life as well. Ogletree has referred to BELL as “life changing.”

Earl has stepped down as director of BELL to concentrate on national public policy initiatives regarding summer learning programs. His new organization, Summer Advantage USA, is slated to touch the lives of 1 million elementary and middle school children. Earl continues to mentor the young leaders of several start-up citizen organizations.