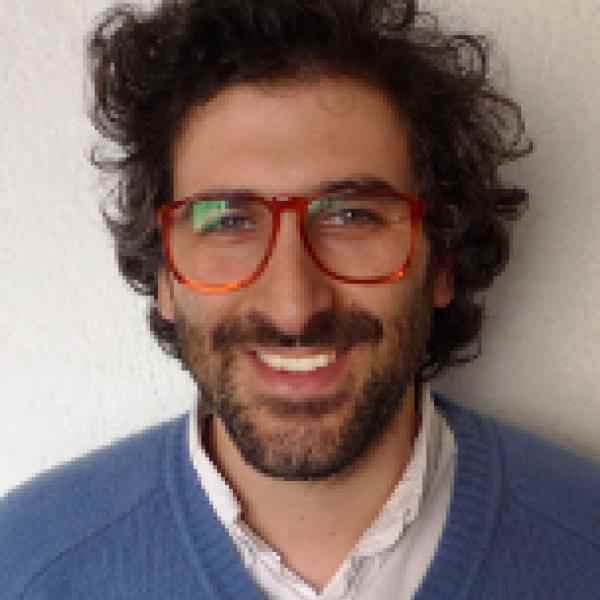 Damián Osta is creating a media platform that gives a voice to Uruguay’s youth and incorporates new perspectives in the public discourse. Damián is leveraging the power of communication media to incite civic participation, connecting the news with social causes and informing the future of Uruguayan society.

Recognizing the transformational power of communications media, and the inadequacy of most efforts to harness that potential for social ends, Damián gathered a group of people to create La Diaria (The Daily): A new media space that awakens the muted voices of Uruguay’s youth. In order to attract younger generations—40 percent of its readers are between the ages of 20 and 34—La Diaria writers and editors infuse their articles with catchy text and compelling photojournalism, while never compromising the quality of the content. The newspaper is published online and in print.

On one level, La Diaria is breaking the news monopoly currently occupied by a few antiquated media sources. Through it, La Diaria is redefining both the format and content of the news in order to promote a culture of civic engagement among Uruguayans, and most importantly, among its younger generations. It is the first newspaper in the country to have instituted the presence of a reader’s ombudsman to ensure accountability. In addition, Damián has created the La Diaria Café: A space where Uruguayans can engage in meaningful debates and dialogue around important public policy issues, and take part in diverse cultural events. Both the newspaper and the café are providing an environment where youth—previously excluded from the public discourse—can participate along with politicians, journalists, and citizen organizations (COs) in discussions on such topics as education reform or communication legislation.

On another level, Damián is tackling the significant, but largely invisible, problem posed by the way newspaper distributors control the market. By developing a new newspaper delivery system, and skipping the middlemen, La Diaria is driving the price of papers down while creating new jobs.

As La Diaria was being established, Damián was adamant about not making it simply another “alternative” news source. His goal, and he is well on his way to getting there, is to turn La Diaria into a “mainstream” newspaper, and transform the way the industry operates. Damián is determined to outpace the biggest Uruguayan daily within five years. Thanks to its innovative approach to news reporting, La Diaria’s content is already beginning to permeate other mainstream media sources on the radio, on TV and in the press. Damián has established relationships with COs in the south of Brazil to replicate the model there.

Although nearly 25 percent of Uruguay’s population is between the ages of 15 and 30, few communication spaces have been designed or opened up to them historically. Youth are therefore left unrepresented and voiceless in the majority of Uruguay’s news portals. This situation is disempowering and makes it hard to break the “myth” of youth apathy, thus contributing to the perpetuation of an “I can’t” mentality. Uruguayan youth are rarely asked what they think about important social and political events, which nips in the bud their potential as changemakers and their creativity. In addition, few media sources have made the transition to online technologies, making the participation of younger generations all the more difficult.

This is due in significant part to the fact that Uruguay’s news media is highly concentrated in the hands of a few conglomerates that cater to an older, elitist generation. As a result of both this level of concentration and the target population, news coverage is quite homogeneous and traditional. Mainstream media sources are mainly driven by their bottom line and serious reporting on social and cultural issues is hard to come by.

In addition, although legislation around communications exists, it has been applied only haphazardly in the last 30 years. The level of nepotism, in the distribution of radio and TV frequencies for example, is alarming. Similarly, newspaper distributors control a large part of the market, thus driving the prices quite high and making newspapers inaccessible to a large portion of the population. While this has important implications for freedom of expression in the country, it unfortunately remains a hidden issue to most citizens.

La Diaria is a daily newspaper published from Monday to Friday and delivered right to each subscriber’s footstep. In March 2006, when it was launched, La Diaria printed 1,200 copies per day; four years later it has become the third most read daily in Uruguay, with 7,000 subscribers. (The country’s biggest newspaper distributes 10,000 copies per day.) Damián and a group of people created this daily in order to counteract the homogeneity of today’s news reporting in Uruguay. They are carving a space where youth can feel empowered to enter the public discourse and where new perspectives can be introduced. Its slogan is “La Diaria, the daily that depends only on you.”

Damián and the other daily creators began by establishing a governance structure that would both ensure the paper’s sustainability and its mission. He first reached out to a pool of 40 shareholders to provide the start-up capital. He chose them from a diversity of backgrounds: Citizen organizations, young professionals, thought leaders, and writers. Mario Benedetti and Eduardo Galeano, two of Uruguay’s most accomplished writers and journalists were some of the first people to believe and invest in the idea. Those shareholders also acted as a sort of advisory committee in the beginning, helping him determine the functioning of the organization and the types of content that would be published in La Diaria. Its readers and workers now run La Diaria as a cooperative that operates as a not-for-profit and all of the revenue is re-invested into the organization. The board of directors is composed of five members, four of whom are elected by employees and one by the shareholders.

Although many of its articles can be read online through a web 2.0 platform that incites citizen-led journalism, some items are published exclusively in the print version, which is intentionally not sold in stores. Individuals must subscribe to it if they wish to read La Diaria. Because the newspaper is delivered directly to its reader’s homes through an in-house distribution system, La Diaria does not have to deal with newspaper distributors, who control the market and bring newspaper prices up. Additionally, most newspapers in Uruguay cost between US$1 and US$2.50—a price that is inaccessible for many Uruguayans—La Diaria is sold for about fifty cents.

La Diaria is giving visibility to young people’s perspectives on a variety of social, political, economic, and cultural issues. It is the most read newspaper by youth, with 40 percent of its readers between the ages of 20 and 34. The topics featured in La Diaria are often taken up by other media sources, as a result of a deliberate strategy to distribute 250 free copies daily of the publication to the country’s most influential TV, radio, and written press organizations. Similarly, the La Diaria Café is providing younger generations with a much-needed physical space where they can gather and debate such topics as education reform on par with politicians, journalists, and citizen sector leaders.

Leading up to Uruguay’s presidential elections, La Diaria—the newspaper and the café—launched a series on the future of education entitled: “El Uruguay que viene,” (The Uruguay of tomorrow). It was the first time that youth from all of Uruguay’s political parties participated in such a dialogue, and its success led various other youth fora outside of La Diaria later to take up the initiative. The voices of these youth were heard and every political party subsequently included the decentralization of public tertiary education to their platforms. They also each committed to strengthen the links between university education and the labor market. This is but one example of the way La Diaria is promoting civic participation and demonstrating to youth that they can indeed affect change.

Damián is also creating a space where communication legislation is discussed. He recently launched a TV show, recorded in the La Diaria Café and broadcast online on ladiaria.com, to expose issues relating to this topic. He has led a series of fora that involve business leaders, as well as audiovisual specialists and public authorities. Damián’s goal is to create a strong network and strategic partnerships between cultural, business, and political leaders to affect new communication legislation guaranteeing the participation of small media organizations in the digital TV space that is currently being developed. One of his main focuses is to influence policy relating to the distribution of digital TV frequencies.

Like the majority of newspapers, La Diaria’s sustainability relies on advertizing and subscriptions, which account for 30 percent and 70 percent of the budget respectively. Although he has been able to drive his newspaper prices down, thus increasing the potential for membership, Damián is developing other strategies to ensure the paper’s sustainability in an increasingly challenged industry. One such strategy is the development of a classified ads space, much like Craigslist.org, which would be much more affordable and accessible than other newspapers over-priced classified ads. He is also incorporating text-messaging functionalities to ladiaria.com to ensure that those who do not have access to the Internet can still follow the news free of charge or at a small premium.

Damián comes from a small town from the interior of Uruguay. At the age of 17, he decided to move to Montevideo to pursue university studies. Before moving there, however, as president of his high school’s student council, he established a network of students from the interior of the country. This association’s goal was to collaboratively resolve some of the common issues that affected students outside of Montevideo. One of their accomplishments was to create an affordable university student residence for themselves in Montevideo. This student residence still exists to this day.

Damián also participated in the creation of his university’s student union through which he established a library, cafeteria, and the country’s first student-run community radio station.

From 1995 to 2001 Damián worked as a consultant for the Center of Socioeconomic Studies of the Uruguayan Workers’ Union. He created and administered the union’s Communication Institute. In 1996, Damián also participated in crafting the Annual Report on Human Rights of the Peace and Justice Service, while coordinating their communication and press strategies.

Between 1999 and 2006 Damián worked in the environmental organization Redes Amigos de la Tierra, where he was in charge of the communications department and developed the communication strategy of the World Social Forum. After working relentlessly with various COs to help them harness the transformative power of communication for social change, he gathered a group of people to create La Diaria in 2006.