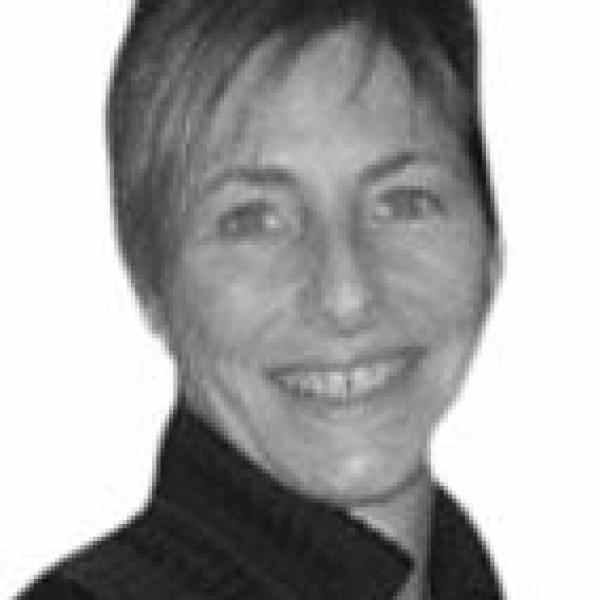 Carol Shapiro is demonstrating how government agencies can tap the natural resource of families and communities to help individuals succeed–and their families benefit–under community-based justice supervision.

Carol believes that the very families that are often destabilized by drugs and crime are, in fact, a major stabilizing influence for those under community-based justice supervision. By drawing upon family members' mutual loyalties, desire to help, and availability (often, 24 hours a day), supervision agencies can improve supervision and treatment outcomes, as well as family well-being. Carol's organization, Family Justice, is helping government agencies identify these under-utilized family resources and mobilize needed support systems for supervisees and their families. Carol's idea contains a number of innovations. For example, Carol's model builds on the strengths of the family rather than on the deficits of the individual. It identifies untapped areas in which family members can offer support to each other, while also identifying areas of family and/or individual need that can be addressed through social service interventions. Secondly, the model builds upon supports in the community, thus engaging the help of powerful systems that, when coordinated, can function as a cost-effective safety net for the family. The model also looks to partnerships with government to create a framework in which all parties involved feel a sense of ownership of the philosophy, methodology, tools–and success–of its practice. Having first applied her model to a population of substance abusers under community-based justice supervision from a storefront facility in lower Manhattan, Carol is now applying the model in other venues and with other populations under justice system supervision. Today, Carol's justice innovation enjoys broad-based support from both the public and private sectors and is creating a paradigm shift–moving community supervision practices away from a coercive, criminal punishment model and toward a collaborative, public health model.

Never before in our history have so many Americans faced the likelihood of imprisonment at some point in their lives. The rate of imprisonment in the U.S. is the highest in the world; according to the 2003 Bureau of Justice Statistics (BJS), some two million citizens are currently behind bars. What's more, due to mandatory-minimum sentencing, more people than ever are serving longer terms. Compounding these problems is the fact that the number of individuals being sent to prison for probation and parole violations has grown dramatically. For example, the number of men and women sent to state prisons rose from 460,739 in 1990 to over 565,000 in 1998, a 22.7 percent increase. However, new criminals accounted for only 7.5 percent of this increase. The vast majority are being sent to prison for violating the terms of their supervision.An unexpected consequence of this "get-tough-on-crime" policy is that as the total prison population has grown so, too, has the number of prisoners being released under parole or probation supervision each year. This year, for example, some 600,000 prisoners will be released from our nation's state and federal prisons, up from 170,000 in 1980. These released prisoners face serious challenges. According to the BJS, at the time of their imprisonment, 82 percent of all prisoners were abusing drugs or alcohol, 40 percent were unemployed, 19 percent were homeless, and approximately 75 percent had not completed high school. For many, the realities of prison life, including diminished opportunity to access education, job training, drug treatment, and physical and mental health care, only exacerbate their problems. These combined effects make it unlikely that many prisoners will find and hold jobs, maintain stable family lives, and stay drug and crime free once they are released. The result is that more and more individuals are cycling in and out of our nation's prisons and jails–and more and more families are becoming destabilized.The cost to society of this prison recycling is high. Between 1985 and 1996, total state prison expenditures across the U.S. more than doubled. But this is not the only expense. Substance abuse, physical and mental illness, domestic violence, and criminal justice involvement are often passed from one generation to the next, exacting an enormous financial, social, and emotional cost on the family. Carol understands that the consequences of substance abuse and criminal justice involvement extend far beyond the supervisee and take in family members and, indeed, the entire community. But unlike other criminal justice responses, Carol believes that it is the family and the community that can lead the way out–to the individual's successful maintenance in the community and, ultimately, to break multigenerational cycles of substance abuse and criminal justice involvement.

Carol Shapiro grew up in Philadelphia. Her childhood experiences created in her a deep sense of life's inequities, and she resolved to find ways to lessen the impact of those inequities on others. She visited her first jail when she was sixteen. She met with wardens and inmates, listening carefully to their stories. At the end of her work there, she had more questions than answers, but she knew she had found her life's work. Throughout her college years, she continued to visit jails and eventually prisons, hearing more of the stories of those incarcerated and their families, and seeing first-hand how the criminal justice system functioned.Her professional path has "zigzagged" across the criminal justice field, giving her an opportunity to gather the tools and knowledge needed to found La Bodega and, ultimately, Family Justice. Her first jobs were creating pre-release programs and running an alternative sentencing project. Both work experiences furthered her ambition to "keep people out of jail." Both taught her that "if you are to create change, you must first invest locally," a principle that has been central to her work at Family Justice. Later in her career, after a two-month study tour of the Scandinavian criminal justice system and work in victim services, she concluded that "victims and offenders are often the same people." Then, as a senior policy analyst for the Deputy Mayor for the City of New York, she got an insider's view of the role government and public financing play in shaping criminal justice in the U.S.Then it was off to the United Kingdom, where Carol worked on a women's prison project for the British Home Secretary's office. After two years there, Carol returned to the States to serve as the Assistant Commissioner of the New York City Department of Corrections. Responsible for the management and operation of alternative sentencing programs and correctional operations at Riker's Island, the nation's largest urban jail system, Carol became aware of a central discrepancy in the system: families were not being consulted about how best to address the needs of those caught in our criminal justice system. She came to believe that families, and, by extension, their communities, must play central roles in the rehabilitation of those under justice system supervision and in breaking multigenerational cycles of criminal justice involvement. Carol's strengths-based approach uses the family, rather than the individual, as the unit of analysis, thus placing the onus of responsibility upon multiple shoulders - the individual, his or her family, supervision agents, and government and community-based service providers. Carol believes that these new partnerships will ultimately change the face of community supervision in America, while also changing our own understanding of, and sense of responsibility for, those caught in the criminal justice system. Each day, the people walking in and out of La Bodega's and Family Justice's offices, show this same promise on their faces.