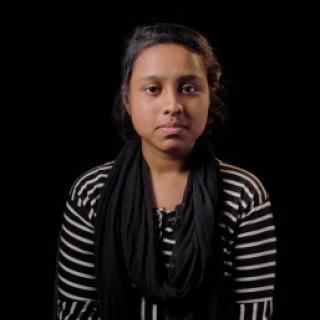 Maimuna creates safe-spaces for young girls in her community while inviting boys into the conversation about gender equality.

Maimuna was a victim of eve-teasing, a form of sexual harassment, herself when she was 12, but her brother was around to keep her safe. She is aware that this is not always true for many other girls in her village who did not have positive male figures in their lives and experienced frequent harassment. She founded Swapnotory Foundation in 2016 to address this discrepancy through self-defence training in local schools. Soon, she realized that while self-defence could be the immediate response, the real solution lies in their efforts to create a safe space. This space allows girls and boys to hear and understand each other’s perspectives on gender issues through workshops and seminars at schools. Her venture also holds dialogues with parents to shift their mindset about their daughters’ futures. Maimuna’s team of 20 - of which 11 are boys and 9 are girls - have conducted trainings with over 900 girls and 500 boys. By investing in spaces for long term tolerance and understanding, many people in Maimuna’s village now see the role of the girl child differently.