Ashoka Belgium Impact Programme 2020 introduces participant Naomi Smith and the project enVie Atelier. 📣 In a conversation with us, Naomi shared her journey as a social entrepreneur, how important it is to collaborate and how the Impact Programme is boosting her impact. 🗣Naomi Smith started enVie Atelier, together with two co-founders, in 2018. 🌱The Impact Programme is a multi-sector collaboration between Ashoka, ABN AMRO Private Banking Belgium and Accenture Belgium to foster social entrepreneurship in the fields of #circularity and #climate change. 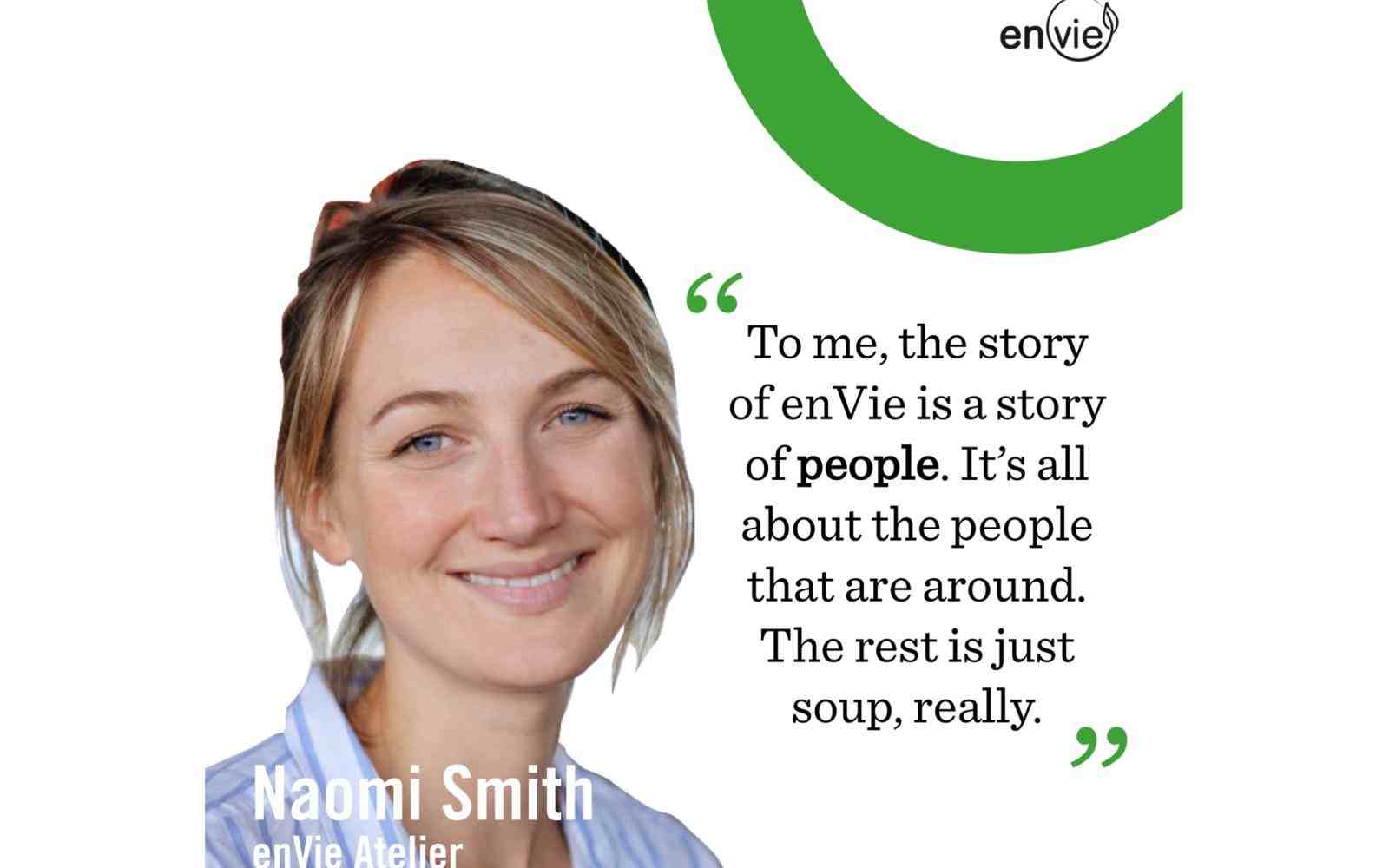 Value is difficult to gauge objectively. But everything and everyone can make a valuable contribution to society thanks to their individual qualities. This is the vision of enVie, a social enterprise that focuses on reducing exclusion by bringing vegetables that are rejected for not meeting market “norms” and people who are excluded from the labor market together to create healthy food. With the 2020 Impact Programme, Naomi, the co-founder and general manager, is now taking enVie to the next level.

Naomi first encountered social entrepreneurship during her studies in Sweden. Having experienced the thrill of setting up her first organization focused on having a social impact in the UK following her studies, she moved to Belgium and was determined to find entrepreneurial solutions to social issues she encountered in her new environment.

“I became more and more interested in trying to figure out how to connect the dots and solve social issues. That’s how the idea of enVie started to form.” Having met the food manufacturer McCain at her previous job, she knew that the company supported a social business in France that works along the same lines as enVie. “I contacted them because I thought they might be expanding to Belgium and I was a bit worried. If something was launched in Belgium with McCain’s support, there was no chance I could compete.” The conversation took a completely unexpected turn when McCain offered to support the project! McCain and Naomi partnered up to realise a mutual dream.

Through their conversations with other big food producers, they convinced Colruyt to become a partner, as well as Randstad Group & Reo Veiling. “Partnerships are essential,” Naomi explains. “As a small social enterprise, we need experienced partners that share our values and support us on every step of the value chain, from sourcing vegetables to distributing soup to customers.”

In 2018, the first 17 pallets of soup left the enVie production site. Since then, enVie has trained eight long-term unemployed people and saved 50 tons of surplus or rejected vegetables.

We’re in it together

The dual mission of enVie, and the values and passion shared by Naomi and her team mean that they’ve built strong relationships and share a profound trust. “You bond together because you’re in it together for the highs and the lows, the successes and the failures”.

Nevertheless, enVie has gone through all the ups and downs of a typical startup. To grow, Naomi has to make sure that all food safety and quality standards are respected. “It’s finding that balance, being able to say, enVie is here to support you, but this is a working environment, it’s not a charity.” Through this empowering approach, enVie contributes to building the self-esteem and confidence of all team members.

When the COVID-19 crisis hit, enVie became involved in a solidarity food initiative called Robin Food. The idea came from a Flemish organization that wanted to provide much-needed support to the most vulnerable members of society, while also addressing surplus produce that Belgian farmers were unable to sell due to restaurant closures. “Because the corporate canteens enVie usually supplies were closed, we had greater production capacity. Our team was eager to work and support food banks and families who are struggling.”

Within a week and a half, five partners that had never previously met or collaborated before launched the Robin Food soup line. The EIT (European Institute of Technology –food section) bought the first 10,000 liters of soup enVie produced. The other partners – Riso (Samenlevingsopbouw RISO Vlaams-Brabant), Rikolto and Depot Margot – organized distribution and brought new connections to other social initiatives in addition to enVie’s network of Brussels-based food banks. To maximize the impact of Robin Food, enVie has also launched a Gingo crowdfunding campaign.

Taking her next steps as a social entrepreneur

Naomi’s main reason for joining the Impact Programme is to take the next steps in her professional development as a social entrepreneur. She has incrementally built EnVie, with the 4 founding partners and the enVie team, based on a learning by doing approach. “We've not built enVie in an ‘OK, I opened the business model canvas and worked the whole way through it. But I do think it's important to be trained properly to understand how to use those tools and I saw the Impact Programme as an opportunity to do that.”

In addition, access to the networks of Ashoka and its partners ABN AMRO and Accenture offers new opportunities to form new partnerships. “Despite COVID-19, everyone from Ashoka and the coaches from Accenture and ABN AMRO remain still dedicated to providing us with the best support possible!”

Naomi’s advice to other social entrepreneurs is to not hesitate to talk to people about their ideas, even potential competitors, because these connections can generate valuable opportunities. ‘The idea is already out there, it is how you manage to execute it that makes the difference’ 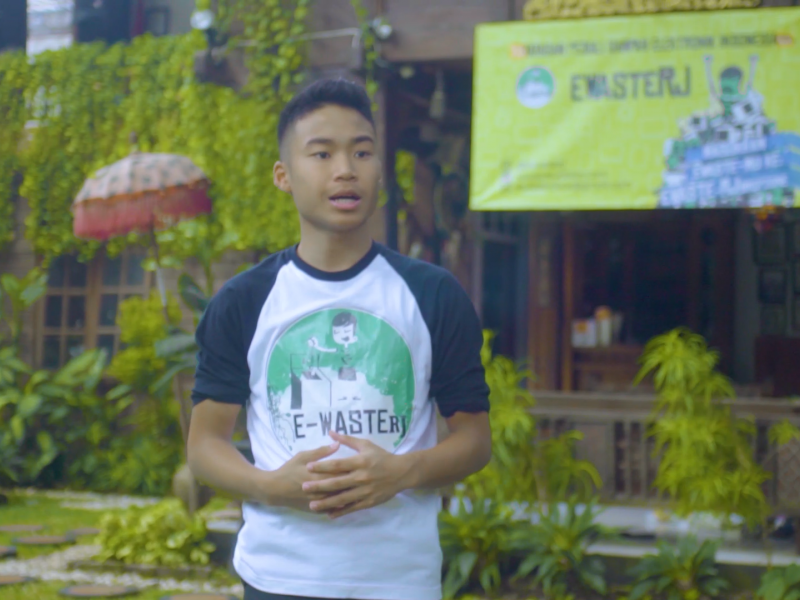 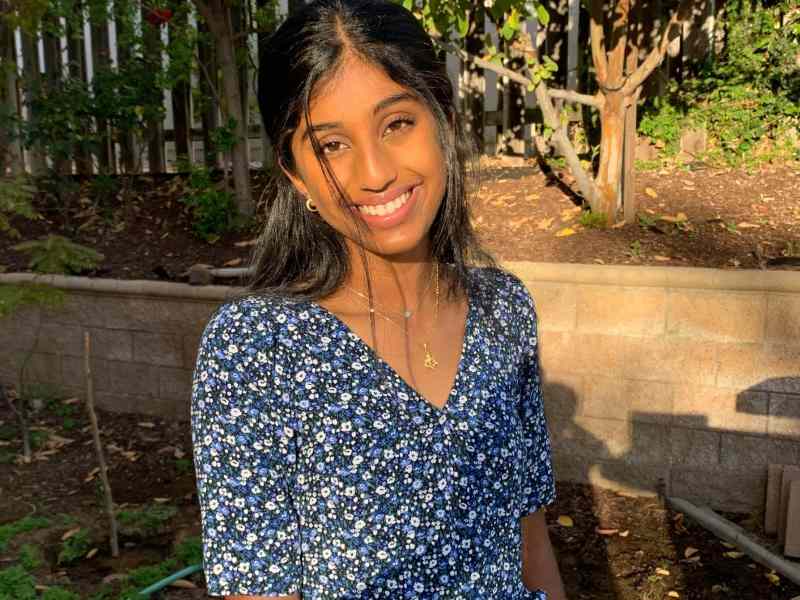 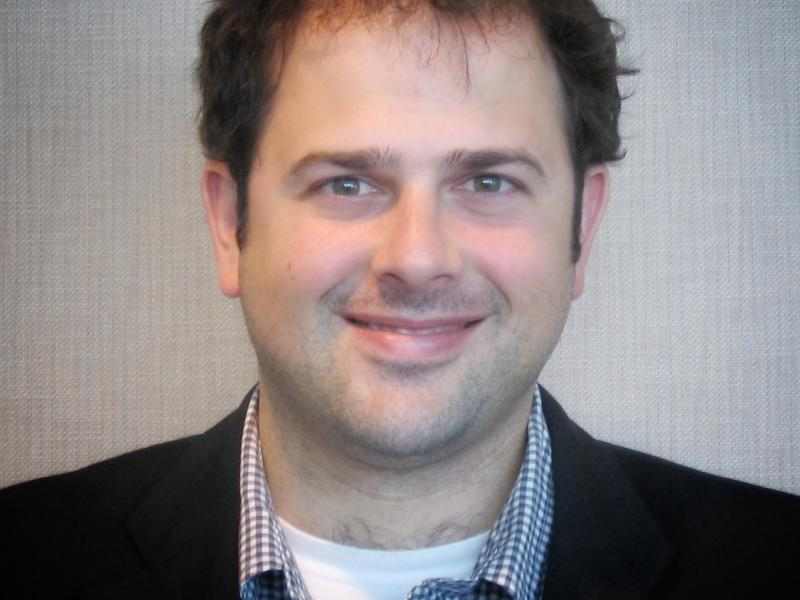