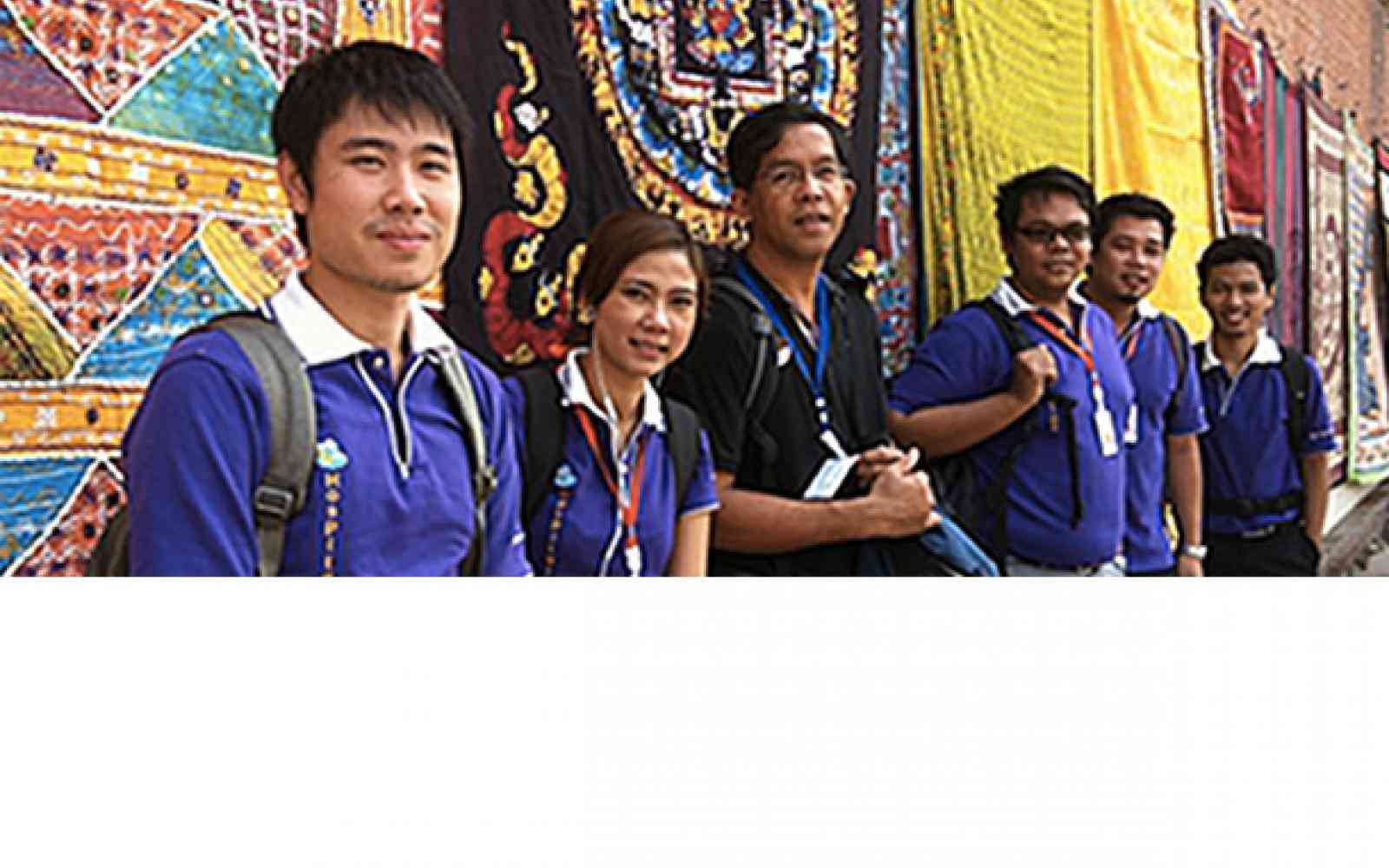 Laura Thompson, program associate at Ashoka Singapore shares her thoughts on the state of the social sector in the region. She also got an update on Ashoka Fellow Dr. Kongkiat Kespetchara, who recently won the Singapore Venture Capital and Private Equity Association (SVCA) Award for developing Hospital OS, an open-source management and information system for use in rural health care centers.

Q. How is social entrepreneurship addressing some of the pressing social issues in Singapore?

A. Social entrepreneurship is still a relatively new concept in Singapore, though support and enthusiasm for social entrepreneurs is gaining traction, so it's an exciting time to be here. The Singapore context is very unique in Asia. It's a tiny country with a population of just five million, which enjoys a highly developed, thriving economy, very low unemployment—around one percent, I think—and is one of the highest income, highest wealth countries in the world. The Singaporean government is renowned for instituting social policies—inclusive public housing, economic development, investments in education, very strict gun control and drug laws, etc.—which have created a very stable social fabric, so you don't see many social entrepreneurs rising to meet many of the basic social needs you might find in neighboring countries like Thailand or Indonesia.

Q. What are the challenges and barriers in the social entrepreneurship field in the region?

I think one of the barriers we face in Singapore, which is also an opportunity to share Ashoka's knowledge, is differentiating between concepts of "social enterprise," "impact investing," and Ashoka's view of system-changing ideas. We find there is a lot of interest in and attention on "social enterprise" and the potential to make returns on promising social ventures, but this can be somewhat of a distraction away from some of the highest quality social entrepreneurs. We hope to contribute to the public's understanding of social entrepreneurship by continuing to introduce the community to Ashoka Fellows.

Another challenge for social entrepreneurs in this region, as in many areas of the world, relates to the level of openness of the government they are working under. I can't articulate too much on this as I'm not an expert, but I can say that figuring out how to work in tandem with the government or move toward national policy change is something many Fellows in this region deal with. I'm thinking of one example in particular, Dr. Sari, who works on women's sexual and reproductive health issues in Indonesia. The Indonesian government has been reluctant to pursue public health education on condom use and sexual health, and this makes it more difficult for Dr. Sari to reach her goals.

Q. How, if at all, has that a positive innovation infrastructure in the region helped Dr. Kongkiat Kespetchara?

SVCA chairman Eugene Wong, at the gala awards dinner at the Shangri-La Hotel, said that "Singapore, with its ideal geographical location in Southeast Asia, established financial eco-system and supportive government policies, has become a leading destination and base for PE and VC firms investing in Asia."

This business climate in Singapore makes for a really supportive environment for regional social entrepreneurs. Similarly, it is becoming a destination and a base for social entrepreneurs throughout Asia and the world who are keen to expand into Southeast Asia, which is another exciting development for Ashoka Singapore. We are calling this group of Fellows our "virtual Fellows" and aim to assist them in their ambitions to scale in the region. We have hosted Dr. Kespetchara and many other Fellows in Singapore and we introduce them to a community of business, government and other professionals here, which usually leads to myriad connections and relationships that help them move forward. Whenever Ashoka Fellows are in town, there is a very supportive community here eager to get involved.

Q. Why are open-source IT systems so important to rural health clinics—and how do they change the lives of people compared to clinics without them?

A. One important reason Dr. Kespetchara's open-source system, Hospital OS, is so valuable to rural clinics is because it is free. He intended it to be that way, despite the potential for his system to make huge profits. He sees Hospital OS more as a public service, rather than a business. Rural hospitals and clinics can download the software at no cost, and so they are able to benefit from a system of organization that vastly improves daily operations and medical records, and efficiency and accuracy when processing patients.

Q. Can you talk about the relationship between Dr. Kongkiat Kespetchara and Ashoka Fellow Mahabir Pun of Nepal?

A. Dr. Kespetchara met Mahabir Pun at an event a few years ago, and the two hit it off and began discussing possibilities for bringing Hospital OS to Nepal. They stayed in touch and have been working on it for the past couple of years, and just this past year Dr. Kespetchara got the funding to bring his whole Hospital OS team to Nepal to lay the groundwork and do research on how to implement Hospital OS in rural himalayan clinics. The two Fellows' teams are actively at work now moving this forward, and I believe the system—and training of doctors and hospital staff to use it—is already up and running in a number of hospitals. We got word recently from Mahabir Pun's team that the software is working "efficiently and effectively in the hospital" and they are working on spreading to more hospitals.

Path toward an Everyone a Changemaker Singapore

Q. How else is Ashoka Singapore working toward creating a world where everyone is able and inspired to create change?

A. Ashoka Singapore is working with a number of different groups of citizens toward an everyone-a-changemaker world for Asia. We're particularly excited about our work with family businesses and businessmen and women in Singapore who are eager to become changemakers. By showing these groups their capacity for social innovtion, we expect to see changemaker companies and changemaker families emerge to drive social change in the region.