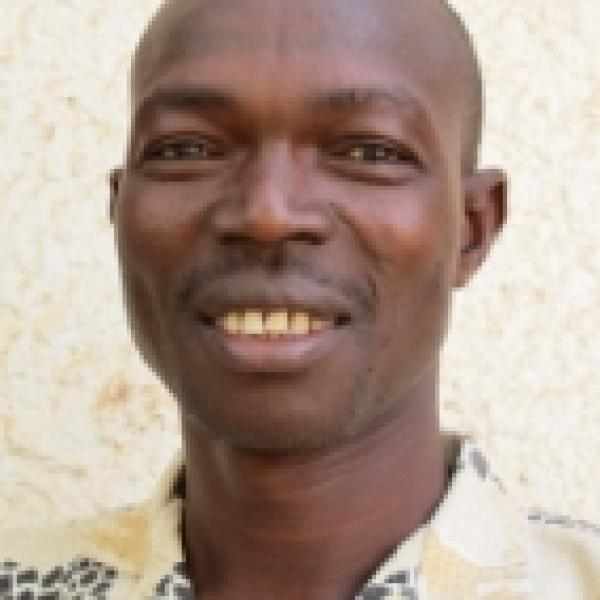 Leon is combatting extreme poverty and improving health levels by modernizing milk production by educating and spreading financial resources for the poorest farmers throughout Burkina Faso and neighboring countries.

Leon is dramatically reducing poverty and improving access to essential nutrients throughout West Africa by modernizing the dairy industry and creating a comprehensive package of resources for farmers and entrepreneurs across income levels. Milk contains nutrients essential for healthy development, and is particularly critical for children; however, most children receive less than half of the recommended servings of milk. Even though Burkina Faso is a country known for cattle production and exports meat to neighboring countries, it must resort to importing its milk products. Leon is enabling the citizens of Burkina Faso and other African countries to meet their milk intake needs and export to countries with milk deficits.
To improve the level of health in Burkina Faso, Leon is modernizing milk production by enabling the creation of highly productive small scale dairy farms and developing the dairy value chain. The existing dairy industry is unproductive in part because the majority of cattle in Burkina Faso do not produce much77 milk. Leon is dramatically augmenting the quantity of milk produced by first strengthening local cattle breeds through cross breeding with more productive cattle. The mixed breed offspring produces more than 12 times as much milk as the local cows would independently. To further develop the value chain and ensure the increased milk production is widely available, Leon is prompting investment in large scale dairy processing facilities that will buy milk from these new dairy farms and distribute to retailers after processing. Leon influenced the government to build an industrial milk transformation facility in each of the two largest cities of Burkina Faso by demonstrating that these modernized dairy farms provide a sufficient quantity of inputs for large scale processing.
These highly productive dairy farms require improved methods of care for cattle and new techniques of managing natural resources. In order to address this, Leon trains and creates new tools to prepare farmers to effectively care for the cattle and maximize dairy production before the new cows arrive on the farm. Farmers learn proper feeding techniques and meal composition as well as how to monitor cattle health and prevent disease. He also trains farmers how to transform manure into compost and bio gas, which can be used for processing of milk or cooking. Rather than rely solely on top down knowledge transfer, Leon enables dairy farmers to share their developing expertise with each other. He has created a platform that enables dairy farmers to come together and collaborate to solve problems, exchange knowledge and share experiences.
Leon is reducing extreme poverty by enabling the spread of these modernized dairy farms through a portfolio of startup options for farmers of different income levels and by expanding dairy production beyond the ethnic groups that traditionally produced milk. To reduce youth unemployment, Leon is creating a new profession for young adults to staff and manage these dairy farms. Leon provides training and internships at his farm to create a workforce that has the skills and knowledge to effectively care for these improved cattle and maximize production. After months of free training, he places youth in full-time employment in his network of farms.

Burkina Faso is among the poorest countries in the world with over 80% of the population surviving on subsistence farming. The climate is changing dramatically and farmers who rely solely on agriculture are incredibly vulnerable to the consequences of unpredictable rainfall. However, farmers lack options and access to resources to significantly diversify their income sources. Furthermore, the high level of youth unemployment is a serious problem as most youth lack marketable skills and connections to employment opportunities. Currently almost half of the country’s population is under the age of 15. Without meaningful solutions, extreme poverty will only increase in the future as these youth come of age and cannot support their families.
Additionally, malnourishment levels are high in Burkina Faso. In particular, milk consumption is dangerously low, as milk is an essential food that contains protein and an array of vitamins and minerals necessary for healthy development of bones, teeth, brain functioning, muscle capacity and blood flow. It is estimated that children should consume about 50 kilograms of milk per year; however, in Burkina Faso the average milk consumption among children is less than half of this at about 22 kilograms per year. For extremely poor families, milk consumption is even lower. Because of droughts in the 1970s, only the sturdiest, most drought resistant cattle survived, but they do not produce significant amounts of milk. Further complicating the situation is that the culture of the Fulani, the traditional cattle herders and dairy producers, values the number of cattle regardless of the cattle’s health or productivity.
Due to broken and inefficient milk value chains, Burkina Faso, a small predominately rural country with over 7 million cows, imports $20 million USD worth of milk annually, including some powdered milk of questionable quality. Of the 180 million liters of milk produced in the country, only 20% reaches the market, as the rest is consumed at home or thrown out because the producers lack market access. Despite its potential, the dairy industry has been neglected in favor of the agriculture sector, partially because investing in the dairy industry typically requires multiple years of waiting for a return on investment while agriculture loans can begin being repaid within a year. This lack of financing and infrastructure investment further discourages farmers from launching dairy businesses.

For many years, Leon tried to implement the modernized dairy farms through his position in the Ministry of Animal Husbandry. In 2009, Leon left the civil service to found the Genetic Center, both an artificial insemination hub for improved cattle and a high-impact demonstration and teaching farm where he experiments with new techniques. Through the Center, Leon breeds highly productive cattle and trains farmers, students and youth to effectively run modern dairy businesses. The Genetic Center employs 20 permanent staff and up to 50 temporary workers during periods of heightened activity, such as the collect and storage of grasses. By 2012, Leon had launched 57 modernized dairy farms of various sizes around Ouagadougou. At this time the farms in Leon’s network employed about 700 people in seasonal work and 150 people in permanent positions including the youth that Leon has trained and placed to ensure the success of these farms. Leon meets with the farmers regularly and created an organization for these modern dairy farmers to have a space to exchange ideas, solve problems, and be heard by the government on issues of dairy and animal husbandry.
Leon makes modernized dairy production available to individuals of all income levels by creating different start up options targeted at farmers with various financial resources. Wealthier entrepreneurs approach Leon to purchase the cattle and set up the improved farm with their savings. For low to middle income farmers, Leon facilitates access to credit by reducing the banks’ risk by selling farmers pregnant heifers. Banks typically don’t give loans for the purchase of cattle because dairy production usually requires four years before a farmer can begin to repay his loan. By selling farmers pregnant cows which will soon produce an abundance of milk, Leon reduces the repayment delay to one-eighth the original period, enticing banks to loan to farmers because they will begin repaying the loans in six months. Finally, to enable even the poorest farmers to modernize their dairy production, Leon provides free artificial insemination with the improved cattle breed.
To expand beyond the initial 20 farms he initially spawned, Leon works with the individuals who have tried and failed at previous dairy businesses. By working with them to turn around their failing businesses by introducing new species and adopting improved techniques, Leon proves that his dairy farms were a high-return investment. To increase demand for improved dairy farms, Leon showcases his cattle at national fairs to reach a wide audience and invites people to visit his farm. By bringing his cattle to fairs and large markets, Leon has engaged many Fulani—the traditional herding and dairy ethnic group—in discussions about the value of quality and productivity versus quantity of cattle. He demonstrates and explains the amount of food and inputs required and the amount of milk produced between an improved cow and the traditional breeds. These discussions prompt revaluing and restructuring of cattle raising to a more productive and sustainable system. Moreover, a national documentary featured his farm, further driving interest and demand to create these new businesses.
To scale across the country, Leon will build branches of the Genetic Center and robust technical and management teams in five cities across Burkina Faso by 2015. To launch these regional centers and then expand into the countryside, Leon will leverage the 400 animal husbandry technicians employed by the government and deployed throughout the country. As Leon personally trained many of these technicians during his many years as a professor at the National School of Animal Husbandry, he has strong relationships and a deep knowledge of who to collaborate with to replicate the farms. These technicians will select individuals in their geographic zone to launch demonstration dairy farms to increase demand in their area. By enabling financial services for farmers to start modern dairy businesses and providing free artificial insemination for the extremely poor, Leon is spreading these dairy farms across the country.
After gaining a foothold in other areas of Burkina Faso, Leon will create a modernized dairy industry in neighboring countries as well. In 2012, he already advises and provides materials to farmers in Togo, Benin, Mali, Guinea and the Ivory Coast. His work has also attracted the attention of the Congolese Minister of Agriculture who is interested in replicating these modern dairy farms in his country.

Leon has been obsessed with animal husbandry since a very young age. He began breeding pigs at the age of five and soon became interested in the technical side of animal husbandry. After graduating with a diploma in animal husbandry, the government sent him to work in the north where the majority of the population is Fulani, the traditional herders. There he learned more about traditional dairy production and Fulani culture and saw first-hand that dairy production levels and sales were incredibly low despite the large number of cattle in the region. He experimented with and taught improved techniques, particularly feeding for healthy, productive cows.
By 1996, Leon was considered a renowned expert in improved feeding techniques and was asked to return to Ouagadougou to create a curriculum and teach at the National School for Animal Husbandry. This position allowed him to disseminate his ideas across the country as his pupil were deployed to all regions of Burkina Faso to work with rural populations on improving their animal husbandry techniques. As Leon has experimented and developed new methods for better animal raising and care, he invented new tools to facilitate implementation of his ideas. For example, to enable farmers to stock a sufficient quantity of grasses to feed their cattle during the dry season when fresh grasses are almost non-existent.
In 1997, while working for the Ministry of Animal Husbandry, Leon began creating an improved dairy industry with 10 farmers. In 2000 a new Minister was appointed head of the Ministry and discontinued the improved dairy project. However, Leon believed so deeply in its potential that he continued working with these farmers in his spare time and added about ten new farmers to the group over the next five years. In 2006 he won a World Bank Marketplace competition for his innovative idea creating financing for self-sustained, highly productive dairy farms. He tried to leverage this international acknowledgement of his work and ideas to convince the Ministry to launch this program. After attempting for almost a decade to convince the government to mobilize their resources and influence to improve the dairy industry, in 2009 Leon left his well respected government position to create a widely accessible, modernized dairy industry.