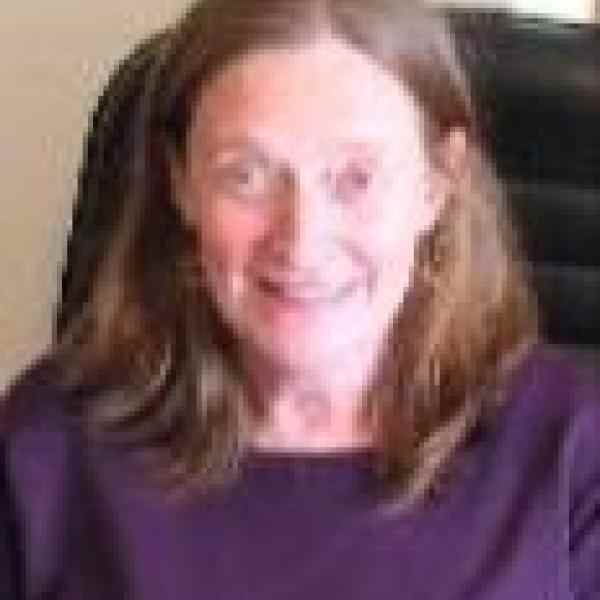 A passionate educator, Helena Todd has devised a new method of child development with the objective of preventing economically disadvantaged students from failing in school. Her holistic model integrates intellectual, social, and emotional development techniques with active family participation to promote confidence and success in the classroom.

Helena created the Cognition, Development, and Learning (CDA) Method to treat learning disorders in those disadvantaged and understimulated children who demonstrate normal intellectual coefficients but significant neurocognitive deficits. Helena&#39;s scientifically accepted CDA Method is based on the notion that intellectual development cannot be separated from social or emotional growth. Her multidisciplinary professional team–including psychologists, phono audiologists, special education teachers, and neurologists–works with parents and schoolteachers to apply the method in the classroom and monitor the children&#39;s progress. The CDA approach involves parents and teachers in failing students&#39; social and emotional development to counteract the negative effects poverty often has on intellectual growth. Helena&#39;s program provides learning-disabled children whose families cannot afford costly individual therapy their first opportunity to remain in school and receive the focused assistance they require. Early detection of special needs children and the enhancement of their intellectual, emotional, and social potential prepares these at-risk children to face the obstacles poor communities present. The CDA Method provides teachers and parents with the tools to understand and address their children&#39;s behavioral problems early on. As such, Helena is lobbying public and private Chilean interests to invest in her fine-tuned prevention methods as an alternative to new institutions (like state-run homes, jails, and psychiatric hospitals) that only deal with the cognitively disabled once they become problems. The CDA Method is a proven cognitive model that can be applied to almost any classroom setting in which nonacademic factors threaten children&#39;s scholastic development.

Neurocognitive deficits have many associated symptoms, including dyslexia, learning disorder, attention deficit, and hyperactivity. While there are no official data sources in Chile that define the causes of these deficits, there are some figures that show their consequences. According to the National Ministry of Education, 42,281 students dropped out of primary municipal schools in 1999 alone. A Corporation for Learning Development study found that 40 percent of public school pupils demonstrated learning skills below Ministry of Education standards. At present, though, neither government-sponsored projects nor nongovernmental organizations assess the root causes of academic failure, nor do they address cognitive deficits in their after-school and math and science programs.

The effects of neurocognitive disorders and lack of intellectual stimulation are especially significant in poor communities. The largest number of youths who are institutionalized in Chile come from low-income families in which parents are typically overtaxed and cannot attend to their children's academic issues. Low self-esteem, misbehavior, and emotional problems are common as a result. According to the National Service for Children, 29 percent of the 54,500 children living in state-run homes were voluntarily put there by their parents. Drug and alcohol abuse and unwanted pregnancies are common in these youngsters, who struggle with frustration, delinquency, and depression. Furthermore, a Finnish study found that adults diagnosed with a cognitive deficit are far less able than their peers to sustain a job. They are employed in posts below their true intellectual capacity, cannot maintain stable relationships with their partners, and have a greater tendency to abandon their children than do their peers.

Public school teachers in Chile are not prepared to identify the causes of their students' problems and rarely collaborate with their pupils' parents. In fact, teachers often compete for their poorer students' attention with parents they deem unfit–research reveals that until age 11, children measure their own potential for academic success as a function of their mothers' level of education. Sadly, for the most part, Chilean women from lower-class homes have not finished primary school and do not adequately stimulate their offspring, thereby passing on to them their own profound sense of academic frustration.

Helena began her crusade to prevent underprivileged children from dropping out of school in 1979, when she developed the earliest model for the CDA Method and founded the Corporation for Learning Development. Through the years her method has been assessed and fine-tuned following its implementation in Chile, Finland, and Sweden. The CDA Method fosters intellectual, emotional, and social development in children through a process that includes the active participation of the educational community and the family. Though her model is open to improvement, Helena insists on the importance of its five basic principles: the development of healthy character while treating a child's problems; workshops based on preestablished programs; treatment that is always delivered to groups, not individually; dynamics carried out to modify behaviors; and the use of an ongoing system of diagnosis. The maintenance of these principles guarantees the method's uniformly accurate implementation and success.

At the core of the CDA strategy is a Learning Stimulation and Neurocognitive Treatment workshop, over the course of which children receive psycho-pedagogic assessments and diagnoses. Teachers are offered courses on how to improve classroom learning and child development. Parents receive training to become CDA Monitors and are taught to properly support their children's learning processes. A multidisciplinary team of six highly qualified professionals leads the application of the CDA Method's components–diagnosis and psycho-pedagogic assessment, treatment workshops, monitoring, and various training courses–while 92 parents and teachers trained as CDA Monitors lead stimulation workshops. Five additional people make up the administrative team and junior interns conduct research. The institution has developed detailed orientation manuals for the implementation of each course offered.

Helena's project has attracted the interest of several municipal governments that now financially support the method's implementation in three of the four regions in which she works. This partnership with local authorities is a basic element in the program's local dissemination and paves the way for its regional and national development. Many schools have also begun to include CDA in their annual strategic education plans, directly incorporating the program's costs into their budgets. So far, Helena has benefited approximately 10,000 children and 1,500 professionals, parents, and other people affiliated with the education community through her various initiatives. Approximately 4,000 students will be taught using the CDA Method this year. During 2000 alone, 33 public schools participated in stimulation workshops, and Helena offered 20 courses for educators in four regions. Impact-assessment reports are published annually and submitted to local authorities; their results typically reveal that the CDA Method contributes to cognitive development, social maturity, and emotional growth in underprivileged children.

Helena also uses the CDA Method to offer courses on other topics, including the prevention of sexual harassment and the development of creativity and cognition for seniors. She is currently working to expand CDA's regional scope by strengthening the corporation's infrastructure and updating its methodological manual. Apart from contributions from municipalities, CDA is financed by three international foundations, individual and corporate donations, and foreign embassies. Helena intends to work with partners to improve the visibility of her method so that it may eventually be incorporated into all Chilean public schools' curricula. She has designed and hopes to conduct workshops for public and private sector institutions to explore the economic value of investing in preventative CDA methods instead of increasing spending on reactive programs like jails, drug treatment facilities, and state-run homes. In the interim, Helena wants to expand her program to other countries in Latin America by training hundreds of new therapists and monitors, as she has successfully done in Sweden and Finland. By diversifying her network of collaborators and by bringing the CDA Method to schools around the world, Helena will break the cycle of academic failure that has burdened impoverished children for too long.

Helena's interest in education for underprivileged children originates in her passion for community service. As a teenager, she held as role models Golda Meir, Elizabeth Fry, Keir Hardy, and Brother Damain; each represented the drive to improve the human condition even when faced with the most adverse situations. The CDA Method's principles were founded on the example set by these four.

Helena was born to a privileged Catholic family in New Zealand and was educated at a boarding convent, where she was considered behaviorally challenged. She learned to read at age 4, however, and became a tireless reader. She completed high school at the early age of 16 but could not be accepted to a university because of her youth. Subsequently, at 17 she emigrated to Chile, feeling that she "had been born in the wrong country."

In Chile, she worked at the British Council and volunteered in several social assistance programs. She read and wrote for the blind and taught the children of poor families. Later she traveled to Colombia to help eradicate leper colonies. Though Helena loved what she was doing, she felt she lacked academic preparation and traveled to England on scholarship to study psycho-pedagogy. She earned her postgraduate degree in neurocognition from a university in Hungary.

Once back in Chile, she worked with the National Library to develop a reading-stimulation program for underprivileged children that brought itinerant libraries to poor communities. She also participated in an education curriculum-reform project at the University of Chile in Santiago. In 1976 she adopted two orphaned children and, within the following year, two of her husband's teenage nieces. For a while, Helena focused her energies on taking care of her family, though she still participated in her parish's community activities and organized a reading club for neighborhood children.

Having learned firsthand about the children's needs during their most critical developmental stages, Helena began to develop the CDA Method in 1979 and founded the Center for Learning Development to serve children who had been diagnosed with minimal brain disorders. Though most of these children came from economically vulnerable situations, they had the support of their families. Conversely, during the same period, the National Service for Children asked Helena to develop methods to help at-risk girls living in state-run homes. Helena compared the two populations and observed that she achieved better results among the children whose families supported them. She decided to focus her work on this group because it demonstrated a higher potential for recovery, and because she sensed an inherent link between development and family participation. She published her CDA Method in 1984 and applied it with great success in Finland and Sweden in 1988. Between 1990 and 1992, she collaborated with Helsinki University, Jyvaskyla University, and the Science Academy of Finland to carry out a study on the efficiency of the CDA Method, the successful results of which have been widely published.

Helena's enthusiasm is unwavering. Relentless in her efforts to facilitate change, she sits on the board of ANTU, an organization that trains social leaders, oversees the Salvador Allende Foundation's professional-training scholarships, and is a member of the Los Vilos Native Flora Society and the Scholarship Rodrigo Muñoz Godoy Commission that finances adult education. Helena's greatest happiness is the contribution she has made–both of new methods for the development of underprivileged people and of systems by which community members can identify and address their own needs so that their abilities and talents may shine through.