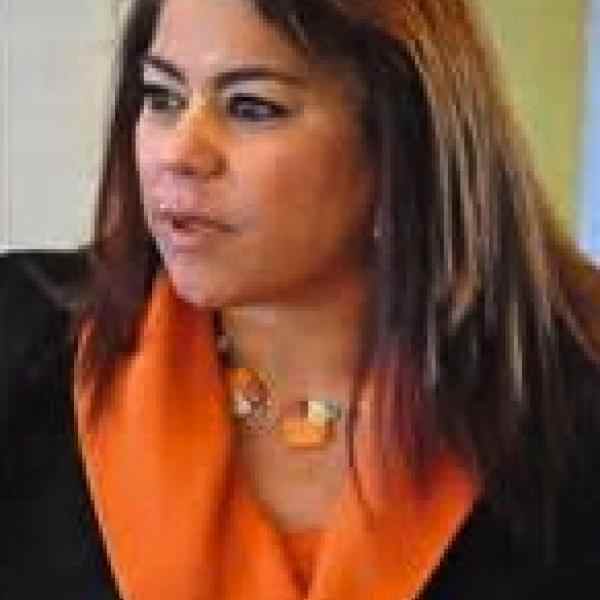 Elsa Jimenez is assuring families’ legal rights across the U.S.-Mexican border, by putting structures in place to give women the support and access to resources necessary to secure their legal rights to alimony.

Elsa’s work transforms a legal technicality—the right to alimony—into a concrete set of mechanisms for Mexican women to not only access the U.S. justice system, but also the necessary personal, legal, and financial structures and supports. In an increasingly borderless North America, Elsa is creating a world where the legal profession and legal systems also operate continentally.

The increase in rural and urban poverty in Mexico has made international migration—most often to the United States—a primary survival alternative. Between 1995 and 2000, 1.6 million Mexicans made this trip, over 75 percent of whom were men. In 2000, 63.1 percent of those men were the primary breadwinners for a family. And while remittances represent a significant influx of U.S. dollars into Mexico, many families, often headed by resource-poor women, never hear from their husbands or partners after they have migrated.

Technically, these women have the legal right to claim a part of their partner’s income. Mexico’s signature to a series of international conventions—the Universal Declaration of Human Rights, the American Declaration of the Rights of Men, the American Convention on Human Rights, the Interamerican Pact on Economic, Social, and Cultural Rights, and the Convention on the Elimination of All Forms of Discrimination Against Women—guarantees women freedom from the type of economic negligence committed by absentee spouses. Meanwhile, the United States, as party to the Hague Convention on Private Right, has committed to enforcing filial and kinship obligations. But these international obligations, while legally binding, have rarely been heeded.

The challenges around this issue extend well beyond legal technicalities—women themselves often hesitate to pursue formal recourse to claim money withheld by their partners. Sociocultural norms compel women to accept their lot rather than trust the formal, often corrupt, and expensive legal system. Moreover, they themselves often fail to recognize that their rights have been violated and that they are both legally and, more fundamentally, morally entitled to compensation.

Elsa recognized early on that she would need a direct relationship with the United States bodies already working on alimony collection within its borders. To realize this vision she set out with a simple mission to document the reality of the problem. Elsa recorded over a hundred cases of women whose husbands had gone to the U.S. seeking work to support the family but had never returned with the promised income. With these stories in tow, she negotiated an agreement with the United States Ambassador to Mexico, ultimately allowing her to open an office and tap into the services of the U.S. consulate in Tijuana. Today, the consulate devotes one day a week to tend to Mexican women’s demands, sending their documentation to the state of California Department of Child Support services.

But Elsa’s model does not stop with theoretical legal recourse. She has also established the financial mechanism needed to transfer funds formerly received by U.S. authorities to beneficiaries in Mexico. Fathers pay support money directly to the Department of Child Support in the U.S. This money is deposited in a bank account with affiliate branches in Mexico, and Elsa’s program works directly with the women to be sure that they are able to withdraw funds once the transaction is complete.

Despite this functional system, the legal process can be exhausting for the women, particularly those who do not recognize their right to demand funds from an estranged partner. As a result, Elsa works by forming groups of affected individuals that can support each other through this process. Often unaware that they have been victimized at all, Elsa helps the women to see themselves not just as victims of economic negligence, but victims with recourse. In these groups she informs women of their rights and the means available to exercise those rights. With consent, Elsa initiates the legal process and works with each individual until she has obtained legal compliance from her partner living in the U.S.

Elsa continues working with the U.S. consulate to expand the services that they provide this group of Mexican women. At the same time, she has begun a series of training programs throughout her country to prepare lawyers in key states—Michoacán, Guerrero, Oaxaca, Jalisco, and Puebla, where the majority of migrants originate—to take on the task currently performed by only a small group of lawyers affiliated with Elsa’s work.

Determined to fulfill a lifelong dream of practicing law, Elsa paid her way through law school by teaching in the Montessori system. While in law school, she founded the Center for Community Services of the University of Baja California to assist poor families. During those years, she also coordinated students’ social services, an experience which brought her face to face with the hardships faced by women in her community, and cemented a lifelong dedication to improving gender equality.

Upon graduation, she cofounded the Civil Society Organization of Yehuani, out of which her current initiative is based. In 2001, Elsa began devoting her time to the defense of a series of particularly difficult family law cases, working to establish more just precedents than those in existence. This work came close to landing Elsa in jail, as the conservative state government accused her of illegally defending the biological parents of children who were put up for adoption—and eventually adopted by a foreign family—through a government department. Elsa obtained a favorable sentence, avoiding arrest, and her case forced local deputies to modify Baja California’s International Adoption Law. From 2001 to 2003 Elsa served as general advisor to the Human Rights Commission of the State of Baja California.