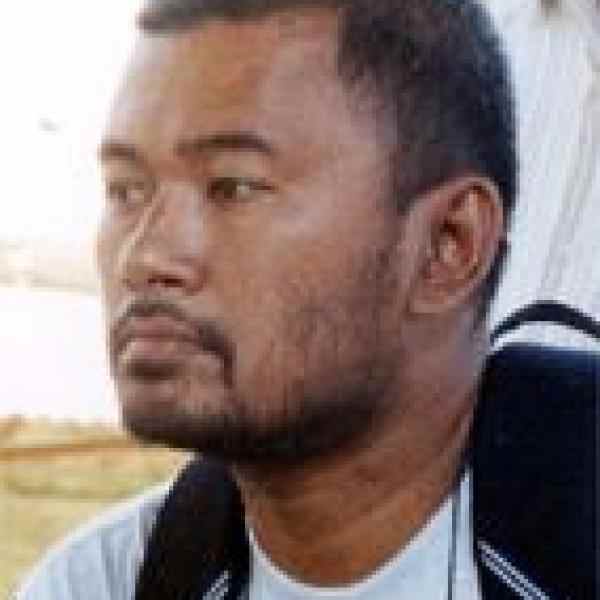 Eko Paripurno is arming Indonesian citizens with the knowledge, confidence, and skill they need to foresee the effects of natural disasters, take control of disaster response, and rebuild their lives after disaster strikes.

Working with communities endangered by volcanoes, floods, forest fires, earthquakes, and other natural disasters, Eko Paripurno is finding new ways for citizens and government to anticipate and respond to nature&#39;s sometimes violent mood swings. The Indonesian government&#39;s response to disaster is often criticized but, until Eko, no one was helping the people plan, prepare, and change the way they understand disasters. Eko has developed a system for early warning, rapid response, rehabilitation, reconstruction, and prevention that shifts the balance of responsibility and authority in crises more towards communities. Eko is also changing local government perspectives by advocating for sound planning in development, construction, and natural resource use–all of which can lessen the damage wrought by unforeseen natural catastrophes. While academics have discussed the importance of better resource management by local government, there has been little attempt at reforming.

Indonesia is prone to calamity, from volcanic eruptions, earthquakes, and tidal waves, to floods, mudslides, and severe droughts. Despite the wide scope and the frequency of disaster, the government does not plan in advance, does not have adequate early warning systems, and does not build infrastructure to respond efficiently and effectively when calamity hits.Without this foresight, the government ends up responding in only two ways: providing emergency relief supplies and evacuating victims from affected areas. When the time comes to evacuate the government swings into action. It decides unilaterally which areas should be cleared out, without seeking input from citizens or community organizations. The unfortunate result is that evacuation is usually much broader than necessary and fails to account for different needs and for people&#39;s potential to return and rebuild. The government evacuates all communities affected by the disaster, as well as those that are only marginally affected, then relocates them to temporary barracks for several months, often without adequate food, water, and employment. Sometimes farmers are relocated to nearby towns, where they are given housing but no land to farm. Other times, people are sent to live on other islands, where the small pieces of land the government allots cannot sustain them.
But people are not always the blameless victims of nature&#39;s wrath. Misuse of land and water often causes environmental damage that invites disaster or makes it worse. For example, watersheds built improperly through the center of town can increase the potential for flooding. Heavy logging of hillside forests weakens the soil&#39;s resistance to mudslides. Fishermen who use dynamite destroy coral reefs, and coastal roads built for tourists disturb fragile sand dunes–both of which are natural barriers against tidal surge. Topsoil degraded by fertilizer and pesticide becomes porous and is easily swept away by erosion. Without planning that anticipates how human activity can strengthen the land&#39;s resistance to extreme conditions, Indonesia may be worsening the disasters that plague it.

Eko has a five-stage system of early warning, rapid-response, reconstruction, prevention, and preparation. During each stage, Eko draws out and incorporates local knowledge and practices regarding disaster response.In the first stage he identifies and documents the traditional signals people used to foresee impending disasters. One good example is how people beat on hollow tree trunks to warn each other of impending floods.
The second stage involves helping people return to their communities, if possible, to assess damage and the potential for repair, to begin fixing homes, and to search for lost livestock. While many may be afraid to return, Eko helps communities regain confidence and restore a sense of solidarity by organizing cultural expositions, which revive a sense of community and value for tradition.
In the third stage, Eko encourages communities to rebuild roads and dams, test the water, choose new local leaders, and reestablish connections between neighbors. This can be a lengthy process, which will probably outlast government disaster aid. In response, Eko helps communities to develop strategies for cooperation among those who have been affected less and those who have suffered more.
The fourth stage involves a range of prevention activities that differ depending on the kind of natural disaster a community may face. Eko identifies disaster-prone areas and helps the community come up with ways to prevent or limit impact. This includes a combination of community activity and government advocacy. For example, in a flood prone area the community builds retaining walls or raises houses further off the ground, whereas in a village near a volcano the community builds a road to expedite evacuation. Too often, outsiders who do not know the land and surrounding environment conduct the research upon which government policy is based. Key to Eko&#39;s work is the involvement of communities in research, planning, and lobbying local governments to develop policies based on real needs.
In the fifth stage, Eko trains communities to prepare for future disasters, equipping them with skill in emergency medicine, alternative methods of communication, and evacuation planning.
Eko wants local organizations to be leaders and organizers of these efforts. Eko trains environmental protection and farmers&#39; networks, such as Indonesia Forum for the Environment and JARNOP, a network of organizations working with farming groups. In addition, Eko has created publications that are distributed widely to environmental and farming groups, as well as to local governments.
Eko recognizes that, while this system of disaster response is critical to providing real and effective assistance and recovery, it is also necessary for local governments to change the way that they manage resources and the environment. For this reason, Eko is advocating that local governments incorporate proper resource management into their policies. Eko is focusing on local governments because decentralization that followed the fall of the Soeharto regime put these kinds of decisions in their hands. He believes that it is critical to educate and influence officials now.

As a child, Eko loved playing in the forest next to his grandparents&#39; home. When he was sent to school in the city, eleven kilometers from this village, he would return to share his experiences of formal scouting activities in the elite city school with his friends in the village. He chose to study geology at university because he knew that it meant he could work outdoors, and as a student he was a leader in nature and mountaineering clubs. When climbing the volcanic mountains which span the island of Java, he found he preferred spending time in the villages along the way to reaching the summits. Graduating with a major in volcanology, Eko continued his serious involvement with nature clubs, and together with some fellow graduates, he established KAPPALA, an organization devoted to strengthening community participation in defending the environment. When Mt. Merapi erupted in 1994, Eko and KAPPALA were active operations and recognized all the mistakes made by the government in their disaster relief programs. With the villagers living on Merapi&#39;s slopes, Eko began to develop his work in community participation in disaster management.