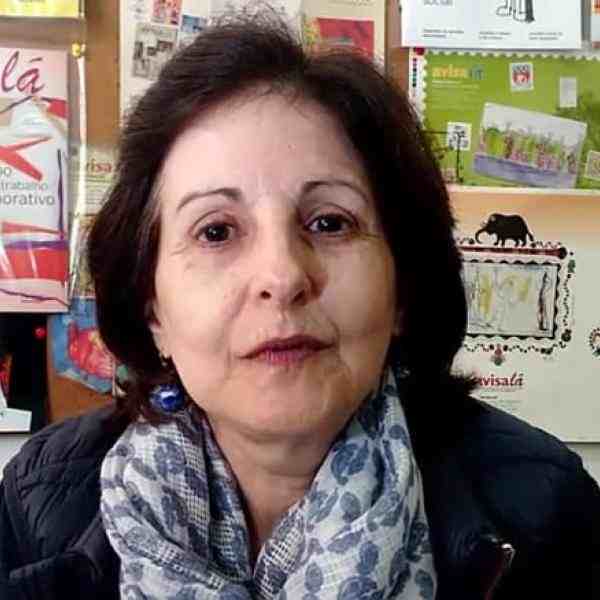 Silvia dedicates her work to training teachers and other actors of public education in primary schools of early childhood education. With her work at Instituto Avisa Lá she built a continuous system of teacher training linked to student learning.

Silvia Carvalho is in the midst of launching a national effort to introduce innovative, modern, professional day care in Brazil. Drawing upon their considerable experience in the field, she have developed practical new approaches that work. In the process, she is redefining day care, upgrading it from "babysitting" to a comprehensive educational, nutritional and health care service. She hopes to transform day care centers from a "dumping place" for poor children to respectable institutions staffed not by "mother substitutes," but by professionals working with and respecting both the families as well as the children.

When all adults in a family must work, especially across the sprawl common to many of Brazil&#39;s cities, day care for their children becomes a necessity. This is especially true for the poor. In Brazil, however, day care is rare and generally a form of &quot;relief&quot; rather than preschool education.
Historically most centers, especially those supported municipally and by the state, were designed to provide relief services for children from poor families where poor health, acute malnutrition, and the inability of a working mother to provide minimal care are characteristic.
This history led to a pattern that crippled the emergence of modern, child development-oriented preschool services. The emergency relief idea easily connoted criticism of the parents and seemed to justify excluding them from participating in the center&#39;s activities. The centers, looking for staff to be mother substitutes, sought women, preferably mothers, rather than requiring professional training for providing care. Day care took on the stigma of a welfare program for the least capable families that good (and certainly middle class) parents would not need.
Both Lenira and Silvia have extensive experience working with day care centers in the State of Sao Paulo. Lenira is a psychologist who has directed a center in a poor suburb for over five years. Silvia supervised 25 municipal centers. Both wrestled daily with problems ranging from high absenteeism to parent-staff conflict -- in short, problems that added up to children getting little developmental benefit from their ten hour days in the centers.

Coming from this experience, one of Lenira and Silvia&#39;s core tenets is that preschool work must be transformed into a professional undertaking. Lenira and Silvia have established the profession in early child development as an attractive career choice -- one that is both self-respecting and well-respected.
Their development and profession-defined framework is bringing a series of mutually reinforcing benefits. Changing the role definition of the staff has upgraded the job and improved self-esteem. As the old and rather negative competition between staff and parents has abated, parental participation has increased, thereby leveraging the staff&#39;s efforts. A more professional staff takes more responsibility and initiative. Together with increased parental involvement, this leads to more new ideas, greater experimentation, and effective change.
Lenira and Silvia, increasingly backed by centers that have themselves become engines of change, are introducing a series of specific new or adapted approaches into the programs of the centers they are helping. These include:
* Discussions that began in the staff meetings of their model center led to &quot;double scheduling&quot; (two 6-hour shifts spread across parents&#39; 10-12 hour work days), an approach that is now spreading across the region.
* They have experimented with adapting the models of more decentralized (both organizationally and physically) centers. Whereas in the traditional setting a group of children was allocated to a worker (mother substitute), now children can move among interest rooms -- each with its own staff and an appropriate set of toys, art, and related materials. The workers (educators) &quot;open doors&quot; and the children have some choice and a broader range of contacts.
Having proven that such innovations can work, Lenira and Silvia left their jobs to create &quot;Crecheplan&quot;, bringing with them several other day care professionals. Crecheplan is a non-profit organization that provides day care consulting, outreach work, and training courses.
Crecheplan started its first training course in 1987, a few months after Lenira and Silvia received their Ashoka Fellowship. Their courses cater to professionals from state, municipal, church and industry day care organizations. Their first courses have been highly successful: they now have a long waiting list for the next offerings.
One of Crecheplan&#39;s important activities is the &quot;free assistance&quot; program for poor, community-managed day care centers. This work usually involves the gamut of day care activities including: personnel training, physical layout design, development of creative and educational activities suited to the children, and even the development of nutritional seasonal menus based upon the availability of locally grown, inexpensive crops. This direct training and consultancy assistance helps Lenira and Silvia further develop their ideas, build a core of professional allies, and begin a dissemination process.
To have the large impact they want and that is clearly needed, Lenira and Sylvia know they have to reach out to a broader audience. They are doing so in a number of ways. Perhaps the most immediately important is through the women&#39;s movement. They have won support and endorsements from a number of the movement&#39;s key leaders across Brazil. The National Women&#39;s Rights Council, an umbrella organization for women&#39;s groups, for example, has recently agreed to distribute Crecheplan materials nationally.
Silvia and Lenira have also been active in the Ashoka network. Sonia Correia, an educator and Selection Panel member, invited them to Recife to lecture and give workshops with the Community Schools Group representing 48 neighborhood schools. And Emilio Eigenheer, an Ashoka Fellow in Rio, has requested their assistance in organizing day care networks as part of his work.

In the course of working to solve their immediate problems at existing day care centers, Lenira and Silvia gradually evolved a systematic critique of the current pattern of service. From this, they developed a practical, concretely demonstrated and highly successful alternative approach. This alternate model is becoming increasingly popular. It has already spread to five other day care centers in the region.
The learning process was not always easy. For example, roughly six months after they began to engage area parents in the center&#39;s activities, Lenira and Silvia had to face conflicts between the staff, who generally saw themselves and acted as mother-substitutes, and resentful parents. They responded by redefining the staff&#39;s role more upon the model of a professional educator. The change took months and entailed a good deal of staff anger.
This was but one strand in a multi-year learning process that gave Lenira and Silvia the in-depth practical understanding that now underpins their more generalized vision and far broader target arena. These years, matched by a parallel process of conceptual formulation and professional self-improvement, constituted the years of &quot;apprenticeship&quot; that make them ready to &quot;take-off,&quot; to have a major impact now.