“NGO’s are easy to set up and hard to kill off. That’s the definition of a cockroach. You see so many of them doing the same old thing, it makes me want to vomit! God, would one of you think of a fresh approach for doing something?” Meet Charles Maisel, the founder of Innovation Shack. As controversial as he is kind hearted, this is one man whose view point shakes up conventional charity thinking.

The beginning of Charles’ career looks like another great story of bright student done good. Charles’ first endeavour after graduating was to set up the award-winning charity, Men on the Side of the Road. The organisation provides men (and now women) who would otherwise be standing on the side of the road touting for work, with regular and suitable job opportunities across South Africa.  A storming success, Men on the Side of the Road provides 200,000 jobs per year, making a sizeable impact on the millions unemployed.

For Charles however, becoming coined ‘the guy who does unemployment’ was boring. Insightful of what works for him and more importantly what doesn’t, he confesses that he hates managing people, can’t sit in meetings and doesn’t want to be the ‘the face’ of an organisation. Charles’ job criteria are simple he explains, “I want to come up with new ideas, have fun and not work very much”. And Charles is proof that you can live this boyish dream and still make money.

Entirely out of keeping with your archetypal charity worker, self-deprecating is about the last word we’d use to describe Charles. He’s not modest about what he achieved at Men on the Side of the Road and he believed then (and still does now) that his creative genius deserved reward. What’s more, Charles wanted something in return that would allow him to live his dream of kicking off more ground-breaking initiatives. So before moving on Charles requested a monthly royalty fee for having founded the organisation. This ‘founders fee’, as he calls it, still hits his bank balance every month along with the kick backs he’s now getting from the plethora of other organisations he’s since established under his company Innovation Shack.

Advocates of bringing business thinking into the third sector, we surprised ourselves at how unfathomable we found this concept. Searching for common ground, we felt a mixture of unease and awe when Charles said to us “I have no problem taking the money, no scruples at all!”. We inched down off our high horse when he told us that many of his subsequent projects have been for-profit entities but we spent the rest of the interview flip-flopping between viewpoints – was this morally heinous or total genius?

As Charles’ story unfolded it became clear why he prefers to sack off the ‘social’ part of the label ‘social entrepreneur’. He prefers the term ‘social artist’, which though verging on pretentious, does gain traction when you look closer at his approach. Brought up in a family who ritualistically read the paper, Charles uses newspapers for creative inspiration. He skims from page-to-page looking at headlines, text, adverts and photos, never spending more than five minutes before picking up his next read. His mission throughout is to prompt spin-off thinking about how the problems exposed could be solved. He then sells his solutions (or ‘paintings’ as he like to call them) for a cash return just like artists the world over.

As Charles explains the innovation technique he’s perfected over the last 10 years, he challenges us like a pair of his college students, “what’s so good about newspapers?”. We stumble over our response and he’s quick to explain that they’re so powerful because “they’re objective, accessible, current, diverse and world-reaching. They’re like a daily snap shot of all the world’s problems that need to be solved.” Why didn’t we think of that?

When Charles isn’t spending his time surfing, hiking or doting over his two boys, he expends a lot of his energy over reading the paper. When he strikes on something, he explains how he jumps into overdrive, “I feel new things. If it’s there I get goose bumps and my hair stands on end!”. With a backlog of 3000 ideas created in this way, he manages to put one idea into action every month. Again though, like an artist, his ideas are guaranteed to make you see things in a different way.

In January Charles was struck by an image of people protesting and carrying sticks. An ordinary reader might feel a twinge of fear, but an extraordinary reader like Charles began to think about how the traditional art of stick fighting could be commercialised. A quasi-sport, stick fighting has rules but it’s fast and dangerous. Within weeks Charles had invested his own capital to set up stick-fighting tournaments in the Cape’s townships. Before long they were drawing crowds of 1000 spectators, attracting coverage from the likes of CNN, BBC, Al Jazeera, ABC and National Public Radio, and of course turning Charles a tidy profit.

Charles tends to get involved in the start up phase of his ideas, offering guidance, contacts and often his own capital. Then he agrees his cut, usually just on a hand shake, and takes a back seat. He never takes shares, only monthly payments, as he wants to keep his level of ownership as low as possible. Blaming ownership for a lot of the world’s major crises, he avoids owning anything. His house and business are in his wife’s name and he joked with us that he thinks he only owns his car, boots and surf board!

Searching for what makes Charles tick, it became clear that he’s more of an innovation addict than a social soldier. Whether it’s got a social side or not, he admits that he lives off the excitement he instills in others when they stand back and say “f**k that was innovative!”. A self-confessed loner, Charles doesn’t crave acceptance and is unphased when his ideas fail to come to fruition.

Charles also claims that he keeps his emotions well out of his work life. “I have no emotional involvement with anybody – not the staff or the communities,” he says. This, however, we struggled to believe when seeing Charles in action. First we popped by one of Charles’ earliest projects, Black Umbrellas, a work space offering affordable rates and mentoring to black African entrepreneurs so they can get their businesses off the ground. We were struck how everyone greeted him as ‘Chief’ and by the personal encouragement he gave one guy as yet failing to make money.  It was very apparent that the care free persona Charles was keen to portray actually cared a lot.

Next we sat through one of Charles’ lectures at the local university. Charles’ model is far from a kept secret and nor does he want it to be, “I will always do my own stuff but I want to inspire people through my technique to come up with as many innovative ideas as possible!”. Whilst chewing gum, he made jokes and kept the atmosphere light. Reflecting their lecturer’s relaxed approach, the students openly shared their latest innovations as they ploughed through the newspapers in pairs. Each idea was greeted by Charles by a response that was honest but always supportive.

Just one month earlier in class, Baden, a student from the run-down township of Lavender Hill, discussed an article with Charles about gangster crime in his local community. Baden, himself a converted drug user, laughed when Charles questioned him “Is there any Lavender in Lavender Hill?”. When Charles suggested that they plant one million Lavender plants in the township and sell them for profit to national retailers, Baden underestimated the sincerity of his eccentric lecturer.

After one email to his contacts Charles was on the radio, in response to which 200,000 cuttings were pledged, and start up funds donated. Three weeks later, April’s ‘Project of the Month’ is well under way and when we arrived at the primary school where the project has been set up, Baden was rushed off for an interview with CNN.  Whilst to our surprise, yet true to his word, Charles sat back in the shadows and wasn’t looking to get any face time himself. We were impressed. And then even better, we were introduced to the ‘gardener in charge’ who turned out to be the original man on the side of the road; the guy who had inspired Charles to set up his first organisation and who’s been a close friend and right hand man ever since.

A man who rules with a confusing mix of head and heart, we would defy anyone not to be fascinated by Charles Maisel. An economics graduate who refuses to vote, an ex-rugby player who collects art, an atheist who believe in Karma and an inventor who’s made a mint. Make of him what you will but follow his two-step criteria for career success (1. Have fun 2. Be creative) and we’re pretty sure you can’t go too far wrong. 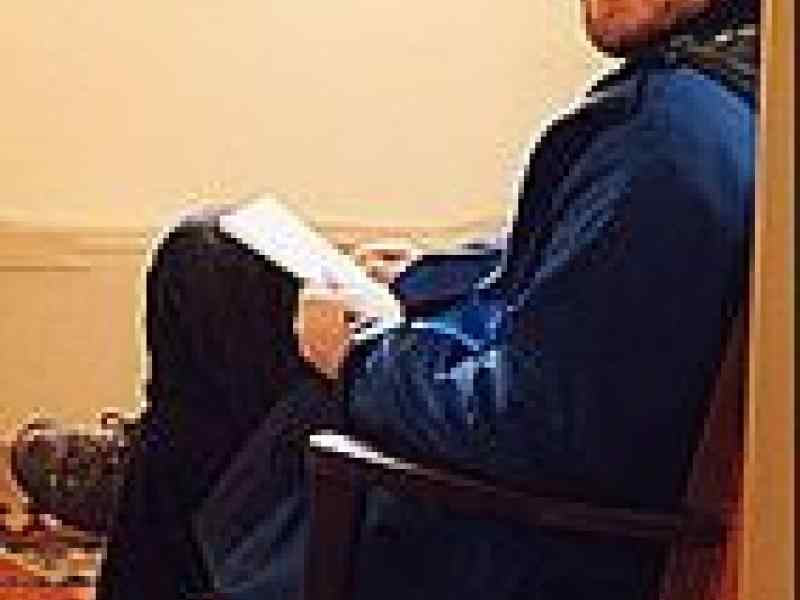 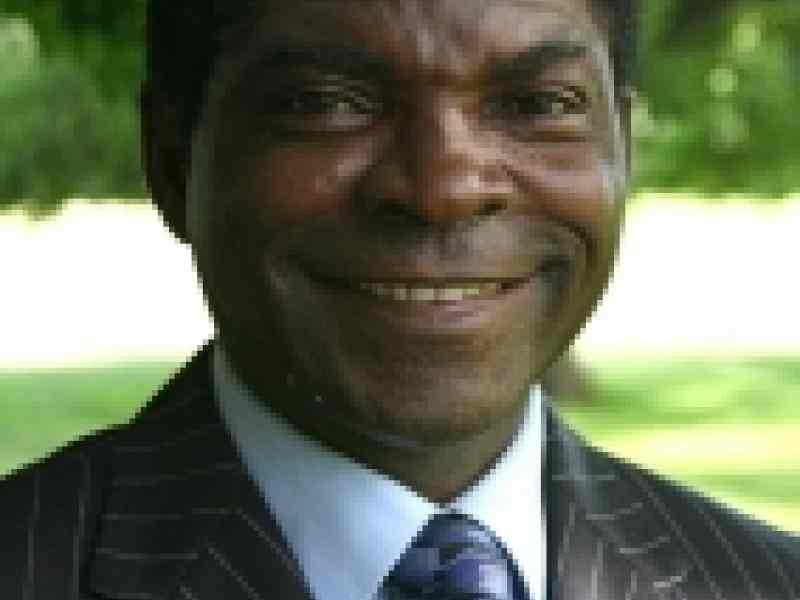 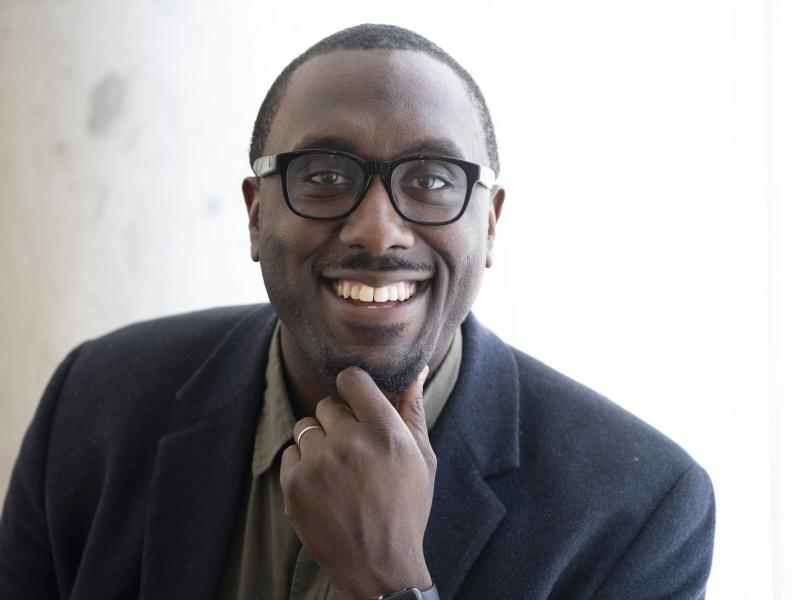 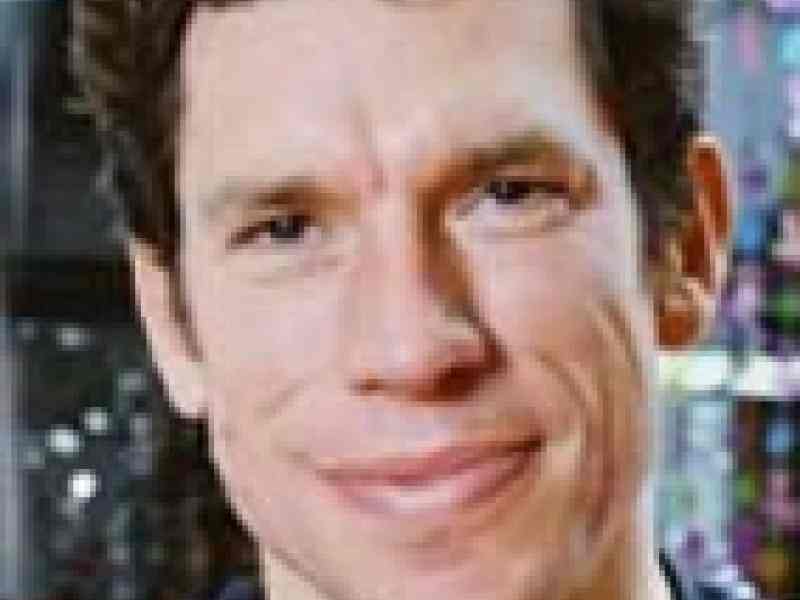