Starting with a pack of art supplies, Malcolm and his team launched a nonprofit and global movement to change how kids experience hospitals through art. 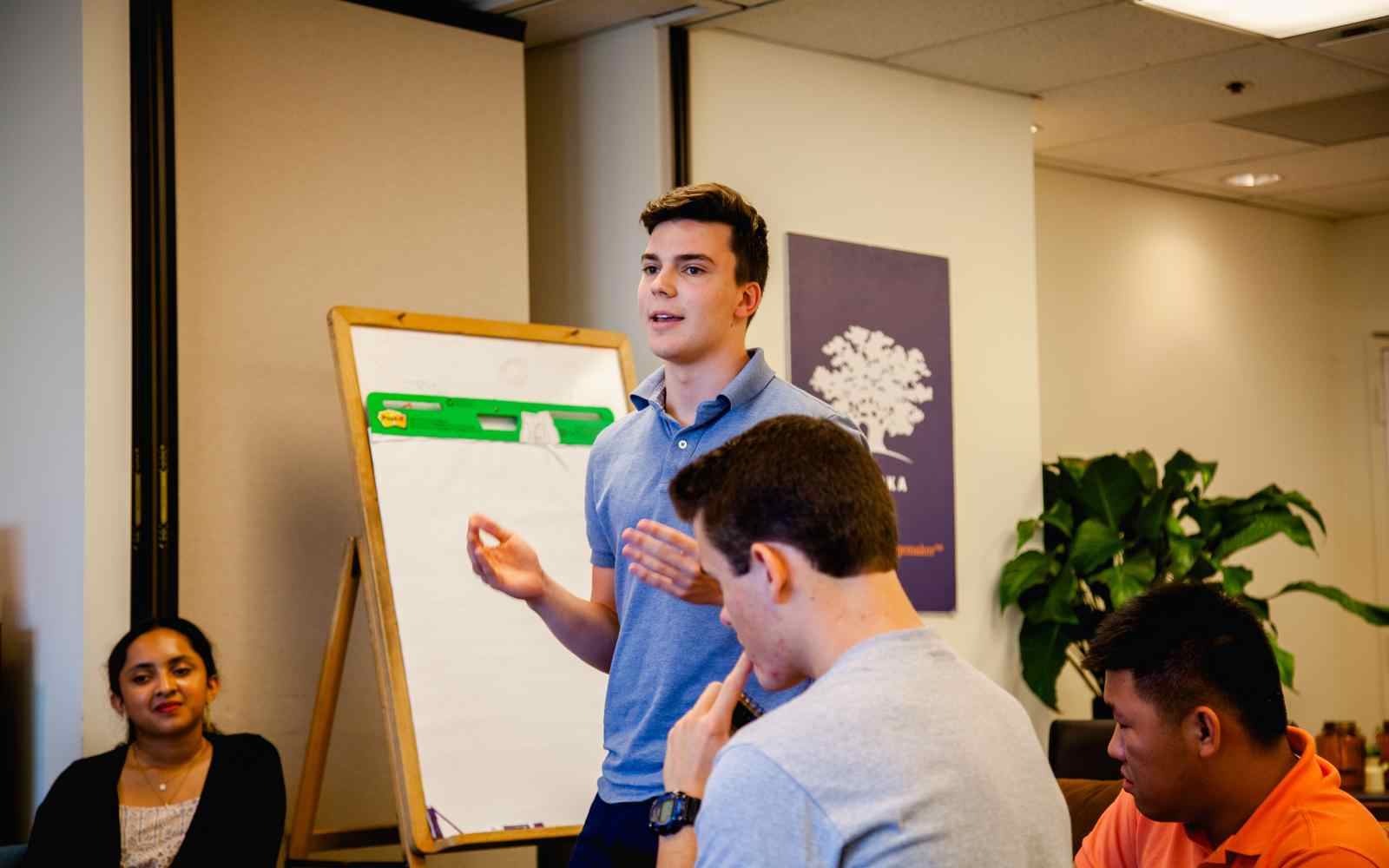 Changemaking starts with empathy. Empathy is the ability to recognize the lives experiences of others, regardless of who they are, and feel empowered to take action, which is a critical skill in order to thrive in an increasingly interconnected world. Recognizing his own power, Malcolm’s gesture of kindness to a few pediatric patients in a local hospital scaled to become an international organization and movement. Malcolm and his team, a committed coalition of globally-minded young people, are revolutionizing experiences inside and outside of hospitals through art.

When Malcolm Asher began volunteering in his local hematology and oncology outpatient clinic,  he sensed the anxiety and fear within the hospital environment among pediatric patients. In response, Malcolm decided to set up art supplies to offer a simple joy for young patients undergoing treatment. He expected the children to draw pictures for themselves or their parents, but was surprised to see one of the patients draw a picture for her friend in the clinic who wasn’t painting with them. This sincere interaction illustrated to Malcolm the power in sharing art and how art fosters “a great sense of positivity and confidence” for all involved.

Malcolm and his friends co-founded ArtPass to facilitate the creation and sharing of art between hospitalized children. After starting the venture, Malcolm realized that there are so many other issues surrounding pediatric hospitalization around the world. Specifically, Malcolm was motivated to address what he considered to be inadequate attention to the emotional wellbeing of pediatric patients. Globally minded, Malcolm moved beyond the notion of distributing art supplies to a local hospital to shifting how patients think about hospitals on an international scale. ArtPass is now a youth-led international nonprofit that seeks to remold and reimagine how kids experience and perceive hospitals through the power of art and art therapy domestically and internationally.

Through distributing individual art packs, ArtPass connects young patients in the same hospital together through in-hospital (pen-pal style) art programs. The program encourages young artists to leave a few of their pieces behind once they are discharged from the hospital for the next child to enjoy. Their international campaign, #Artfor195, aims to increase access to art supplies for kids in hospitals across the world’s 195 countries. Additionally, through a global ambassador network, ArtPass distributes a curriculum to educate young people about diseases, symptoms, and treatment options to destigmatize hospitals and eliminate the fear from seeking medical help. In 2018, ArtPass had 75 registered chapters globally and impacted over 9,000 children as well as expected to sponsor over 100 chapters registered by the end of the year.

Malcolm credits his dynamic team of pediatric specialists, hospital administrators, and nonprofit executives as well as family and friends for ArtPass’s success. Although adults offer professional guidance and mentorship, a team of co-leading young people are in charge, which is why ArtPass’ Global Ambassador network is critical to the organization’s international outreach. Malcolm says that it is “young people who have propelled our growth, and it's those young people who help inspire me every day by showing new ways we can share our story, fundraise, and advocate.”

Malcolm also credits his grandma for inspiring him to be a changemaker. Growing up, through the creation of her own charitable organization, Malcolm’s grandmother “convinced [him] that change could be possible, regardless of the roadblocks [that he may] encounter.”

As an Ashoka Young Changemaker, Malcolm contributes to a world where every individual can pursue and scale their idea for societal change. He acknowledges that doing so can be “intimidating at times,” and that “young people are so frequently disregarded, but offer so many fresh, new perspectives and offer a drive and passion that is incredibly strong.” That is why Malcolm believes in the importance of stepping into your power because “everyone has the potential to be a changemaker.”

Learn more about Art Pass, the team behind the organization, and other changemakers from T-Mobile's 2018 Changemaker Challenge.