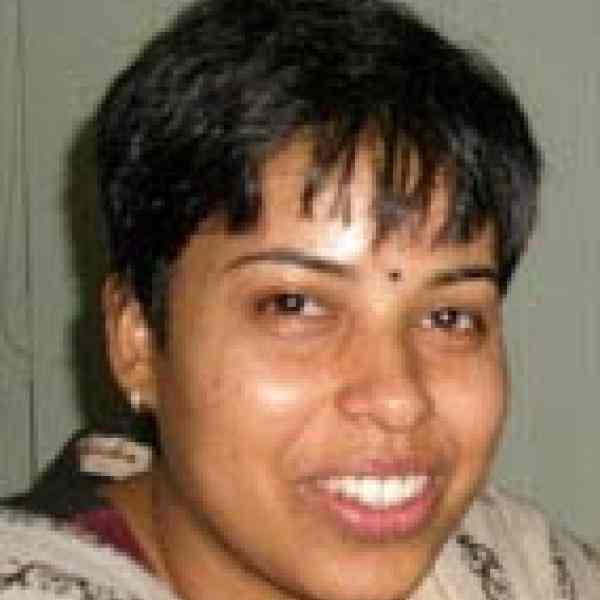 Nidhi Prabha Tewari is transforming the political process in India from a patronage system to one that emphasizes policy issues and meritocratic advancement. By focusing on youth wings of national political parties, Nidhi trains the next generation of political leaders in a new type of politics, and puts pressure on current members of parliament to reform as well. In changing the manner of political interaction within national parties, Nidhi is strengthening the links of representation and the health of the democratic system.

Nidhi pressures national political parties to focus more on policy and less on political patronage and favors. By reaching out to the rank and file of the party at the youth, state, and national levels, she discovered how poor the communication between representatives and constituents has become. As a result, those in charge of forming policy and legislating are completely out of touch from the needs of Indian citizens. And even within political parties, junior members have little connection to party leadership about programmatic ideas. Such lack of dialogue within the party around substantive issues breeds future leaders ill-equipped to analyze and resolve tough policy problems. Nidhi recognized three critical needs to get the political system moving in the right direction: political party awareness of issues facing their constituents outside the party, the ability of elected representatives to craft and analyze legislation, and a meritocratic system of rising through the party leadership. She believes the key to such changes lies with young political party members. For example, changing the way that the youngest members of parliament rise through the ranks ensures that greater attention will be paid to policy later in their career, which in turn reinforces the connection between constituencies outside the political system as they become more important to craft more responsive legislation. This idea of reforming intra-party dialogue on a national level is poised to take off because the political parties themselves are starting to feel the pressure of increased competition for political efficiencies. As coalition governments become more common in India the national parties must become resilient enough to withstand a shared leadership role and adaptable enough to understand other party policy approaches. The explosion of advocacy groups, both national and international, has ensured that the trend of increasing lobbying will accelerate, which makes informed policy decisions more important if representatives seek to act on behalf of the welfare of their citizens. Finally, Nidhi has noticed a generational trend towards greater accountability for members of parliament: younger representatives are more willing to take her up on the offer of policy concealing as they look for new ways to become informed about law-making.

Ascendance to power within India's political parties is often based more on patronage than merit; a future politician's governing ability is given little weight when making promotions. Young party leaders are trained in getting votes and dolling out favors rather than connecting with constituents to form responsible policy to serve them. A culture of quid pro quo politics is established at an early stage in a young politician’s career: youth wings of the major national parties are trained almost exclusively on how to generate popular support, hold rallies, and develop funding opportunities without actually finding out their constituents’ needs. This shortsighted focus on rally organization creates a system that rewards good organizers but not necessarily good politicians.When these members of the youth wings rise through the national leadership they bring the organizing tools that they learned with them to a national stage, where they become part of a large system of patronage based on political favors. Nidhi describes the life of an MP as a series of daily meetings with people asking for things, such as seeking entry into top universities and hospitals. And with all their time taken up by maintaining this elaborate patronage system, the MP must rely upon bureaucrats and their political parties to dictate policy and form legislation—bureaucrats who are not at all accountable to the electorate. The lack of familiarity with their constituents and important policy issues lies at the heart of the inadequacy of members of parliament to act effectively when it come to policy change. When bureaucrats are in charge of legislating, citizens are deprived of any recourse to their elected representative and their political voice becomes dependent upon an ability to make extra-legislative arrangements. Such marginalization of citizen input will ultimately jeopardize the political system as participants lose faith in their ability to communicate with the elected representatives.

Democracy Connect targets future members of parliament who are currently active in the youth wings of their party. The organization is designed both to alert sitting members of parliament to constituents’ needs and to educate future politicians about how to deal with substantive policy issues. Through her work with the youth wings of the major national parties Nidhi has introduced a focus on policy analysis for those charged with crafting it. This requires young politicians to first address their own links to current national level politicians and the entrenched system of patronage. Second, it requires shifting focus away from rally organizing to deal with policy issues that affect youth across India—everything from voter registration to labor laws. Nidhi has already begun consulting with the Youth Congress, the largest youth wing of any national political party, to get them to spell out their grievances about the current interaction between youth and the party leadership. She is looking to expand this needs assessment to other political parties and implement interventions that force young leaders to call for greater involvement in the shaping of policy. Nidhi has designed solutions to target different political actors at the nexus of this lack of communication and critical thinking. She works primarily with the youth wings of each party to create a sustainable source of good policy-oriented young politicians for future generations. She has also begun working with the sitting members of parliament, and although she recognizes this will be a more difficult challenge, the combined influence of the youth wing reform and her direct issue education intervention with the MPs should create enough pressure to begin reforming the manner in which these political participants conduct business.Nidhi’s third program, ‘Constituency Connect’, serves to link citizen advocacy groups with their elected representatives. This program provides an unbiased platform where advocacy groups can present their cases for change in an atmosphere that dose not automatically entail a patronage relationship. By establishing these meet-ups Nidhi has created a new context where politicians can consider advocacy groups’ recommendations based on well-reasoned arguments rather than political favor. For example, Constituency Connect brought a group of fisherman to New Delhi in order to meet with their representative and explain encroachment on traditional fishing territory and problems with labor organization. The meeting was preceded by a briefing that Democracy Connect offered to the representative members of parliament in order to familiarize them with the subject before meeting with the advocacy group. Nidhi plans to expand this program to include dozens of advocacy groups and other members of parliament.Nidhi sees the three tiered intervention strategy combining to create a shift in the whole political process from a system of ill-informed patronage to a policy oriented system where elected representatives have a stake in legislative outcomes. She is aware that this reform will take time but she has situated herself and Democracy Connect as an apolitical resource and forum for much needed political transformation.

Nidhi has a deep inner motivation and discipline that drove her to succeed academically during her childhood. She was encouraged to read from her father’s large library and took an active interest in political philosophy comparing the works of Gandhi and Ambedkar while finding new personal meaning in the struggle for Indian independence. She was active in student leadership and debate at university where she founded a newspaper and managed to graduate with commendation from the Dean of Faculty. After finishing university the Gujarat earthquake drew her to a city that was badly affected by the disaster. Upon entering the disaster zone she looked for places that her talents would be best used and settled on the village collector, the head bureaucrat in the Indian civil service. She followed the collector from house to house assessing damage and finding solutions to problems for basic sanitation to shelter. She was quickly given greater authority over a large section of Gujarat that served as a camp for displaced people after the earthquake. She helped this community connect to local bus transportation, water utilities, and become independent with respect to waste and electrical generation.After leaving Gujarat, Nidhi moved to Delhi and began working with a member of parliament who asked her to help him design policy initiatives. While working as a legislative staff member she began to understand the problems that members of parliament face when trying to understand their place in the policy making process. She founded Democracy Connect to address the question of responsible legislation more broadly.