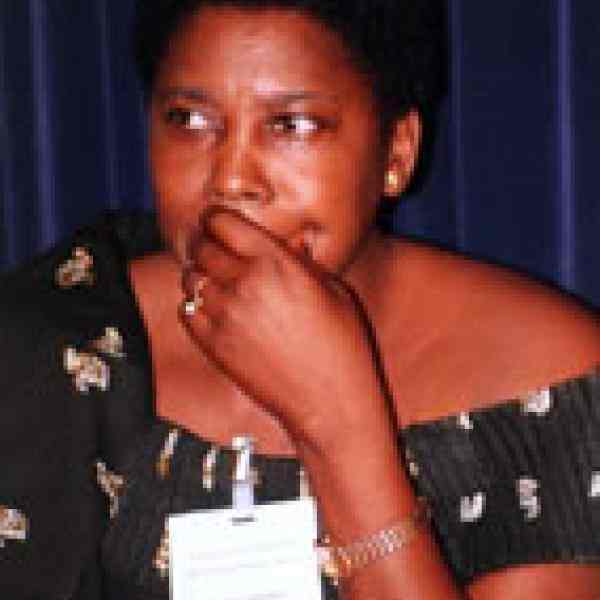 While numerous efforts have been made to respond to the spread of HIV/AIDS in Burkina Faso, most of these strategies fail to effectively address the emotional trauma and economic stress that HIV-positive people endure. Women face a particularly difficult burden, and Martine Somda is working to lessen that burden by helping women gain employment opportunities and play a more active role in the prevention and treatment of those with HIV/AIDS.

HIV/AIDS-infected women often lose their households and sometimes their husbands, and are frequently dispossessed of their property by their in-laws. As a result, they find themselves on their own, fighting the disease while trying to find sustenance for their children, whom nobody wants to take care of. Often, the services they receive from government programs and non-profit organizations fail to address many of the social ramifications they face as a result of their HIV-positive status. The main drive of Martine’s approach to the HIV/AIDS response is her belief that women will only be successful if and when they themselves are in charge of the conception, advocacy and delivery of programs. She believes that wherever decisions affecting women living with HIV are being made, women should be represented as stakeholders. Martine’s work is new in its shift in focus from the purely health-related aspects of AIDS intervention, to the empowerment of women through a variety of means, particularly economically. Her approach includes traditional methods, such as providing a package of services covering the whole range of needs of People Living With AIDS (PLWAs), and fostering a community to promote solidarity and mutual support. However, Martine takes this work a step further by devoting much of her time to helping women take part in sustainable activities, including income-generating and self-employment projects, depending on their skill, interest, and geographic location. By enabling HIV-positive women to overcome the stigmatization and discrimination they face and become stakeholders in society, Martine hopes to improve their living conditions and ease the social burden they bear. This perception shift is significant because it views women not as victims of the disease, but rather as equal and full citizens, and Martine hopes other West African countries will adopt this mentality to their own HIV programs, as well as those related to other marginalized populations.

Currently, women are at the highest risk of contracting AIDS. In 2004, 56 percent of the 270,000 people living with HIV in Burkina Faso were female (UNAIDS Report), due in part to sociocultural factors that are exacerbated by economic dependence, poor levels of education, and lack of access to basic information about the virus. For a long time, Burkina Faso only focused on the prevention of HIV/AIDS, depriving PLWAs of any consistent support or care. Healthcare that was provided to women living with HIV lacked quality and did not encompass trauma care or economic empowerment to prevent social exclusion. A lack of empathy resulting from severe stigmatization has plagued all efforts to quell the epidemic, and free antiretroviral (ARV) access has rarely been considered a priority. As a result, the transmission of HIV from mother-to-child remains a significant problem.HIV/AIDS needs to be addressed in a holistic way that takes into account all the ways one’s life is affected by the illness, including poverty and lack of political participation. Women with HIV/AIDS face a double stigmatization that most programs fail to address thoroughly.

In 1997, Martine established Responsibility, Hope, Life and Solidarity (REVS+), an organization headquartered in Bobo-Dioulasso, and dedicated to developing a model in which HIV-positive women are both beneficiaries and caretakers for each other and their children, securing healthcare, trauma care and economic empowerment through income-generating activities. She empowers women living with HIV to be leaders and experts in the social care response to AIDS, helping them become professionals that work with other PLWAs as well as orphans. The association started offering its services in health centers for screening and handling counsels, and today PLWAs take an active part in HIV response training delivered within the centers. The association not only offers information and training, but it also secures microcredit and insurance schemes and develops career plans to help women generate income.Martine is widely known as a leader in HIV/AIDS advocacy for her comprehensive strategy, which includes giving speeches, showing films, leading group discussions with community and religious leaders, and political lobbying with the government. She also has worked to establish partnerships to introduce free ARV access in Burkina Faso and establish a community pharmacy, in addition to her aspirations to duplicate her model elsewhere (as in Guinea in 1998). As of late, Martine’s vision of social change and justice has broadened to also encompass other issues affecting people excluded for reasons such as disability or sexual orientation.

Martine was born in a modest household in 1959 in Dano, a small village in the southeast of Burkina Faso. She was raised in a family of ten and had aspirations to attend a convent in Bobo and become a nun, but was forced to quit, due to persistent health problems and her desire for a general education. In college, she was a skilled athlete in javelin and attended the USUBF National Schools Games in Dakar and the Moscow Olympic Games in 1978. Martine was diagnosed with HIV in 1993, the very same year her husband died from AIDS complications. At the time, there was little therapy available in Burkina and few programs geared toward HIV positive people or AIDS patients. While Martine was trained in public health and worked at a clinic focusing on tuberculosis before her diagnosis, she soon after turned her attention to AIDS.Currently, Martine is a board member of several organizations addressing the HIV/AIDS epidemic, including GIP Esther, the Muraz Center, PROMACO, the Regional Committee of Struggle Against AIDS in the Houet Region, and the PLAN International in Burkina, among others. Through these organizations she has taken on consulting and training roles, and even serves as a chairperson. Martine’s work is widely acknowledged and acclaimed by her peers. She was awarded the Chevalier de l’Ordre National Medal with Aggraf Santé on December 2005 and won the Person of the Year prize of Sidwaya Publishers, the most widely read daily paper in Burkina Faso.Today she is respected for her advocacy skills and the courage and creativity she has contributed, and is viewed as a key individual who set the tone in the movement against HIV/AIDS in West Africa. Martine is the mother of four daughters.