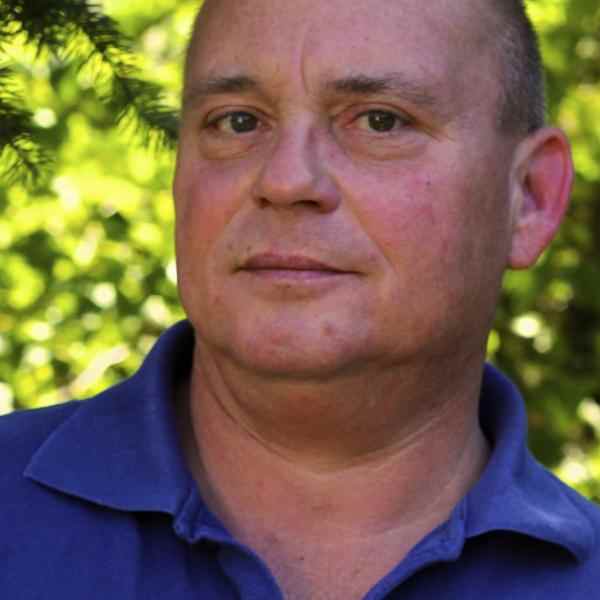 Csaba Kovacs's program for restoring alcoholics to health and productivity radically alters traditional perceptions and treatment of alcoholism in Hungary.

Csaba aims to replace the traditional treatment of alcoholism in Hungary with holistic care that relies on professional assistance, self-initiative, and counseling and group support. The Liget (Park) Model, as Csaba calls his approach, restores alcoholics to addiction-free, productive lives through methods that are new to Central Europe. It includes components of the twelve-step program popularized by Alcoholics Anonymous, along with ideas adapted from the program advanced by Betty Ford and by the Minnesota Model, which relies on support from a multidisciplinary team, including recovered alcoholics. Except in acute cases, the Liget Model facilitates wellness without requiring the patient to leave family or job.

Csaba established the Halfway Foundation in 1994 to provide Hungary's estimated one million alcoholics with improved clinical and psychological care, resources, and support. The Foundation also tries to prevent alcoholism through public education and innovative partnerships with businesses. The Foundation is training individuals to identify the onset and symptoms of alcoholism, and to seek early treatment before the illness becomes acute. It has also established school and workplace programs and a symbolic "Day of Dependency" to encourage Hungarians to address the problem directly, rather than lapsing into the tradition of sweeping alcoholics aside as lost causes.

Of all countries in Central and Eastern Europe, Hungary has the highest rate of alcoholism. Estimates from the World Health Organization underscore the gravity of the problem: nearly one million people, or 10 percent of the population, suffer from the illness, and thousands more, including family members and coworkers, are affected indirectly. Each year an estimated seventy- to eighty thousand people are hospitalized with alcoholism-related complications. These estimates reflect a threefold increase in the alcoholism rate since 1990, a jump caused largely by the demands and frustrations generated by the country's transition from communism to a free-market democracy. The past decade has witnessed dramatic cost-of-living increases, falling purchasing power, and rising unemployment. Economic hardships have pushed many Hungarians into despair and pessimism, opening the door to substance abuse and addiction.

The country's approach to alcoholism is decades behind that of the United States and other Western countries. State-run programs inadequately address the issues associated with alcoholism and recovery, partly because policymakers and doctors misunderstand the malady as a matter of choice, not a treatable illness. Few, if any, programs furnish protected environments in which alcoholics can feel secure enough to address the source of their addictions and attempt lasting change and recovery. Of those alcoholics committed to state-run institutions, very few, an estimated 1 to 1.5 percent, emerge having rid themselves of the disease. Less severely affected alcoholics are quickly discharged from hospitals, only to return to the environments that gave rise to their addiction.

Csaba established the Halfway Foundation in 1994 to provide radically improved treatment for alcoholics and to increase public awareness of addiction and its causes. He introduced the Emergency Ambulance Service to provide intervention and treatment in instances of alcohol-related crisis. As part of this service, a volunteer physician conducts an initial examination of the patient to determine the severity of the problem. In acute cases, the facility is equipped to manage delirium tremens and other symptoms. Following the initial diagnosis, Csaba's team of volunteers reviews the patient's background and advises the family on treatment.

After analyzing a range of factors specific to the individual's life and personality, the team outlines a treatment plan based on the Liget Model. The plan combines medical diagnosis and drug treatment with techniques such as counseling, meditation, and art therapy that help the recovering alcoholic acknowledge the addiction and begin moving toward rehabilitation. Since 1995, the Halfway Foundation has directly helped one hundred recovering alcoholics. Csaba estimates a 10 percent recovery rate in the first year, while the remaining 90 percent of patients take two to five years to reach full recovery. In collaboration with one of Budapest's hospitals, Csaba offers small group sessions in which former alcoholics and counselors work together to prevent backsliding into addiction. Csaba's Liget Model provides the bridge between effective initial treatment and other, traditional organizations like AA, to which his clients may move after successful treatment in his program.

Preventing alcoholism through education and increased public awareness figures prominently in Csaba's work. Since 1995, he has conducted awareness and prevention seminars for more than thirty-five hundred children in fourteen schools. As part of a broader public awareness campaign, he has launched the Day of Dependence, which is recognized in schools and workplaces. Additionally, Csaba distributes brochures and presentations at Budapest's celebrated Student Island Festival, which attracts audiences of three hundred thousand young people annually. In his efforts to expand the reach of the Halfway Foundation and to refine his rehabilitation program, Csaba collaborates with various professionals, including family counselors, police, local authorities, midwives, and medical practitioners, and builds partnerships with related organizations.

This year, Csaba launched the Halfway Addiction and Psychotherapy Counseling Service and Treatment Center, which is staffed by a psychologist, a psychiatric assistant, a part-time intern, and a team of volunteer peer counselors. The center provides treatment to 30 to 40 percent of those who call for initial information. The Halfway Foundation purchased an adjoining building and plans to develop an in-patient facility with a capacity of twenty to twenty-five patients.

Csaba plans to open another center in Hodmezovasarhely, called the Possibility House, two centers in downtown Budapest, and centers in five other major Hungarian cities. Plans call for new services as well, including a kindergarten for the children of alcoholics, who frequently experience mental or physical abuse and therefore may need specialized attention.

Csaba says he owes his life to the Alcoholics Anonymous program, which helped restore him to a productive life. During his recovery frob m alcoholism, he visited hospitals and institutions, interviewing patients who, like himself, confronted the consuming problem of addiction. He saw that in institutional and hospital settings, patients received little counseling or support but were quickly and repeatedly medicated, a superficial treatment for what Csaba understood to be a deep problem. The aim of their care was maintenance, not improvement or healing. Driven by his deep commitment to developing fundamental solutions to alcoholism, Csaba has turned his efforts to reforming treatment programs in Hungary.