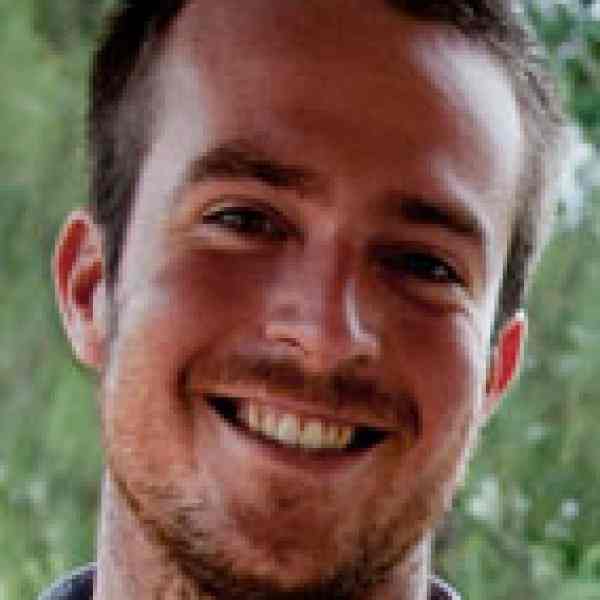 Tevis Howard is creating decades of life-changing income for poor arid land farmers through commercial micro forestry. He is at the same time revitalizing and reclaiming dry unused land while creating a sustainable supply of wood for an ever-growing market of quality wood products.

Tevis is using agro-forestry to get arid land farmers out of poverty by shifting their mindsets from looking at trees as a tool for environmental conservation to treating them as assets with great economic power. By aggregating thousands of small-scale farmers to the extent that they can supply wood to meet the demand of a very large wood products market, Tevis is redefining the way that this market gets its wood. The wood markets formerly relied mainly on large-scale commercial tree growers and unsustainable deforestation for its wood, but Tevis is introducing small-scale tree growers to the value chain. He has set up an extension services network providing seedlings, farm inputs and staffed by well-trained locals to provide guidance and ongoing support and monitoring to local farmers in tree farm management (as well as other agricultural production) and to build trust and long-term commitment among the farmers.

By focusing on arid lands, Tevis is bringing these areas back into the development agenda and providing a unique solution that allows farmers to capture the value of a crop well suited to their environment. By creating a scalable enterprise that both helps farmers grow and harvest trees, and will process and sell the timber, Tevis’ KOMAZA offers hope for substantially impacting the livelihoods of poor arid land farmers not only in Kenya, but throughout arid parts of East Africa and beyond.

Kenya’s and East Africa’s arid lands are at risk of being swallowed up by massive deforestation, degradation, and desertification. The causes for this rapid rate of land degradation can be attributed to many things, including climate change due to excessive carbon emissions into the atmosphere, along with other factors such as swelling populations, unsustainable land management practices, and rapid deforestation that is fueled by poverty and the need to serve an ever growing wood products market.

Due to the perceived unproductive nature of arid lands, they are usually neglected and underdeveloped with little access to public services i.e. health, education, electricity, water, or roads. The inhabitants of these areas are some of the poorest communities across the region. Agricultural development programs often target communities occupying fertile and arable land, as it’s the most cost-effective and low-risk approach for the program implementers. In addition, arid lands provide few economic opportunities to their inhabitants and provide a less than ideal environment for food production. As such, most of the land in arid areas lays fallow and underutilized as its populations encroach further on scarce indigenous trees for charcoal and wood to generate an income.

The extreme poverty that drives rural communities in East Africa to indiscriminately cut down trees for money is a significant cause of desertification in the region. Government and citizen organizations are focused on cutting back the effects of deforestation by encouraging people to plant more trees. Tevis feels that unless this push is complemented by a clear plan to permanently get rural communities—especially the ones in the more vulnerable arid lands—out of poverty, such communities will always succumb to the need for survival and will be forced by poverty to cut down the remaining indigenous trees that serve as the backbone of their local, fragile environments. KOMAZA thus focuses on the real needs of the communities in arid lands—an environmentally-sustainable path out of extreme poverty.

Starting from Ganze in coastal Kenya, Tevis set out to transform the lives of poor arid land farmers through his organization, KOMAZA. He knew that commercial forestry had the potential to create an exponential leap in the income levels of farmers in that area in as little as six years. He also knew that given the arid and barren nature of the land in Ganze, farmers there didn’t have many economic opportunities related to their mainstay of agriculture and as such, lived in extreme levels of poverty. Commercial tree growing therefore presented itself as a two-fold solution that had the potential to give poor arid land farmers the chance to get out of poverty and at the same time, reverse the deforestation in the region.

The wood products industry is vast and worth billions of dollars every year. However, this industry has historically depended on large-scale commercial tree growers for its wood. Tevis is working to change this by introducing very small-scale tree growers into the value chain. He knew that in order to succeed, he needed to aggregate a large number of small-scale tree growers from across his target area. Tevis set out to convince thousands of farmers to grow half acre woodlots of Eucalyptus in their backyards while training and supporting them to mitigate the risks associated with Eucalyptus on the environment. Most farmers in the area have several acres of land available to them but it lies fallow due to its dryness. Because of the campaigns by environmental activists, Tevis knew that the general perception of tree planting is that it is a way to increase forest cover and improve climatic conditions. While this is true, he saw that most farmers did not respond as quickly because they didn’t see how it directly impacted them economically. He therefore had to convince farmers to see tree planting differently and appreciate it first as a powerful vehicle for wealth creation. Tevis was also careful not to ask farmers to commit too much of their land in order to make decision-making on their part easier as well as to leave them with ample land to continue carrying out traditional crop farming for short-term food needs.

Tree planting requires patience and discipline which is especially hard as you move farther down the economic pyramid. Tevis realized this was going to be a challenge and knew that he had to create a way to support and encourage the farmers to wait for at least six years before beginning to cut down the trees. To this end, KOMAZA signed contracts with each of the farmers with a price structure that incentivizes the wait before harvest. The longer a farmer waits, the more they earn per tree. To break the barrier of entry, KOMAZA provides the farmers with seedlings and other inputs free of charge—reducing their initial investment to almost nothing in financial terms. KOMAZA has established a large local network of well-trained extension workers who facilitate the education of farmers through visits at least once every two weeks. In addition to offering support to the farmers around forest management, the extension workers also support the farmers around crop farming to help them increase the yield of their food crops for nutritional and economic needs.

Up to 10,000 farmers will make up a Rural Cell that is supported by an engaged network of scores of farmer extension workers. For each Rural Cell, Tevis plans to set up a processing plant that will buy and process the wood from farmers upon harvest. Having started in 2008, KOMAZA is entering its seventh year and recently harvested trees from the first farmers. This simple model is easily replicable across much of arid Africa and Tevis plans to spread his idea all over Kenya’s arid Coast Province and beyond. With a deeply rooted and efficient extension network, Tevis plans to diversify the services offered to the rural communities using their existing farmer support capabilities. Over the long-term, these permanent high-capacity rural extension networks could even provide an effective mechanism of distributing other much needed products and services such as medical supplies, airtime, agriculture inputs, and so on.

Tevis is the eldest of three siblings and was raised in Silicon Valley, California to parents who were research scientists turned entrepreneurs. His father was a renowned researcher who led studies and wrote journals on malaria. His mother was equally respected in science and was known for her discoveries and publications about the immune system. In his childhood, Tevis saw his parents make the shift in their approach to science from academically-motivated research to business science to develop new medicines and treatments. This would ultimately take their family from a status of middle-class to relatively well-off. This did not only ensure the very best education for Tevis, but for him personally, it was an inspiration. From watching his parents, Tevis knew very early on that he wanted to become an entrepreneur too, and true to his ambition, he started breeding rats for sale at the age of seven, earning several thousand dollars by the age of ten.

Despite his new found passion, the science bug did not leave him. At age 14, Tevis did his first science project in school in which the goal was to find the most effective substance within an ordinary home that would most effectively kill bacteria. He found this to be apples. At the age of 17, he worked with a biotech company on a project to develop a treatment for the auto-immune disease multiple sclerosis. With this project, he won his school’s science fair and the Silicon Valley regional fair, which sent him on to become a finalist at the state science fair and, at the international science fair, he took 3rd place. For this achievement, he was featured in Forbes Magazine, giving him a taste of fame and success at an early age.

Before attending university, Tevis took one year off to live with a Kenyan family and volunteer with the Kenya Medical Research Institute (KEMRI) in Kilifi on the coast of Kenya. While at KEMRI, he researched children’s immunity to malaria and its triggers; once at school, he took all his subsequent winter and summer breaks in Kenya to continue his work at KEMRI. His experience in Kenya reshaped the way Tevis saw the world. On the one hand, he was thrilled by the idea of being able to carry out scientific research and find solutions to problems millions of people face around the world. But on the other hand he realized that the work of researchers is often limited to the labs they work in, answering complex theoretical questions, rather than focusing on delivering solutions that actually improve the lives of poor families. This realization forced Tevis to spend less time in the labs and more time in the community to try and find a more relevant and practical way of solving the problems in Kilifi. His desire to find a practical solution led him on a journey of discovery and experimentation which ultimately led him to a level of understanding and awareness of the community’s needs. Tevis realized that while economic poverty was at the center of the community’s problems, they had a vast resource in the land they lived on which was becoming increasingly degraded. Tevis founded KOMAZA during his third year at Brown University, planting the first 5 acre demonstration tree farm in Kilifi in early 2006. After completing his degree, a B.Sc. in neuroscience in 2007, he immediately returned to Kenya to begin work on KOMAZA full-time.