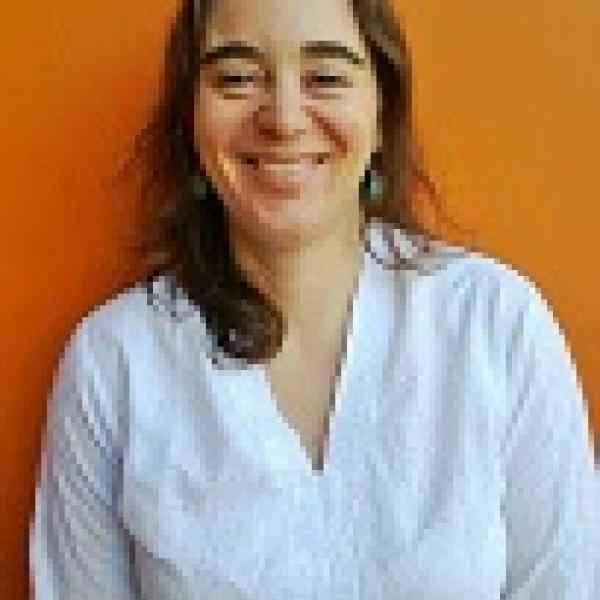 Indonesia’s natural resources have been degrading at an alarming rate and this decline is hurting human health. Dr. Kinari Webb, has demonstrated how to reverse this dynamic through a system that improves healthcare, promotes a healthier environment, and provides a better livelihood for communities living by Indonesia’s national parks.

Through her organization, Health In Harmony, Kinari has introduced the Alam Sehat Lestari-ASRI/Healthy Nature Everlasting program, which combines healthcare, conservation, environmental education, and medical training. Hers is an integrated approach to improving people’s health and that of the environment. Through her system, people living in the buffer zone around the Gunung Palung National Park may access affordable high-quality healthcare in return for serving as defenders of the rain forest.

Kinari has set up incentive mechanisms that both advance the community health and discourages illegal logging; Villages with fewer illegal-logging cases receive a 70 percent discount on health services. To do this, a forest patrol system trains and recruits villagers as Forest Guardians. This method has decreased illegal logging in the area by as much as 68 percent, while keeping people healthy. Kinari realizes that including only the adults is not enough. She also engages children in learning about forest protection and recycling, while introducing hygiene practices.

Kinari has begun to spread her model to Raja Ampat National Park, Papua this year. She has partnerships with elite universities in the US through which physicians visit to learn about tropical diseases, then share their knowledge with local physicians at the clinic. Kinari plans to partner with local universities to further spread her impact. Recently, she was approached by an International Environmental Taskforce for UN REDD+ (Reducing Emissions from Deforestation and Forest Degradation) partnering with the government. They are interested in partnering with Kinari to replicate the model to other areas of Indonesia.

Indonesia has the third largest tropical forest in the world. Unfortunately, the forest is disappearing at an alarming rate due to illegal logging by companies and the people living around it. By 2007, the forest in Indonesia had decreased by 70 percent. Illegal logging in Gunung Palung National Park, West Kalimantan, for example, is threatening its inhabitants, including such endangered species as hornbills, gibbons, and orangutans. Motivated by an economic drive, people are not aware of the illegal logging damage that builds over generations and jeopardizes both the environment and livelihood.

The lifestyle of the people living by the forest also creates health problems. People do not eat vegetables because they do not grow them. Five years ago vegetables were imported from Java and were therefore expensive. This unhealthy lifestyle led to health problems such as malnutrition and diarrhea. In Indonesia, which has 16 physicians per 100,000 people (12 times lower than the ratio in the US) medical care is a scarce commodity. In rural areas, the ratio is even worse: in West Kalimantan there are three clinics and 60,000 residents share one doctor. For people living in remote areas, travelling long distances for high-quality health care is unaffordable. They turn to illegal logging for quick cash without understanding that the forest’s destruction leads to the spread of communicable diseases such as respiratory illnesses, tuberculosis, dengue fever, and malaria.

Many organizations focus on either forest conservation or health care with little interest in addressing the relation between the two issues. Citizen organizations provide quality healthcare in rural areas, however, they focus only on human health. Similarly, other organizations offer economic incentives for conservation, which only focus on environmental goals. The government service is completely sector oriented and does not include people or client-based services. There is nothing yet available that helps people to address the challenges together. What is needed is a healthcare system that also promotes a healthier environment.

Kinari recognizes the need to have a macro-level strategy by creating health-related incentives to protect the environment. In addition to providing low cost yet high-quality services, Kinari uses a green and red village labeling system as an incentive to vary health-related payments at the clinic. A green village is a village that has zero percent logging; it receives a 70 percent discount in the clinic for medical services. A red village still has illegal logging and receives a 30 percent discount. This system has incentivized many of the red villages to reach green level status, thereby reducing logging up to 68 percent in the area. The programs are developed based on dialogues with the team of ASRI. Before they started the program, they had many meetings with local communities to better understand their stories and tap their understanding of the problem and the solutions they needed. ASRI’s program benefits from the community’s having a sense of ownership and therefore loyalty since it helped create the design.

The ASRI clinic treated 3,000 patients in its first nine months. It is booked three weeks in advance. Kinari is thinking about opening another building and a hospital. The nearest hospital is two hours away and anything more than minor surgery requires a seven-hour journey to Pontianak, the regional capital. The clinic also offers health services to distant villages through a mobile clinic in villages twice a week. There is a non-cash payment system in which people can pay with labor, fertilizers, seedlings, or craft.

Kinari is implementing strategies further to develop and improve her system’s integration between health and conservation. In addition to the health service, ASRI partners with and educates local farmers. Through training in organic farming, farmers learn to improve soil quality over time, and to renew their commitment to protecting the forest. Instead of abandoning plots after a few years or relying on expensive fertilizers, farmers learn how to manage their farms sustainably and more productively. ASRI training programs emphasize inexpensive, local ingredients to improve the soil. The cooperatives share the cost of transporting manure, coordinate plantings, and collaborate on marketing efforts. These farms have created a market for manure, a key ingredient for the organic compost that keeps soil fertile year after year. Because of the organic farming that has now become an alternative livelihood for the people, many can now afford to pay the medical care services using funds, which then subsidize the clinic. The demand for manure prompted ASRI to launch its Goats for Widows program. It provides goats to help improve the livelihoods of the area’s most disadvantaged households— widows often raising their families alone. In return, participants pay back with two baby goats, which are distributed to two other households in need. They also pay ASRI through bags of manure, distributed to local organic farmers (trained by ASRI). Thereafter, the offspring and manure may be sold, which provides the widows with much-needed income. Community involvement is key to Health In Harmony’s work. In May 2011 ASRI started an innovative program of local accountability and forest guardianship called Forest Guardians, adding 30 respected villagers to its staff. The Forest Guardians monitor logging in their communities to help ASRI maintain its incentive system for green villages. They also conduct outreach in their communities, bringing loggers around to seeking alternative livelihoods.

Realizing that the future lies in the hands of the younger generation, ASRI launched ASRI Kids (June 2012), the brainchild of a collaboration between Health In Harmony, Project ASRI, and a family who volunteered on site with Klinik ASRI for an entire summer. Spending time with the local kids, the volunteers realized that most of the children had never seen the local National Park, Gunung Palung, and the orangutans that reside there, even though many of their parents had learned about the importance of forest protection from ASRI.

The goal of ASRI Kids is to educate local children about forest protection and recycling activities and to give them the opportunity to visit a preserved and amazing rainforest. In the first summer class, boys and girls ranging in ages from four to nineteen attended courses focused on rainforest biology and diversity, threats to the environment, trash and proper disposal, and making recycled paper. It also included a fieldtrip to an organic farm, planting seedlings, making compost, healthy eating, and hand washing. The presentations they did for their parents and the ASRI staff showed how much they had learned, and they even spoke to the local newspaper about the devastation from illegal logging. After the program, ASRI Kids have continued to participate in an organic garden, and they are helping to bring this program to six elementary schools in the area

Kinari is expanding to the Raja Ampat region of Papua. She works closely with The Nature Conservancy and Conservation International. Their goal is to work with communities to protect both the marine habitat and the forests, as well as to improve people’s lives. Raja Ampat is considered to have the highest marine biodiversity in the world—with over 600 coral species and 1,350 fish species recorded so far—as well as a unique rainforest habitat on the Islands. Sadly, the people there have almost no access to healthcare and infant mortality is 20 percent—one of the highest in Indonesia. A single medical emergency can cost the equivalent of a year’s income, and to get the money over 40 percent of people admitted to destructive practices, such as fish bombing or cyanide fishing. A team from ASRI and Health In Harmony flew to Raja Ampat for an evaluation trip and started a program in 2014. Kinari has also been approached by REDD+, an international environmental task force working with the Indonesian government.

Kinari spent her childhood in Dixon, New Mexico, a small town about an hour from Santa Fe. Her parents, both of whom have PhDs in psychology, joined the back-to-the-land movement and instilled in Kinari and her sister a love for nature and animals. Kinari studied biology, with a focus on orangutans. In 1993 she worked at a research station in Gunung Palung National Park, Kalimantan, one of the world’s few remaining orangutan habitats. One day, a research assistant approached her with a cut on the palm of his hand, and although the wound was not serious, he acted as if it were life threatening. It dawned on Kinari that for people living in remote areas, a seemingly routine injury can have dire consequences. Since she had no formal medical training, Kinari referred to her copy of the healthcare manual Where There Is No Doctor by David Werner, cleaned the cut and closed it with improvised butterfly bandages made of adhesive tape. After this experience, Kinari knew she wanted to become a physician so that she could best serve the people she had met in rural Indonesia.
Kinari put herself through medical school knowing exactly where she wanted to practice. In 2005, when the tsunami hit Indonesia, Kinari asked her hospital to send her to Aceh where she stayed for several months. This is where she saw first hand the gap between the international aid industry and the reality of peoples’ lives. One incident that forever changed her perception about aid organizations occurred after the tsunami when the people of Aceh asked the workers from the organization to help them clear their rice fields of debris, but were turned down and instead offered free rice. Kinari realized that she did not want to be part of an organization that operates under a model that does not listen to community needs. After her residency, she set up Health In Harmony in Sukadana, just outside Gunung Palung National Park. Kinari was familiar with the location, its people, and their challenges. She knew that the lifestyle of the people caused many health problems, and the condition of Gunung Palung forest was rapidly declining. Kinari recruited college and medical school classmates to help raise startup money through a combination of Indonesian and American grants and private donations. Now a sustainable model, Kinari is focused on expanding her work.