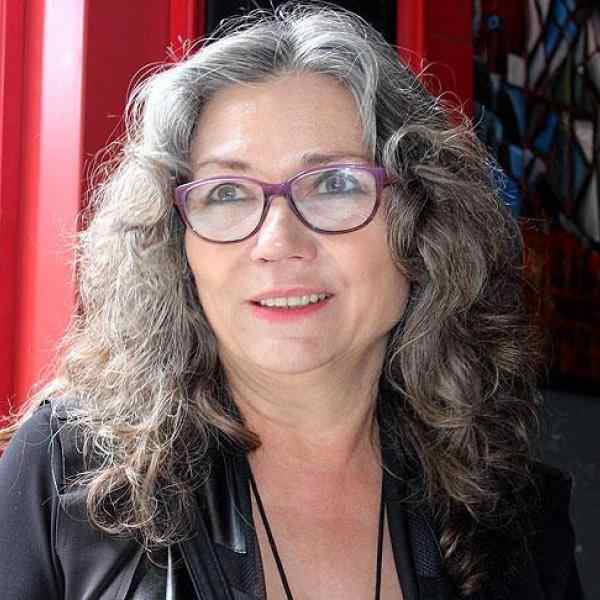 Halime and her team are giving voice to the women of Turkey, by building networks of local feminist journalists, by leveraging the feminist media content and collaborating with feminist art initiatives. In the last 20 years, the platform has remained as one of the most impactful collaborators of feminist campaigns.

Halime is raising public awareness on women’s issues and gender equality through a network of female reporters who bring attention to the struggles and abuse of Turkish women. This “Local Women Reporters Network” reports stories locally and then works to circulate them nationally.

Halime recruits and trains women from cities across Turkey to work as volunteer journalists. They cover news ranging from cases of abuse to profiles of women leaders. Halime’s initial group of 12 reporters have already developed a reputation for excellence in journalism covering women’s issues, and national newspapers have begun carrying their stories. Most recently, BBC featured one of the stories and another was turned into a popular documentary. Halime is training more reporters and aims to have coverage in all 81 of Turkey’s major cities.

While women face deep discrimination and second-class status across Turkey, their struggles are not covered in the media. Even the most serious cases of physical or sexual abuse receive only slight attention. If they are reported, they are placed in the least prominent sections of national newspapers. Most often, if women are featured at all it is in news about fashion. Even primetime news on the best channels confine their coverage of women’s issues plastic surgery, weight loss, what to buy and where, and kitchen recipes, rather than more serious issues facing women in Turkey every day. Meanwhile, illiteracy among women is nearly 30 percent. Especially in Anatolia, strict religious and cultural norms support and require women's subservience to men. Women do not, on the whole, see themselves as active participants in the democratic process and they are frequently denied access to basic education.

Furthermore, abuses such as domestic violence, rape, and incest are widely accepted or at least overlooked. In 1996, the UN reported that 58 percent of women in Anatolia had been physically assaulted by either a partner or family member. Young girls are sold into marriage; women whose honor is in question are sometimes murdered by their own families. There is a need to take action against the mainstream media, which in its silence condones and perpetuates discrimination. There is a need for news from a woman's point of view—news that reflects women’s needs and ensures that their voices and concerns are heard on a national scale.

While many recognize these needs, insufficient information and weak links among women’s groups limit the women’s movement. In addition, the Turkish population’s participation in the citizen sector—especially by women—is a low 5 percent compared to 49 percent in Iran and 70 percent in Scandinavian countries.

Halime’s main strategy is to gather disparate women’s groups together to jointly address the problems confronted by women in Turkey. She is successfully achieving this aim by involving diverse women in establishing and strengthening local and national networks, building national platforms, creating lobbies, sharing experiences face-to-face, and convening meetings among relevant actors within Turkey. To facilitate this networking of women’s organizations, Halime started publishing a bi-monthly newsletter in 1998, with contributions from women all over Turkey. These newsletters were distributed not only to women’s groups but also to public offices and embassies in Ankara, the capital of Turkey.

In 2002, Halime added a clipping service to the newsletter so that she could find relevant news on women’s issues in the papers and spread it as widely as possible. However, she quickly discovered that there was virtually no news concerning women to clip. This is when Halime developed her new idea of creating an alternative information channel where news about women and gender issues would be covered, and where women’s problems would become visible and discussed in an open forum. She launched the Local Women Reporters’ Network to present women’s issues through mainstream media in a way that reflected the realities and did not distort the truth. The Local Women Reporter's Network, which officially began in March 2003, started with 12 volunteers in 12 cities from different backgrounds, including a retired literature teacher, a journalism student, and a feminist social worker. Halime invited the group to Ankara for a journalist training where they were reminded not only to cover news about misery but also good news about positive female role models and progress in the women’s movement.

To attract attention to this new network of journalists, Halime has developed relationships with mainstream journalists that can help feature the women’s stories. After endless lobbying efforts, a few articles from her network of reporters were picked up for the first time by mainstream media. For instance, an article by a local female reporter on an honor killing was picked up on some web-sites and then by BBC. After BBC covered the story and interviewed the local reporter, Turkey’s leading newspaper, Hurriyet, featured the news in their headlines. The issue of honor killing was then debated publicly for a significant time because of the interest generated by this initial article. The Local Women Reporter’s Network has had such initial success that a very well known documentary, “The Game”, was made based on a story initially written by one of the women in Halime’s reporter network. The article had covered a group of village women who gather for a theater play, where they caricaturize their lives. The director of “The Game” contacted Halime to get in touch with the women directly, and began filming the next week. The documentary remains widely popular in Turkey and has won several prizes at international film festivals. The Local Women Reporters’ Network has quickly developed a reputation for quality journalism on women’s issues, and has become a reference point largely because of Halime’s lobbying efforts in Ankara and her close relations with the media. Today it is not uncommon for her network to receive calls from mainstream media asking if one of the female reporters would cover a story from their perspective. In addition, Halime keeps a searchable archive of all the articles produced by the Local Women Reporters’ Network on a website accessible by the public and all media outlets. Halime’s initial group of 12 reporters from 12 cities will grow to include eight more women in eight more cities in the coming year.

Her goal is to have trained reporters to illuminate women’s issues in each of Turkey’s 81 major cities. Halime has recently launched a new project, “We are building bridges”, to facilitate group learning and consciousness-raising for women in 28 cities. In each city, women gather to discuss a range of topics from the perspective of women, their struggles, and their needs—including human rights, democratic participation, leadership, education, and domestic violence prevention. Halime has invited local authorities and public administrators to these meeting to build bridges not only between citizen organizations but also government in the hopes that once perception changes, policy change will follow.

Halime, a tireless advocate of women’s rights, was committed to fight discrimination and violence against women from an early age in large part because of her father’s violence against her mother. After her graduation from university, where she was trained to be a social worker, she worked for the Ministry of Tourism, and her interest in gender equality led her to get a job for the State Minister as chief consultant responsible for women’s issues.

Halime has been a very active member of the women’s rights movement in Turkey. She helped establish the first women’s shelter in Ankara, and continues to consult for various citizen organizations working on gender equality and violence against women. For her contribution to women’s rights efforts in Turkey she has received several public service awards including from the Public Sector Workers’ Union.Halime has long felt that absence of an integrated database and common platform of organizations working on women’s issues was preventing a truly effective grassroots movement. After her retirement from public service, Halime founded Flying Broom to bring together women’s groups all over Turkey into a common network. After completing a database of all of the women’s groups in Turkey in 2000, she organized several grassroots activities to increase advocacy for women.

With the involvement of local groups, Halime organized educational and awareness programs for local women, such as civil rights, legal rights, and women’s rights. It was then that she was struck with her newest idea to bring women’s issues into the mainstream media through the Local Women Reporters’ Network.