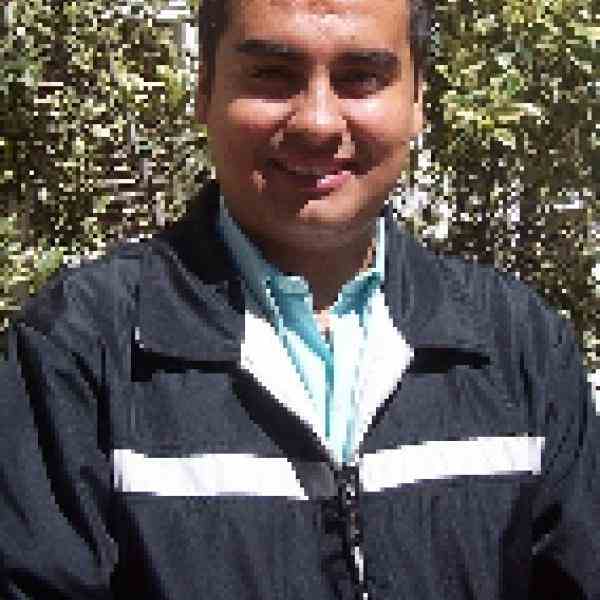 Albeiro Vargas is improving societal treatment of the elderly and creating a model for strong intergenerational relations in Colombia through a program that brings children more closely and more regularly into the lives of older people.

Albeiro addresses the widespread lack of care for the elderly and the disconnection between generations in marginalized communities in Colombia through a model of intergenerational exchange. Albeiro’s Guardian Angels program recruits children to care for elderly residents in nursing homes. Children are trained in basic caretaking and graduate to higher levels of responsibility depending on their experience. Yet his initiative does much more than just provide care: it teaches children to be protagonists in the improvement of their communities—to be responsible, respectful, and to take initiative. And by creating regular contact between generations, Guardian Angels fosters understanding between children and elders. Participating youth hear stories of Columbia’s past, learn skills like craft-making and gardening, and take the elderly out on field trips. Close bonds are created that transcend age groups and provide a new sense of purpose and value in the young and old alike. Beyond the direct engagement of the inter-generational participants, Albeiro pushes for reforms in legislation and national policy that will shift the current societal attitude towards the elderly. For example, he has initiated lawsuits against children who have abandoned their elderly parents and waged a successful campaign for the enforcement of a nationwide tax supplying revenue to nursing homes.

Across Colombia, previously strong family units are disintegrating, leaving children and elders solitary at both ends of the age spectrum. Men might abandon their families because they are burdens, women might leave their families because of domestic abuse. Essential social values are disappearing, including respect for elders, family integrity, work ethic, and ambition are no longer being passed down from the elderly to young people. In low-income and marginalized communities, lack of family values and few opportunities for education and employment lead many young people to drug and alcohol abuse, prostitution, and other illegal activities. Often young people lack clear life goals and do not think of themselves as having the potential to change their own situations or that of their communities; they grow up in the same path of poverty as their parents.  In these same communities, one also finds elderly people in the streets, hungry, ill and emotionally despairing. The elderly are often unwelcome in families who are already struggling to maintain their livelihoods, and are frequently abandoned by both their families and the Colombian government. If they do not have children to care for them, their situation is worse, for they live at the mercy of distant relatives. In Bucamaranga, the region where Albeiro works, 64 percent of homeless people are elderly. Fifty percent of Bucaramanga’s elderly people are poor, and 16,000 are abandoned, without access to public services.  Both the young and old generations in Columbia are especially vulnerable and have important needs that are not being met. Currently there are no mechanisms or models in place to bridge these two groups; generally alienated from one another and therefore unable to exchange wisdom and values with care and energy. Social leaders are not committed to making changes at the family level. With continual upheaval and civil unrest, the Colombian state has not adequately addressed the problems of unprotected elderly people, children and teenagers of marginalized communities. Nor have the communities taken the initiative to change or participate in their development.

Albeiro’s concern and care for the elderly is a lifelong passion that began in early childhood with a deep friendship with his grandfather. When Albeiro was 7 years old, his grandfather died, and he began to visit other grandparents in the neighborhood. The youngest son of a rural family that had been forced to flee to the city, Albeiro lived in the poorest imaginable conditions in a slum. He found that many of the elderly people he visited were not only lonely and depressed, but also often hungry and physically abandoned. Albeiro developed a morning routine, visiting several of these grandparents with a thermos of coffee from his mother, who supported Albeiro in this kindness despite her barely being able to feed their large family. At the age of 9, Albeiro started enlisting other children, eventually creating a small organization, with elected officials and account-keeping, which systematized the children’s visits to various elderly people on a rotating basis and organized group activities and lunches for the most destitute. It was around that age that Albeiro was discovered by the Colombian press and then by a French journalist, whose movie, Colombian Angel, sparked French financial contributions for Albeiro’s work which he still receives.At age 11, Albeiro opened the home for the elderly that is the origin of his current organization. He resourcefully moved several of the most at-risk elderly people into an abandoned house, and then convinced the owner to allow them to stay for 4 years. Since that time, Albeiro has continued to come up with solutions to significant obstacles, expanding his vision to include children not only as aids to the elderly but also as targets of his work. He has used his publicity to convince people to give him the help he needed along the way, including the donation of the farm where his nursing home is housed today. In his late twenties, Albeiro is currently finishing his university degree in gerontology.