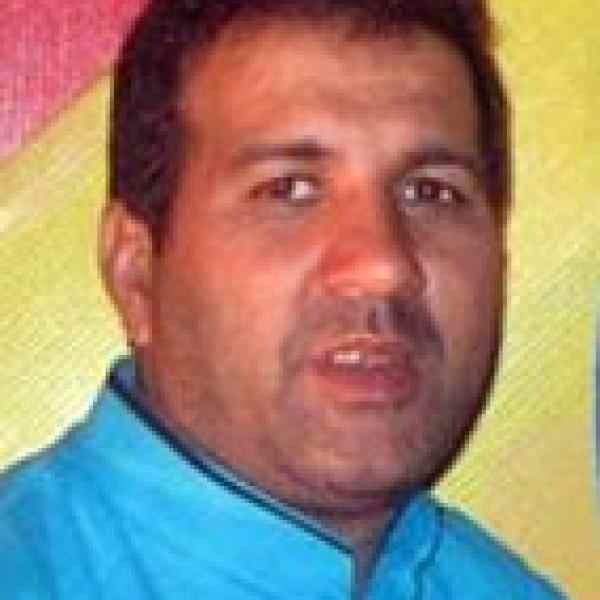 Share
Pakistan
Ashoka commemorates and celebrates the life and work of this deceased Ashoka Fellow.

Ashoka is saddened to report that Fellow Abdul Waheed was killed on May 13, 2013. Abdul was creating opportunities for a modern education in the poor, urban localities in Pakistan, particularly through working with children studying in madrassas. Abdul Waheed leverages the hundreds of Islamic religious schools in Pakistan to meet the educational demands of modern society, creating new opportunities for poor children to learn mathematics, writing, and computer skills.

The thousands of madrasahs that operate in Pakistan have gained a bad reputation for indoctrinating children in narrow and violent versions of Islam. These institutions are flawed, but in many cases they offer the only educational services available to poor families. Abdul Waheed engages with madrasahs to better serve the deep interests of their students to learn and succeed in the modern world. He has spread new courses in mathematics, computers, and the Urdu language to hundreds of schools. He also helps madrasah boarding houses convert into day schools, involving the parents and local community in decisions on curriculum and structure. Taken together, Abdul Waheed’s reforms pave the way for a major shift in the role of madrasahs, preparing them to deliver high-quality education to thousands of young Pakistanis

In Pakistan, as in many developing countries, education is not mandatory. The World Bank estimates only 40 percent of Pakistanis are literate, and many rural areas lack public schools. Islamic religious schools, on the other hand, pervade the country and provide free food, housing, and clothing along with religious training. Currently there are an estimated 8,000 officially registered madrasahs and another 25,000 unregistered in Pakistan. Almost 1 million young males attend these schools, the majority coming from impoverished families.

Outsiders often assume that madrasahs have always been a major force in Pakistani society; in fact, they have only recently risen to prominence. Prior to 1980, there were only 700 such religious schools in Pakistan, with their numbers growing at only 3 percent per year. This rate increased rapidly in the middle of the decade, when the Pakistani government promoted the madrasahs as a way to garner religious support against the Soviet invasion of Afghanistan. At the time, many madrasahs were financed from the Zakat Fund, the Islamic tithe collected by the state, giving the government at least a modicum of control over their curriculum and structure. When the war in Afghanistan ended, the madrasah system was left intact, but lacking sustained oversight from the government. Wealthy donors supporting a narrow and violent version of Islam quickly separated madrasahs from the government and repurposed them to their own ends.

In neighborhoods that struggle to secure basic food and shelter, parents choose to send their children to madrasahs rather than expose them to the threat of starvation. Religious teachers tell parents that they are too poor to take care of their children, that it is better to send them to the boarding schools where they can get shelter, meals, clothing, and education. But in reality, madrasahs struggle to meet the demands of their rapidly growing number of students. They often lack furniture, utensils, and reading and writing materials. In many, students and adults live crowded together, exposing a huge number of these children to sexual abuse.

The international press has focused great attention on the deplorable state of education that exists in Pakistani madrasahs. Most madrasahs today offer only religious instruction, ignoring mathematics, science, and other subjects important for functioning in modern society. The students memorize verses from the Quran and learn to offer prayers, but do not learn the skills they need to lead their country toward prosperity and peace. With international pressure building, the government has begun to push for reform in the madrasahs, preparing the way for an all-out battle over their structure and purpose.

Abdul Waheed sidesteps this battle by engaging madrasahs to implement the practices of modern education on their own terms. A typical example illustrates the unique subtlety of his strategy: he begins by approaching administrators of local madrasahs after early morning prayers, modestly asking how he can contribute to learning in their schools. Usually, after a short discussion on the needs of the madrasah, administrators agree to arrange a short talk between Abdul Waheed and the students. The discussion reveals to him the numerous problems that boarders face and demonstrates that the memorization of Quranic passages is not enough to meet the dreams and aspirations of the children.

Drawing from his conversation with the students, Abdul Waheed approaches school administrators with the idea of teaching Urdu language to the students in addition to the Quranic course. Because Abdul Waheed provides the salary for the Urdu teacher, administrators often accept this humble proposal. As the class begins, he uses the pretext of its management to start schoolwide conversations on curriculum reform and to push for classes that can directly help students to pursue their dreams of successful careers.

Abdul Waheed formed the Bright Education Society (BES) in 1996 to refine and spread this strategy, fostering education and literacy programs throughout the city of Karachi. Since then, he has introduced Urdu language courses and management reforms in 100 of the city’s schools. His reforms currently reach about 1,000 young people per year and fund their own replication through modest school fees.

He puts discussions about education reform in a positive light by focusing on the fundraising strategies and logistical help that BES can provide. By carefully building relationships with school administrators, he gradually advances reforms like the conversion of boarding schools to day schools, which can maintain much tighter curricula and which expose their students to much less risk of sexual abuse. Further, he motivates the madrasah leaders to introduce courses in mathematics, English, and computer skills, and to involve both experts and community members in the management of their schools.

Abdul has already spread these reforms to varying degrees throughout his network of 100 schools, and he plans to reach 200 more schools in Karachi within a few years. BES has already begun work on programs for teacher training and curriculum development in preparation for implementing their reforms on a larger scale. The organization has also launched a program that recruits and selects volunteers to teach and contribute to management reforms in their local madrasahs. In addition, Abdul reaches out to local businesses and philanthropies and educates them on the opportunity and need to support madrasah improvement.

Abdul comes from a low-income Pushtoon family in which culture and religion are deeply intertwined. From his earliest years, his family put a premium on education as the key to social and economic mobility. They sent him to a madrasah to be educated, but he came back dissatisfied and disenchanted by what he witnessed there. Seeing few opportunities for quality education, Abdul sought out programs and people that could teach him to lead madrasahs past the narrow and limited curricula that had confined his early learning. He spent three years at Orangi Pilot Project, studying the basics of development under Dr. Akhter Hameed Khan. These lessons taught him to focus his work through simple principles and to make the most of local resources. Now married and with a child, he is determined to provide the best possible education for his children, and to secure quality educational opportunities for children throughout Pakistan.