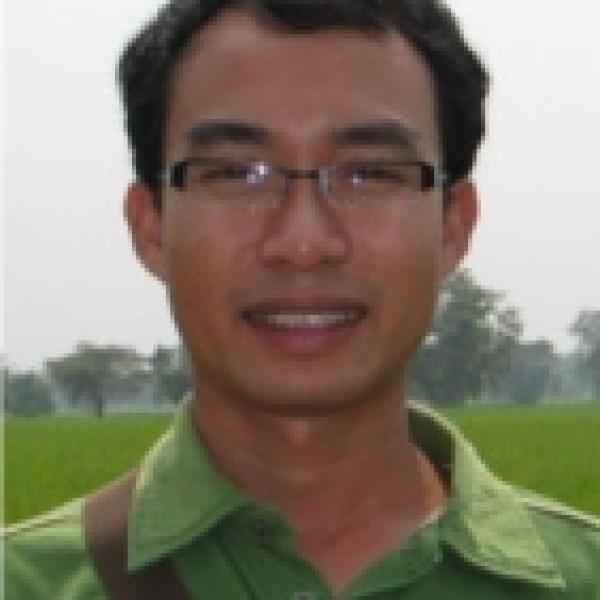 Nawee Nakwatchara is enabling farmers to become their own agents of change. His learning plots for alternative agriculture are stimulating farmers to experiment and contribute to a growing knowledge of locally appropriate agricultural practices.

Nawee is empowering small farmers to make their own informed decisions in pursuit of decent livelihoods from their agricultural endeavors. In the 1-ngan (0.1 acre) learning plotsthat he encourages farmers to set aside and employ, Nawee has developed an unusually effective tool for prompting farmers to ask questions, experiment, and contribute to a growing knowledge of locally appropriate agricultural practices. Working with small landowners in the northeast of Thailand, the countrys poorest region, Nawee is enabling farmers to break the cycle of debt and dependency using unviable farming practices.Nawee s work is a marked departure from the conventional packaging of rural assistance. He asks farmers to explore their own solutions, employing a familiar and tangible medium of communication: Land. The 1-ngan plots of individual farmers host collections of promising alternatives for increasing productivity and cutting production costs, with an emphasis on integrated farming, low-cost technology, and drawing on local wisdom. Farmers decide what to experiment with in their 1-ngan plots, while Nawee provides technical assistance in transforming the best of their ideas into widely replicable agricultural practices. Unlike traditional definitions of the word, Nawee believes that true self-sufficiency requires a cash surplus. To enable farmers to invest in their future, Nawee integrates the 1-ngan learning plot with a profit-generating production model. He works closely with the 300 member households in his Grassroots Innovation Network with the aim of transforming the most successful findings from the learning plots into readily replicable and commercially viable production techniques and marketable products. Nawee has also formed a microcredit cooperative to provide financing and established a business firm to undertake larger-scale production and marketing tasks on behalf of the network. During the four years in which Nawee s initiative has been underway, all of the 300 participating families have remained on their land, successfully resisting the strong pull of migration to urban areas. He is also actively advocating the adoption of his approach by government agencies charged with promoting rural development, and the national Bank for Agriculture and Agricultural Cooperatives recently launched a pilot project using his 1-ngan learning plot approach.

Over several generations, government-promoted monoculture has seriously depleted the fertility of agricultural lands in northeastern Thailand, and it has also deprived Thai farmers of their economic independence. In a region characterized by sandy soils and frequent droughts, the repeated production of a single cash crop has drained vital nutrients from the soil, with consequent declines in productivity. Farmers compensate for that loss of soil fertility by purchasing expensive fertilizers and pesticides, but their incomes have continued to decline, due in part to low market prices, especially for basic food items such as rice, tapioca, and corn. Also contending with the lures of modern consumer culture, many farmers in the region see no future in agriculture. Farming no longer allows them to accumulate capital, to purchase attractive consumer goods, such as television sets and motorcycles, or to invest in their childrens education. In much of northeastern Thailand, therefore, there is an unusually high rate of rural-urban migration, and many farmers who remain on their land are forced to seek supplemental income from low-paid work at nearby factories in the off-seasons.In recent years, the Thai government has promoted the concept of self-sufficiency in the northeast region. Many citizen organizations and academics argue, however, that the government s stance is little more than rhetoric aimed at camouflaging rural poverty. Moreover, most local efforts to define self-sufficiency and identify promising paths toward that objective have been limited to one-way communication in the form of Village Sage Networks. These networks routinely organize training workshops led by village sages,who instruct one group of farmers after another in alternative skills for rural livelihoodsorganic agriculture, appropriate technology, and indigenous farming techniquesusing a teacher-student model that restricts farmers to the roles of passive recipients of knowledge. After the workshops, most farmers return to their homes and revert to the usual farming practices, and there is little, if any evidence that this didactic model is an effective way to break the farmer s cycle of dependency.

Nawee was born in the rural province of Lopburi, bordering on Thailands northeast region. Although his father was a postal worker, Nawee grew up surrounded by neighbors who farmed their own small plots of land, and he developed a keen interest in farming, protecting the environment, and finding new ways to enhance the livelihoods of farming communities.Nawees diligent study earned him a coveted seat at Bangkoks prestigious Thammasat University, where he completed his degree in the field of biotechnology. While there, he worked part-time with Loxinfo, Thailand s main Internet provider, where he gained considerable expertise in information and communication technology. Working with a professor, he developed an animated display of the DNA replication process for classroom use as part of a broader effort to stimulate interest in employing more interactive methods in classroom settings. An active student leader, Nawee was elected student council president for the Faculty of Science at Thammasat. In that role, he encouraged his fellow students to engage in volunteer activities, both in Bangkok and in the surrounding provinces. Unlike most of his classmates, however, who have moved on to technical posts in the industrial sector, Nawee took his biotechnology degree back to a village setting. Nawee volunteered for a project aimed at introducing ICT into rural communities in the northeast of Thailand, and led a team charged with building a community website documenting local wisdom, as described by farmers in their local dialect. In the course of his association with that project, Nawee began to question the effectiveness of the transmission of knowledge to passive participants, and he was thus inspired to found the GIN to develop a new, farmer-initiated experiment and learning approach. On the basis of his work on that project, Nawee has been profiled as a rising social entrepreneur in the book Startup and Change the World, produced by the Swiss Agency for Development and Cooperation, the Global Knowledge Partnership and the Youth Social Enterprise Institute.