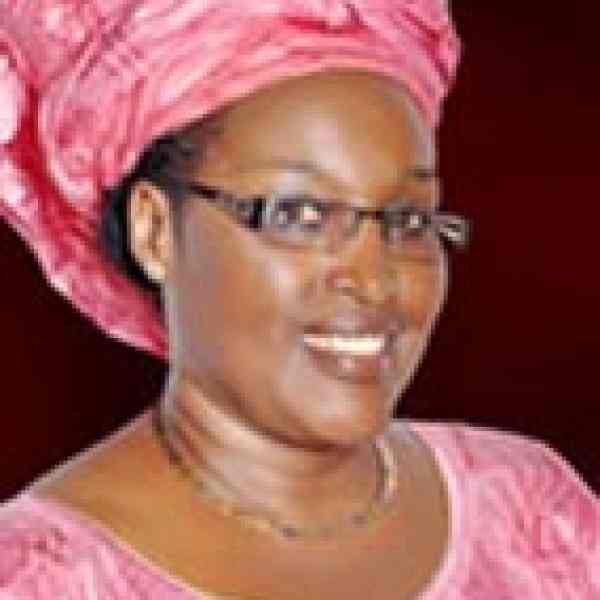 In a country where patriarchy and genocide have historically marginalized women, Felicite Rwemarika is using female participation in football to build self-confidence and social support among poor rural women in Rwandan society; enabling them to improve their lives and further the development of their communities. Felicite is leveraging the structure of teams and tournaments to facilitate women’s educational and economic empowerment.

Felicite is enabling Rwandan women to gain full social and economic citizenship by engaging them in the male-dominated sport of football. Through the Association of Kigali Women in Sports she is using their participation to challenge the cultural and historical status quo, demonstrating their ability to improve their lives and develop their communities. The spirit of teamwork across ethnic divides within her football teams creates the self-confidence, support, and social capital needed for women to address key social challenges of poverty, healthcare, and education for themselves and their families. Felicite has transformed Rwanda’s social structure by making women’s football a widely accepted sport, and influenced government policy reform to further entrench sports for women and girls in and outside of formal education institutions.

Felicite understands that in addition to sport being a confidence and tolerance builder, these teams can also serve as an important entry point for women’s education and economic empowerment. She is leveraging the architecture that she has spent over a decade building—the hundreds of female football teams and tournaments across the country—to create educational and economic opportunities for poor rural women. Every sporting tournament is transformed into an educational experience by bringing in institutions and individuals related to various topic areas. Additionally, Felicite is organizing the football teams into farming cooperatives to engage women in agribusiness; thereby creating systems through which women can raise their communities out of poverty. Thus, Felicite’s idea uses sports not only as a confidence builder, but as an entry point to equip rural women with the skills and support needed to improve their livelihoods and communities.

With over 60 percent of the population living on less than one dollar a day, poverty is a significant societal challenge in Rwanda (and many other African countries). Additionally, 70 percent of Rwandan women live in rural areas, which are the hardest hit by poverty and its related challenges; a staggering 62 percent of female-headed rural households live below the poverty line. These numbers suggest that women in rural areas are overwhelmingly afflicted by poverty.

This is a common scenario across many African countries, but Rwanda’s recent history makes the nature of female poverty unique. Now, just eighteen years after the genocide that saw ethnic tensions escalate into a massacre within a matter of days, Rwanda is still recovering from the psychological wounds that were inflicted during this period. Women were uniquely affected as thousands where widowed; raped (estimated at between 250,000 and 500,000 women and girls over the 100-day period); and infected with HIV and AIDS among a host of other sexually transmitted diseases (70 percent of all sexually assaulted women were infected with HIV/AIDS). These women were then left to deal with the consequences of these experiences with little practical knowledge or assistance on these matters. The resulting trauma and low self-confidence pushed most women into isolation in rural areas, where a majority of them continue to live today.

This matter was further exacerbated by the deeply entrenched patriarchal culture, which defined the role of women as that of a follower and submissive home caretaker. Thus, according to cultural standards, women were not expected to play active leadership roles in their own lives, families or communities. This means that women—especially those marginalized during the genocide—did not have the skills or societal support necessary to improve their circumstances.

Post-genocide economic activity has largely been limited to male participation in urban areas. Felicite was one of a handful of women who had the skills and courage to venture into business so soon after the 1994 genocide. The general lack of economic opportunity, especially in rural areas indicated that women might be locked into poverty without the societal framework to provide the skills and support needed for them to improve their livelihoods. Consequentially, most women have resigned themselves to subsistence farming as their primary income source.

The use of sport, and specifically football, was an important strategic choice for Felicite. She elected to pursue her goals through sport for its ability to foster the development of teamwork, leadership, social tolerance, and inclusion. More importantly, she understood that women’s participation in sports (especially football) would have the shock-value needed to radically shift mindsets about women in Rwandan society. Specifically, female engagement in football would be the hardest and therefore, the most powerful sport to change. If she could engage women in football, it would be a powerful statement that would help women to gain self-confidence, and for society to see them as capable and equal stakeholders in the community.

Before deciding to focus on football, Felicite asked a multitude of people (men and women in and outside the field of sports) for their opinion on women’s football. The response she got was a resounding, “No way.” People believed that football was a sport strictly meant for men, and that women would be incapable of playing it. Some even thought that it was immoral for women to wear shorts and lift up their legs in a kicking motion, as would be expected in a game of football. It was this negativity and total rejection of the idea that convinced her that she had her eye on the right sport.

Felicite’s strategy segments females into groups of girls, women at the local level, and women at the national level, and ensures mechanisms for engagement and policy support for each. In 2002 Felicite set out to ensure that sport (and football in particular) was common practice for girls in schools, so that every girl gets a chance to engage in the sport. She advocated for the inclusion of girls in Physical Education sessions in schools all over Rwanda. Working with the Ministry of Education, she created an incentive program in which school girls participating in sports where awarded scholarships to support their education. Additionally, Felicite partnered with companies like Nike that donated sports uniforms and equipment to schools to encourage their participation.

Outside of the school system, Felicite targeted rural women by organizing them into football teams and ran tournaments at the provincial level. With teams formed in every district of the country, she started Rwanda’s national champions league for women’s football—now one of the most popular football tournaments in the country. She successfully lobbied the government to create a women’s sports desk at every provincial government office, and went further to advocate for a portion of the provincial sports budget to be dedicated to women’s sports activities. Felicite’s advocacy efforts extended even further to push for the formation of a national council for women in sports as part of the national sports council. She helped form Rwanda’s national women’s football team by selecting the best players from her local teams and has even created a training program for female referees and coaches at both the local and national levels. Earlier this year, five of the women referees trained through Felicite’s program were certified by the International Federation of Association Football (FIFA) to officiate international football matches anywhere around the world.

Felicite has always seen football teams and tournaments for the value they represent beyond the game, and was quick to understand that she could use them as an educational and economic platform. After all, the teams comprised mostly of uneducated rural-based women. She harnessed the power of the team and tournament structure that she had created to promote education among the women. Felicite tagged a theme to every tournament, and then went on to invite institutions within relevant fields to train the women and fans during half-time, before and after the match. For example, she has tagged matches with themes including agriculture, HIV/AIDS, and gender violence; thus providing information on subjects that are highly relevant to Rwandan women. Felicite has worked with several government ministries and citizen organizations over the years, to the extent that her teams are often independently sought out by institutions looking to reach an audience of rural women.

Using sport, Felicite has succeeded in getting Rwandan women from behind the shadows and empowered them to charge boldly forward to define their roles in leadership and development of their country. With over 100 football teams (and more forming quickly) all over the country, Felicite is transforming the lives of thousands of women and their families. She continues to find ways that she can leverage this social architecture to further the development of female leadership and empowerment. She is now focused on turning these teams of women into farming cooperatives so that they can engage in group agribusiness to improve their livelihoods. 300 women are already actively engaged in cooperative activity on their respective teams, and Felicite is focused on turning more teams into cooperatives over the next three years; ultimately engaging thousands of women in agribusiness activities, such as crop farming and animal grazing.

Felicite’s work is been recognized internationally. She presented at Nike’s Sport for Social Change project and she embraces every opportunity to engage with organizations in Uganda, Congo, and other post-conflict areas where she feels her model would make a difference to rural women.

Born into a large family of thirteen children, Felicite is the second born and the first of eleven girls. Her father worked as a medical doctor in Congo, where she spent her childhood. Felicite’s father coached community football teams on a volunteer basis when he had time, and often took Felicite along—exposing her to the positive powers of sports, and football, in particular.

After Felicite’s education, she qualified as a midwife and married a dentist who practiced in Western Uganda. Her husband, however, left his practice to join the liberation forces of Rwanda in the early 1990s. Following this change in her family, Felicite—alone and with no other support—had to quickly adjust and find a way to supplement her income to take care of their four children. She started several entrepreneurial ventures, including a restaurant in Kampala followed by a beverages distributorship in Rwanda and then, the first post-genocide hair salon in Rwanda. Felicite quickly rose to become one of Rwanda’s shining stars as far as business entrepreneurship is concerned, especially as a woman. Felicite’s work inspired many to set up similar businesses, especially in the hair salon industry.

The more successful Felicite became in business, the more interested she became in the changes that where taking place in Rwanda as it recovered from the genocide. In a country that was focused on reconstruction and development, Felicite was quick to see that women were not contributing at the same pace and level of their male counterparts. As one of the few successful, recognized, and respected women leaders in society for her work, Felicite believes it’s possible to get more women engaged in development. In 2002, Felicite founded the Association of Kigali Women in Sports.