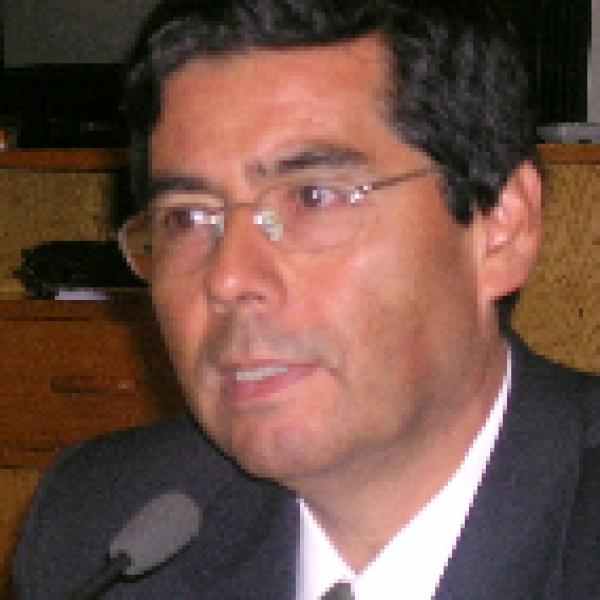 Jaime Delgado, who pioneered the field of consumer protection in Peru, is now extending his work to change the relationship between consumers and vendors throughout Latin America.

Jaime leads a consumer rights movement in Peru, where the public pays millions of dollars in excess for poor quality products. After 15 years struggling to bring consumer rights into national debate, Jaime is now taking steps to promote long-lasting, systemic change in market relations throughout Latin America. Jaime is giving consumers legitimate roles and voices within relevant governing institutions, for example through Client Advisory Committees in public regulatory agencies. He is also building a growing network of pre-existing and new consumer rights organizations throughout the country to allow citizens to come together. In the process, Jaime is developing an ethic of self-reliance comprising both rights and responsibilities. Jaime feels that it is essential for his work in Peru to reach the rest of Latin America.

The problems facing Peru’s consumers have roots in the radical and unregulated transformation of the market that Peru experienced in the early 1990s. Before 1990, Peru had a closed economy dominated by state monopolies which allowed limited consumer decision-making power. During the Fujimori Administration of the early 1990s, Peru opened up to significant foreign investment and public enterprises were privatized. Government institutions charged with regulating private investments and public services were also established at this time, and were greatly influenced by the interests of the private sector, with little attention to the civil rights of citizens as consumers. This resulted in an extremely unbalanced power dynamic between venders and consumers, a trend heightened by the public’s unfamiliarity with determining market conditions and asserting consumer interests. Because of this situation, Peruvian consumers entered the newly opened market without political representation or organizations dedicated to defending their rights. There were no mechanisms for regulating market interactions. Corruption was rampant and consumers were abused by private businesses. One notorious example was the Spanish-owned Peruvian telephone company, Telefonica, which charged exorbitant and unjustified rates to millions of clients. In his early years working in this field, Jaime saw the need to make the issue of consumer rights a topic of discussion and was a leading player in achieving that goal. He publicized and built public outrage against the most severe cases of consumer abuse. He also established the basic laws and government institutions needed to give consumers rights through the Consumer Protection Law of 1991 and the National Institute for the Defense of Competition and Intellectual Property in 1992. As a result, in current day Peru, media and society understand consumer rights and the government technically has mechanisms in place to punish offenders. But even with this basic infrastructure in place, the practical elements of a healthy consumer protection movement remain elusive to Peruvian society.

Beginning in the late 1990s, Jaime has moved beyond the traditional organizing tactics of the early Peruvian consumer rights movement and, through his organization, The Peruvian Consumer Association (ASPEC), is creating practical roles for citizens to play in a stronger consumer rights movement. He is building relationships among actors from all sectors—consumers, venders, the state, and civil society—which place the responsibility, knowledge, and power to mediate market interactions into the hands of consumers.   Jaime includes the voice of consumers in regulatory agencies and other government oversight bodies. He has designed and implemented official Client Advisory Committees for every government regulatory agency and major public service company, whether public or private.  Client Advisory Committees institutionalize an avenue for consumers to demand their rights in a new and powerful way. In only a few years of these Committees’ presence, the growing respect for consumer groups and the official representatives of client users have conferred legitimacy to consumer complaints.    Jamie is building the foundation for a stronger Peruvian consumer movement in a network of consumer organizations throughout the country. He is strengthening existing consumer groups and identifying leaders to found new groups. In this way, Jaime gives engaged citizens an avenue for working together to correct violations of consumer rights, at the same time providing information and support for other Peruvian citizens with complaints (as opposed to than sustained interest). At the national level, ASPEC connects these organizations, helps them get started, advises them on individual cases, and provides trainings on how to increase citizen involvement and other topics. With forethought to the long-term sustainability of these organizations, Jaime worked to pass the Fines Law of 1999, which allocates 50 percent of all fines paid by companies for violating consumers’ rights to consumers’ organizations. Consumer organizations currently exist in six major Peruvian regions.    Beyond establishing formal roles for consumers, Jaime has recognized that consumer education efforts will be critical to continue building citizen awareness around key questions such as: what rights do I really have?; what kind of quality should I expect?; when and to whom should I complain if I think there has been a violation to my rights? Popular media has become one of Jaime’s key allies in this effort. While early media strategies relied on sensationalist or reactionary efforts, Jaime has created a media effort that constructively builds practical understanding amongst consumers. Perhaps most effectively, his own daily radio show, “The Consumers’ Hour” has made him and his consumer campaign a topic of common discussion among Peruvians. Jaime’s popular campaigns to empower and educate consumers utilize not only traditional press and his radio show, but also the internet, especially in specific cases of abuse. The recent “Demand your Change” effort encouraged citizens to expect the correct change from their purchases, correcting years of abuse under a system where the .01 Sole coin did not exist and shopkeepers always rounded prices up; within 3 months, the total coins in circulation went from 24,000 to 24 million, illustrating the power of the individual consumer to positively affect collective economic conditions. Jaime’s consumer education efforts have been widespread. He recently established a Consumer Education School to foment consumer conscientiousness among Peru’s youngest generations and is currently working to make consumer rights a topic of popular education in the public school system. To reach adult consumers, Jaime has developed a popular mobile Consumer Expo Fair which currently travels throughout Peru developing consumer awareness through a series of innovative and engaging exhibits. These efforts at education are reinforced by a powerful model for not only distributing, but also generating, the information needed to resolve significant consumer rights issues. Having pioneered the field of consumer protection, Jaime has the national recognition to tap into volunteer resources from the nation’s foremost experts in a diverse range of fields. When a particular new area of concern arises, Jaime taps uses these resources and mobilizes a team of balanced, high level experts to investigate the issue. The reports and data produced by these teams give ASPEC and local consumer organizations in Jaime’s network a credibility that they might otherwise lack.   Having sensed an opening for this new era in constructive consumer action, Jaime has begun spreading his work throughout Latin America, where all nations other than Brazil still have very weak institutions in place for this purpose. To this end, he co-founded in September 2005 and currently leads the Latin American Consumer Network to build a region-wide movement and regionally-relevant structures for Latin American consumer protection.

Jaime has demonstrated entrepreneurial savvy since he was a teenager, when he was forced to support himself and his brothers following their mother’s death. He started a number of small business ventures with his brothers that helped them meet their basic needs, eventually reaching financial stability and paying for his college studies.Jaime always had a strong sense of personal initiative and drive, which helped him succeed in business and law schools. While writing his thesis as a law student, and later while practicing as a defense lawyer, Jaime became interested in issues related to consumers. Specifically, he saw clearly the unjust power imbalance between consumers and vendors, and saw also that the State was doing very little to protect the rights of citizens as consumers. Jaime was one of the first people in Peru to articulate that consumers’ rights were civil rights. Jaime is persistent and adaptive. Today, after years of organizing around consumer issues, Jaime has experienced various setbacks from which he has rebounded, time and again. An important experience was when he finally agreed to move to Lima from his hometown of Arequipe, under strong pressure from the Vice-Minister of Commerce, to work on the Consumer Protection Law.  He went to Lima full of hope and with many promises from the Government (including full sponsorship of his continuing studies). After working hard for nearly a year, he presented his project to Congress only to have his projected rejected and his job dismissed. He remained in Lima and, instead of accepting various lucrative offers from law firms or businesses, he stuck with his idea of defending consumers and gradually began creating new organizations to advance his work. Jaime’s strategic thinking has been evident throughout his work in the consumer protection movement. He recognized early on that drastic measures were needed to draw attention to this issue and to demand government response. While Jaime has already spent years founding the National Institute for the Defense of Competition and Intellectual Property and establishing the Consumer Protection Law of 1991, he now sees Peru, and his own work, building on its past to enter a new era where consumers have legitimate, sustainable roles in regulating the market interactions which effect them.  Jaime has learned many lessons which have enabled him to reach the levels of recognition and impact he celebrates today. He has a reputation as an honest and transparent public figure. In a society wrought with corruption, Jaime refuses to accept any donations from private businesses to fund ASPEC. He continues to demonstrate his creativity in attracting public attention and mobilizing forces. Jaime is dedicated to the cause of defending consumers’ rights and is committed to seeing his ideas implemented to achieve long-lasting systemic change in Peru and throughout Latin America.