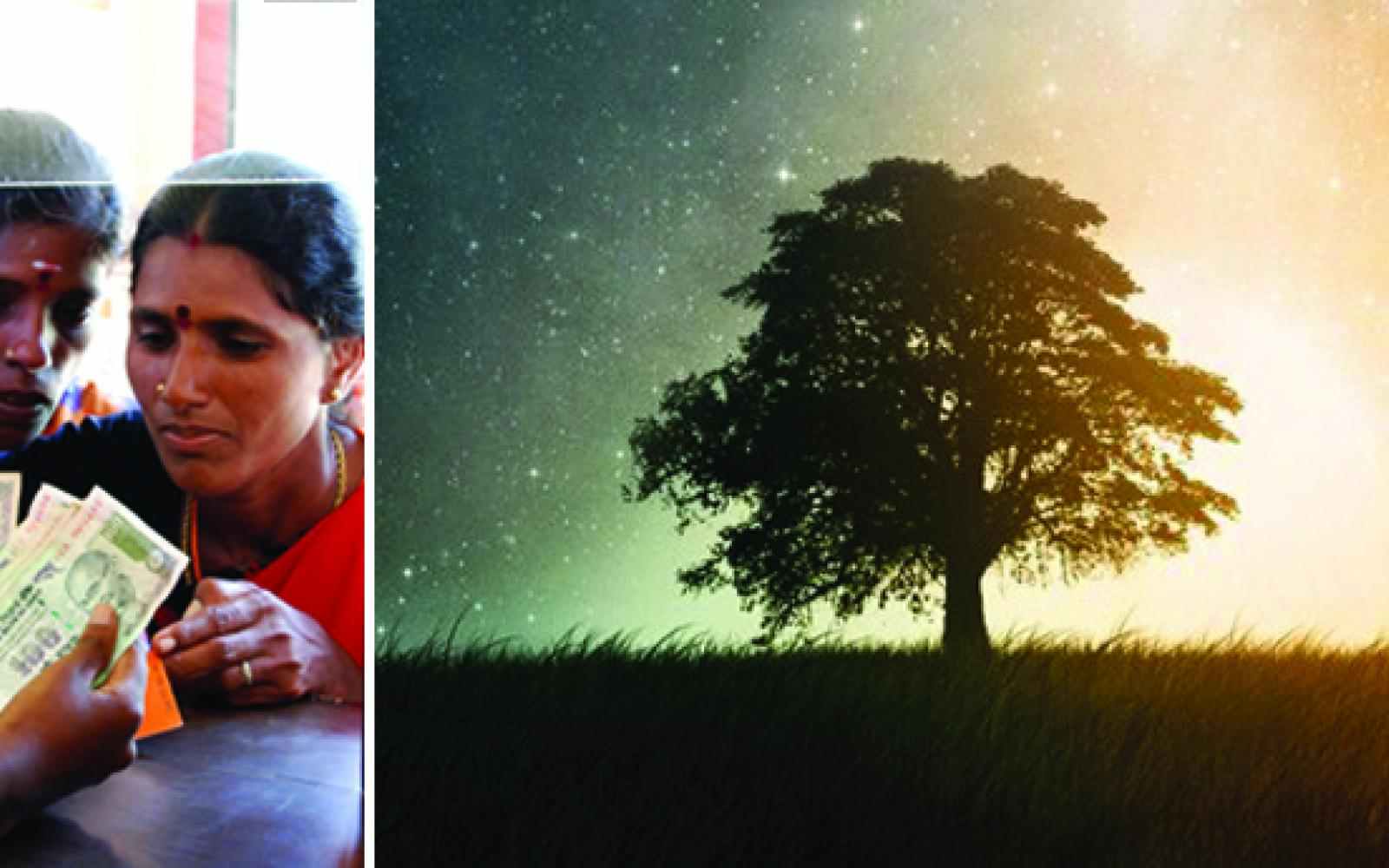 Close your eyes and think of banking. You probably see men in suits, office towers, Bloomberg terminals, and maybe a cash machine—a world that is far removed from African village elders with a phone, migrant workers queuing at a cash shop, children receiving a paycheck for factory work, or doorstep lenders in poor suburbs.

Yet these are the people involved in the next chapter of banking. Suspend disbelief and look at the market potential that could be unlocked for banks by five major social innovations that are at the center of a new partnership between the Ashoka Globalizer and the creative folks at the global financial transaction cooperative, SWIFT Innotribe.

The numbers are mind boggling. There are two billion people without a bank account, five billion without access to credit, and $350 billion in unsafe remittances. There are people paying up to 4,000 percent in interest on loans. Most small and medium-size enterprises in developing economies are without working capital, and governments across the world unable to fund their social problems.

On October 12 and 13, bankers, consultants and experts gathered in London to talk to Ashoka Fellows who want to work with banks to help tackle these problems, and do so at scale. Among them was Brian Richardson, whose Wizzit mobile banking service is already in seven countries and who wants to create a one-world bank account that allows for simple, safe and affordable banking services for all.

Also attending was Steve Rothschild, who has found a way for governments to tap into the trillion dollar bond market and fund unemployment programs or health care, just like they finance roads and bridges.

They are not after CSR funds, but instead after the bank’s core business. Their social innovations lend themselves to it: the social entrepreneurs come with assets that banks lack but would like to tap, such as access to new client groups, or the ability to aggregate demand from customers with low incomes.

The banks, in turn, have the systems, technology and resources to take the social entrepreneurs’ inventions to scale so that they will benefit many more people.

There is a larger argument here that needs a larger audience: on October 30, in Osaka, 8,000 bankers will convene for the world’s largest banking conference, SIBOS. For the first time they will enter into dialogue with social entrepreneurs about the future of their industry—based on concrete ideas for new business with social impact.

We will report back to you from Osaka in three weeks to share the success or failure. So tune in. Our hope is that banks will be able to do again what they have done in the past.

Throughout their history, banks have developed markets from social innovations, driving inclusion and development. Every customer of a cooperative bank is a sign of the power of the idea of the social entrepreneur Friedrich Wilhelm Raiffeisen, and every family that has been lifted out of poverty by a microloan is a testimony to the foresight of Muhammad Yunus.

Banks have a lot to win (see this recent blog post on why talent is deserting the industry), and so do the many people who have never seen one from the inside.