Ila started to discover her changemaking power when she began to question oppressive cultural norms that hinder girls’ access to education in Bulukumba, Indonesia. 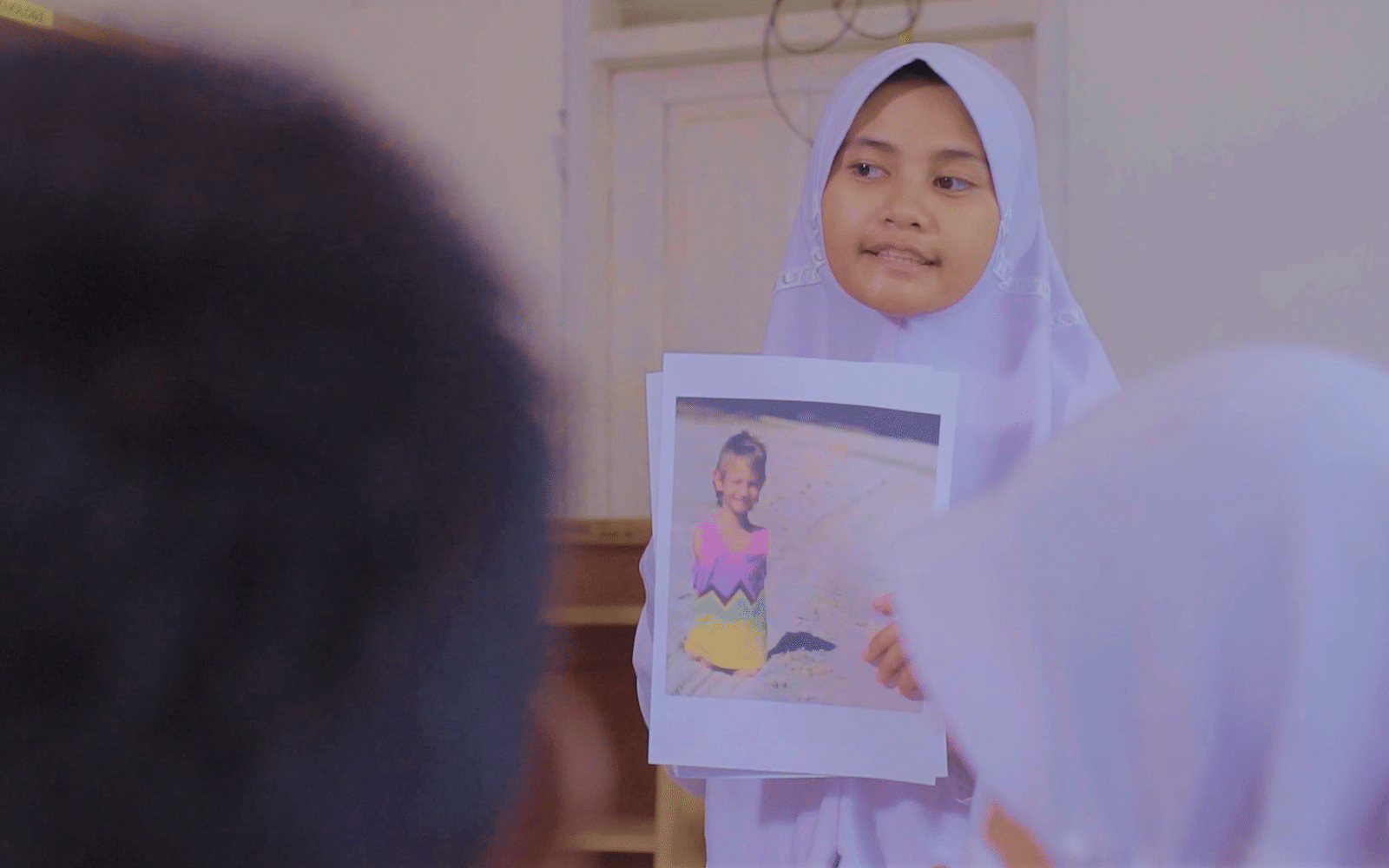 Stories inspire us. Stories challenge us to think beyond ourselves and dream beyond our current reality. Many young changemakers, like Ila, embrace the storytelling at the core of their changemaking idea. Encouraged by the power of education and her own love of reading, Ila, alongside her friends and teachers, started a public library to create a culture of reading, learning, and changemaking among young people in her community. Energized by her own power, Ila believes that Indonesia can rise to be a more prosperous country by recognizing the potential of young people and normalizing changemaking literacy.

“If you cannot bear the hardship of studying, then wait until you eat the bitterness of ignorance.”

Growing up in Bulukumba, Indonesia, Hilyatul Aulia Syahrul, better known as Ila, heard this saying from her grandmother. The strong women in Ila’s life motivated her to value and pursue an education. Ila’s mother was the only person in the family to graduate from high school, demonstrating to Ila how education opens new professional and economic opportunities for greater prosperity. Although many of her other family members had little to no education, Ila’s entire extended family supports her to attend school.

However, this support is not the norm in her village of Bulukumba. Unlike Ila’s family, most people do not see the importance of educating girls or follow a cultural tradition of early marriage. Traditionally, girls are married early in life, which severely hinders them from receiving an education as many do not return to school after marriage.

In Ila’s community, girls typically do not dare to dream big as their agency and changemaking ability are suppressed by these cultural norms. Ila began to question these norms when some of her friends began to drop out of school and one of her friends died in childbirth.

In 2018, Ila, 13 at the time, was nominated by her teacher to join a student exchange program in Jakarta, the capital of Indonesia, where she was hosted by an urban family from a different religious background. The program also challenged students to give back to their own villages with their new, evolving perspectives about their country and knowledge about their world; and this is when an idea sparked in Ila.

To become a changemaker, we must have self-awareness and empathy. Then we all must have the courage, enthusiasm, as well as personal strength.

Ila has always loved to read and credits reading as a contributor to her success in school and her future aspirations. Reading offers Ila a space to learn, discover, and dream. Now, she wanted to inspire other girls to dream big, including a desire to pursue higher education, by building a public library at her school. She decided to name the library “Mari Mengenal Dunia” or “Let’s Explore the World.”

After returning to her village, Ila built her team, which includes her teacher and close friends. Together, they transformed a room in their school into a library. Ila shared her initiative with her connections through the exchange program, who, in turn, collected and donated inspiring and educational books for the library. Boxes of donated books began to fill the shelves.

Although enthusiastic by the number of books her team collected, Ila was surprised by the library’s low turnout, despite the team’s publicity efforts. In fact, some students rejected the library, taking books without permission so others could not read them.

Ila realized she needed to design creative outreach strategies to bolster attendance and create a culture of reading at her school. The more people they involved, the more they could shift attitudes towards the library. In response, the team launched a weekly storytelling event. Slowly, but successfully, the number of visitors began to increase.

Among the book collection, Ila believes that biographies are the most inspiring because they tell the stories of real people, some who built great things out of nothing, such as Steve Jobs. Ila recognizes that inspiration is contagious as the library encourages more young people than ever before to read and dream bigger at her school.

One story sticks out to Ila in particular. When Ila asked one young girl about her dreams when she first met her, the girl responded, “Why dream if you are a girl? You will always end up in the kitchen,” expressing that her life was predetermined to be in the home.

However, after attending workshops and storytelling sessions, this same girl eventually and confidently responded to Ila’s question with: “When I grow up, I want to be a doctor, so people in this village don’t have to travel far to be healthy. I know I can if I study hard.”

In the future, Ila wants to study abroad and become a lawyer. For now, Ila is sustaining her venture by recruiting younger friends to run the library as she transfers to a high school in a nearby city since there is not a high school in her village.

In this new city, Ila plans to expand her changemaking work by starting a public library for street kids. She wants to help disadvantaged children learn to read, developing their literacy skills, and expand their imagination to start dreaming big.

Reflecting on her life and what it means to be a changemaker, Ila says, “a changemaker is someone who is brave enough to create change in a positive direction and create something that is useful for themselves and other people.”

Through changemaking, Ila says she and her team “want women to the mothers of a new generation. Women will build this nation in the future.” Ila’s journey demonstrates that the future is now.