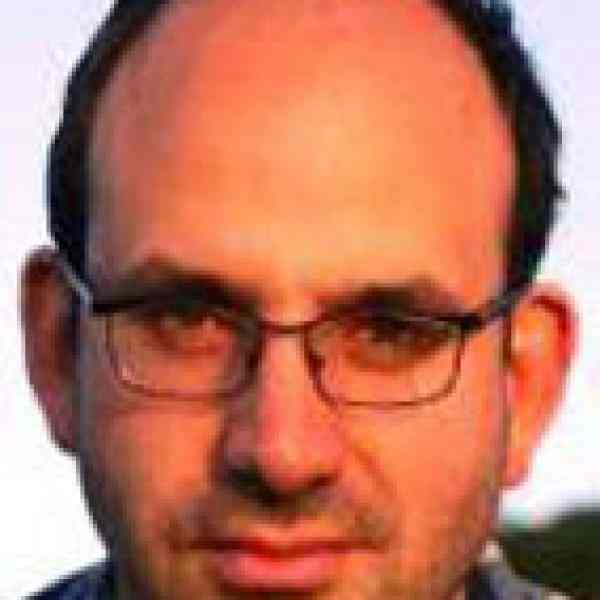 Traditional methods of promoting civic engagement have relied heavily on politics, often disenfranchising citizens from the process. Through mySociety, Tom Steinberg has used the internet to remove this barrier and give individuals the chance to experience the tangible benefit that comes with participating in democratic systems.

Tom is using the internet to engage people in the democratic process across both representative and participatory structures. Through small teams and innovative websites, he encourages participation and inspires many people to take part in the democratic process for the first time. In seeing the direct benefits of their actions, individuals’ attitudes about democracy and politics progress from a position of pessimism to one of optimism and hope. Overall, Tom’s work is creating an environment where politics and democracy is demystified and made accessible to the general public though an architecture by which citizens can engage with democracy locally, regionally, nationally and internationally. This has allowed the people who politics were originally designed to serve—society at large—to reconnect with the decision making structures that affect their lives and shape their societies.

For the majority of people in the UK, taking part in democracy means voting once every two to five years, if at all. Entire communities simply do not interact with government because they do not believe that it actually works for them. As a result, few citizens are aware of the countless decisions made within the democratic system that affect their lives each year.

Exacerbating this almost complete lack of popular involvement in democratic institutions is the fact that present interfaces between society and democracy are antiquated and catered more towards the broadcast era rather than the twenty-first century. People no longer engage in democracy because of their interest in politics, but rather because they see clear benefits for them and their families. Over time, democracy has been equated with voting and elections, causing citizens to grow frustrated with the lack of action resulting from their voting. Further, the assumption within democratic institutions that for an individual to get involved, they must first have an interest in politics has resulted in an additional structural barrier to democratic engagement, creating systems that are not configured to provide benefit prior to political activity.

The combination of these factors has made the current democratic system inaccessible to many, resulting in a powerful disconnect between citizens and the political structures that are meant to serve them.

Independent and non-partisan, mySociety has been running for nearly five years providing a range of tools that allow citizens to become empowered within the democratic system. Through mySociety, people have the opportunity to file Freedom of Information requests, lobby politicians, and push to get local environmental problems solved. In doing so, people see the direct and tangible improvements that impact their day-to-day lives. By seeing these effects, individuals and communities are inspired to continue and sustain their civic participation.

In his mySociety websites, Tom creatively enables people to interact with democratic institutions using simple yet elegant interfaces that allow anyone to report a problem or write to their MP with just a few clicks. Using the TheyWorkForYou.com non-partisan website, Tom makes it easy for people to keep tabs on all elected and unelected politicians in the UK, and through WritetoThem.com, he simplifies the process the public must go through to contact their political representatives. To date, over 400,000 people have used this website to write to their MPs and councillors, with more than half of these being first time writers.

Though www.hearfromyourmp.com is yet another website Tom has created to encourage Members of Parliament to communicate with their constituents about issues that they think are important. To date, over 60,000 people have signed up to hear about and talk with their MPs, and over 160 MPs have actively used the service. MySociety also built the government’s petitions website which has attracted more than 9,000,000 signatures to the Prime Minister since its launch. In each case, mySociety websites create opportunities for citizens to benefit, in many cases for the first time, from the democratic institutions with whom so many people are disengaged, yet fundamentally affect their lives.

In some instances, the benefits associated with this increased civic participation are quite tangible. Through www.fixmystreet.com, for instance, people can report, view and discuss local problems and take action to resolve them through dialogue between local residents and local councils. To date more than 8,000 potholes and other infrastructure problems have been fixed. When such a clear benefit results from one’s action, the user is more likely to come back to the MySociety websites, creating a virtuous, sustainable cycle of participation.

A characteristic of mySociety that sets it apart from other organisations is that there is no explicit reference to campaigning. The campaign aspect that users of Tom’s sites are offered are only provided once they have already taken a first step using one of the current sites, and it is used as a means of achieving their desired goal, rather than couched in the off-putting language of political posturing. Further, MySociety makes no reference to politics, political parties or the political process focusing instead on simply promoting involvement in the democratic processes.

Tom’s work is increasingly attracting attention from other parts of the world and the open source approach he takes lends itself very well to replication in different countries. To date, he has partnered with organizations in Italy, New Zealand, Australia, and the U.S. to utilize the core of mySociety’s architecture in different settings, and further international interest continues to build month by month.

Through the innovative use of low cost, scalable internet technologies, Tom has successfully re-engineered the political and democratic landscape, repopulating it with the citizens these processes and institutions were originally designed to serve.

In Tom’s previous career, he was a policy entrepreneur who worked in the government and with think tanks to develop new, innovative policy proposals. Recently, he has combined his profession of policy development with that of technology development to tip the balance of power to the citizen.

After studying philosophy, politics and economics in university, Tom became involved with the Institute of Economic Affairs. There, he started his career managing day-to-day IT requirements, and eventually worked his way up to the position of researcher, at which time he studied ethnic minorities and the labor market, immigration policy, and broadband provision for the U.K. It was this expertise that propelled him to the government’s hub of policy and strategy development, the Cabinet Office Strategy Unit.

Early in his tenure at the Strategy Unit, Tom was exposed to the standard government scenario planning processes, which he found to be very traditional, limited, and intellectually indefensible considering the complexity and uncertainty inherent within many of the key issues facing today’s governments. As a result, he pioneered futurology as a new approach that introduced uncertainty as a variable in government scenario planning. After being acknowledged as the cutting edge of scenario planning, Tom worked at the Department of Environment Food and Rural Affairs to assist in reforming their scenario planning after missing the disastrous outbreaks of Foot and Mouth Disease and Bovine Spongiform Encephalopathy.

Tom is the product of a transatlantic marriage, as his father is from New Jersey and his mother from the UK. After spending his youth in Oxford, Tom spent the summers of his late teens marketing the United States, taking on a broad range of jobs that gave him a taste of many different worlds.