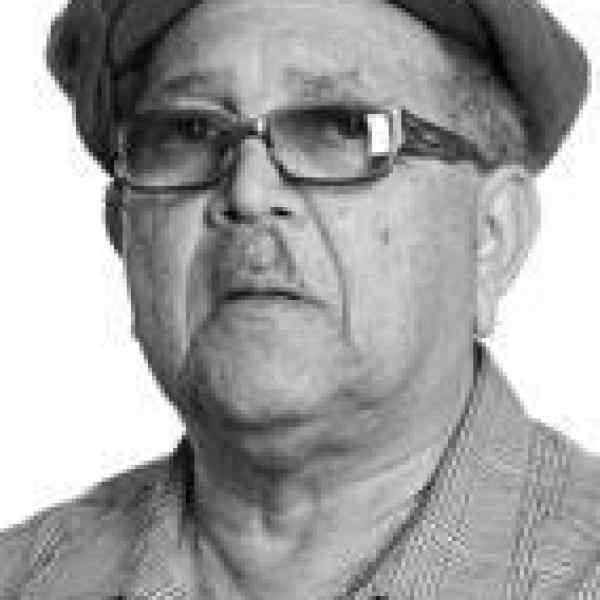 Ron Chisom is empowering American citizens to fight racism. He defines racism as the combination of racial prejudice and power and is teaching individuals and organizations how to undo racism in themselves and their institutions.

Ron developed a method for combating racism and founded the People’s Institute for Survival and Beyond (PISB) to teach it. This pioneered the Undoing Racism movement in New Orleans, Louisiana in 1980. His teachings became the backbone for the entire field of Undoing Racism and the PISB has become a major source for thousands of grassroots and institutional forays into empowering people without racism limiting their vision and effectiveness. With nearly 200,000 people trained in this perspective and methodology, PISB trainers go on-site to institutions and hold independent conferences to train participants in his framework.Ron’s method is based on the belief that unless people are actively trained in how to “undo” racism in themselves and their institutions, they will unconsciously perpetuate racism to the detriment of their greater goals. The PISB does not define racism in only its extreme forms—such as convictions about “white supremacy”. Instead, racism is most often unconscious, an automatic byproduct of living in a society where racism exists. Once people are able to pull this racism out of the shadows of their unconscious and deal with it consciously, they are able to work more genuinely across racial lines. In fact, most PISB graduates say that they are generally more self-aware in their dealings with all people, which breeds a stronger sense of personal integrity and ethical behavior.The PISB approach to community empowerment includes an analysis of the history and manifestations of individual, institutional, and cultural racism as well as the constructs of internalized racial superiority, internalized racial inferiority, and how individuals and institutions practice “gate-keeping” to keep information and decision-making power to themselves when it should belong to those who are most affected by those decisions.

In the 1970s Ron recognized that economic exploitation is typically organized and sustained by a racial hierarchy that is personally internalized and institutionally perpetuated. Importantly, he understood that most organizers did not know how to undo their racism and subsequently extended the racial fault lines into causes such as the women’s rights movement, the environmental movement, and other initiatives to empower local people to create change. As a result, these movements are fractured but the racial hierarchy within them is strong.This matter is complicated by the fact that the best training in effective organizing actually perpetuates the problem. In the 1950s and 1960s, Ron was apprenticed by several legendary community organizers including Saul Alinsky, but in the mid-1970s he decided to correct a consistent problem with those who work to empower American communities. Most community organizers were trained in political analysis and organizing techniques but did not understand the history and practices that support racism. In Ron’s words, “Community organizer trainings usually focus on tactics and skills but giving organizers more skills without teaching them how to deal with racism was just making them more skilled racists.” When this happens, organizers often practice gate-keeping—the practice of deciding who will have access to knowledge and opportunities that rightfully belong to disempowered people. Most people are loath to admit that they are racist and even if they do, that is only the beginning of undoing it. Each person wanting to undo a lifetime of training must face themselves experientially. They must engage in justice work that allows them to practice the new perspective and to validate its merits. Training is not enough, undoing racism requires the establishment of a base community and communities of practice to sustain the participants in a healthier approach to social justice. These communities support each other in local campaigns and the PISB often convenes them to form new collaborations on issues of justice in everything from housing to healthcare.

PISB coined the term “Undoing Racism” in 1980. For the last 26 years this New Orleans-based institution has trained nearly 200,000 on campuses, in local communities, at foundations and in social service agencies, hospitals and businesses. The idea to create a system of undoing racism arose from Ron’s experience as a community organizer and his strategy is rooted in those best practices with an eye on history.An organizer trained in Undoing Racism knows the history, construction, and manifestations of individual and institutional racism and can recognize the gate-keeping behaviors, internalized sense of superiority and internalized sense of inferiority that collaborate to rob well-meaning people of their victories over systemic oppression. They acquire the important skill of power-mapping rather than “needs assessment” to determine which institutional powers keep communities in need. This training is the common point of entry to the undoing racism movement. The PISB is the recognized national leader but has trained dozens of other institutions and supplied leading authors with the theory and practices that inform popular discussion in the field. The trainings run year-round across the country and are not limited to “typical organizers”—anyone taking initiative to end systematic oppression is an organizer.In addition to laying the conceptual and training groundwork for the undoing racism field, the PISB reconvenes those who have taken the training into campaigns that focus on common goals across multiple communities. For example, in 2004 the PISB organized a “health equity” summit for health care providers interested in better serving grassroots communities. By teaching the framework to both the healthcare providers and organizers in five local communities and working with them in a coordinated way, Ron demonstrated its effectiveness in solving health disparities. Such shared campaigns have cultivated thought leaders and encouraged individual organic initiatives which have established the field of Undoing Racism in the U.S. Ron intends for this paradigm to be adopted internationally.

A native Louisianan, Ron was born during World War II and was in his 20s during the “2nd Reconstruction of the South” in the 1960s. Raised under the U.S. version of apartheid, he was not encouraged to continue his education and took a job as a janitor after finishing high school. He worked at Charity Hospital, which, as its name suggests, was a white-run hospital that provided healthcare to the poor predominantly black people of New Orleans. Though the Civil Rights movement was rocking the social and political foundations of the South, Ron observed that little was changing in the attitudes of white doctors towards black patients. He recalls that he “saw daily disrespect and so many levels of experimentation on this population by health care professionals who were learning at the expense of this community. The devastation was overwhelming.”Ron questioned these inequalities and confronted them by organizing at his workplace. His successes—including employment of more minorities, quicker and better medical attention, and more respectful treatment—caused his reputation as an organizer to grow. Though he achieved organizing victories, he also empowered people to take successful control over their own situations. However, Ron realized that reaching out to individuals was simply a stop-gap measure—the real problem is internalized racism perpetuated by professionals and institutions.In 1980 Ron partnered with Dr. James Nunn to tackle the problem of institutionalized racism head-on. The result was the PISB, which they founded to “Undo Racism” by viewing a community’s strengths as the solution instead of its needs as unrelated problems. Ron insists that, “Hallmark to this process is when we see the community enthusiasm grow and they see themselves as change agents, not just health statistics.”The PISB is a reflection of Ron’s lifelong commitment to the power of positive organizing and community values. Though he and Dr. Nunn both worked in the healthcare industry, Ron created PISB to holistically address a community as one organism with related underlying problems. He has done this in his own life by providing organizing guidance and technical assistance to the United Methodist Voluntary Service, Southern Partner’s Service, Treme Consortium (community revival and development), and Welfare Rights Association. Ron views a healthy individual as an extension of a healthy community, and a healthy community as the result of its members’ willingness to examine their own internal prejudices and how their institutions perpetuate this inequality. Through the PISB, Ron is ensuring the health and well-being of all U.S. citizens, regardless of race, location, or socioeconomic status.