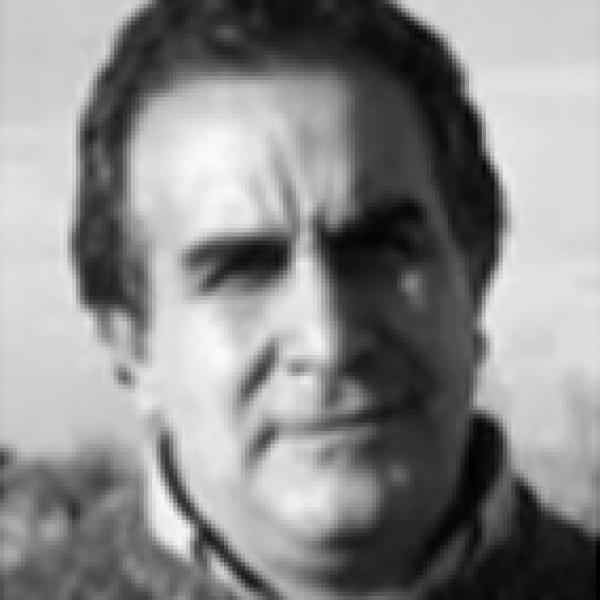 Pablo’s “barefoot” business school is bridging the gap between education and work in Argentina’s most marginalized urban communities by offering young people localized, hands-on entrepreneurial training and support to start their own businesses.

Through his School for Business Entrepreneurs in Mendoza province, Pablo is tackling low expectations and unemployment in Argentina’s most impoverished urban settlements by providing a critical link between training and job opportunities for young people. The school brings entrepreneurial teachers, business leaders, and institutions into communities to teach youth the skills they need to survive in the marketplace and guide them through the process of starting their own businesses. The training is rooted in the cultural and developmental characteristics of the community, taking into account the extra needs of long-marginalized students, and employs both theoretical and practical approaches. Revenues from the school’s business ventures are reinvested in the school, making it at least partly self-sustaining, and providing a compelling alternative to traditional training programs in a time of economic strain.

Young people are among the most dramatically affected by Argentina’s continuing recession. Amidst a general unemployment rate of 23 percent, youth unemployment stands at 34 percent. And in the large urban settlements that surround the six major cities, those figures are even higher. In Mendoza province, for example, 40 percent of youth from marginal urban neighborhoods neither study nor work. Low expectations for job opportunities discourage children and teenagers from taking school seriously, and they have few role models in the adult population; most have never seen their parents work on a permanent basis. Even those who do want to work and have the requisite job skills are stigmatized by potential employers based on where they live. The cycle of unemployment and underemployment thus self-perpetuates, and contributes to the culture of drugs and violence that plagues so many of these communities.

Education, while critical, is by itself not sufficient to bring marginalized youth into the mainstream economy. Even vocational training institutions have not been able to instill a culture of work in communities where jobs are scarce and prejudice is rampant. Government and civil society organizations have recently begun some efforts to support youth entrepreneurship as an alternative, but most focus on traditional business training that fails to account for the unique barriers underprivileged youth face: entrenched negative attitudes toward school and work; slower learning times; and lack of experience with a functioning economy. Other efforts tackle the problem only partially, providing microcredit opportunities or unemployment subsidies that do not address the foundational skills that are critical to economic success.

Pablo’s “barefoot” business school pairs education and opportunity to break the cycle of youth unemployment in Argentina’s poorest urban settlements. Students in the program gain the base skills and knowledge to succeed in the mainstream economy while learning to build their own business and secure a livelihood for themselves. Young people’s cultural codes and developmental timing are respected in the teaching process, and families are encouraged to get involved.

Selection for the business school begins in creative production workshops at public secondary schools, where Pablo is able to identify those with entrepreneurial instincts. Prospective students are then put through a rigorous testing process to gauge the strength of their commitment and willingness to take risks, and to make them aware that this is not an immediate solution to their current income problems. Not everyone is prepared to start an autonomous project, and Pablo pays special attention to developmental readiness and maturity, focusing largely on those over 17. However, the school also offers more limited experiential training to adolescents to stimulate the culture of work and entrepreneurship from an earlier age.

Teachers for the program are also carefully selected and trained. Pablo builds multidisciplinary teams of nontraditional teachers, combining entrepreneurial instruction with concrete skills and experience in business and production. They provide students with theoretical training while guiding them through a hands-on business project that covers the whole production process—buying, manufacturing, selling, reinvesting, and generating returns. Side issues such as health care and basic educational needs are also addressed during this time.

Once students are ready, they begin developing their own business initiatives and receive the technical support and funding they need to carry them through. Students are strongly encouraged to embark on joint enterprises, devise collective solutions to common problems such as transportation, packaging and access to technologies and then establish networks to increase their negotiating capacity in the market. Pablo also encourages relatives, friends, and other community members to get involved in the projects.

Bringing the outside in is key to the business school’s twin objectives of breaking down underlying barriers and businesspeople providing an education that meets market standards. Pablo works closely with a 15-person interdisciplinary group, including psychologists, medical doctors, and social workers, to coordinate the school and address student needs. Business people are invited to come and share their expertise with the students, and in doing so gain a new perspective on urban youth. Companies are asked to participate by providing financial support to student initiatives, acting as retail channels for new products and donating part of their fiscal credit to develop social initiatives—a rare occurrence in Argentina. Universities are also tapped to provide mentorship and access to technologies while they benefit from linking their academic vision to business realities. The government has also provided some funding for student projects. Pablo brings all of these leaders and institutions together for periodic meetings to help guide and implement his interdisciplinary vision, and in doing so creates a wider group of stakeholders to ensure the school’s and students’ success. Pablo also exchanges methodologies and experiences with like-minded organizations in Paraguay, Chile, and Peru.

There are currently twenty new businesses in progress at the School for Entrepreneurs, involving a total of seventy students, and the school provides advice for thirty more endeavors throughout the province. Projects include agriculture (apiaries and garlic and tomato plantations), services (radio programming), arts and crafts, manufacturing of hygiene products, and alternative technologies (solar power). A percentage of revenues from graduates’ businesses as well as other initiatives taken on by the school itself are reinvested in the school to support a new crop of students.

Pablo’s entrepreneurial model is already having an impact on public policy and civil society. The Provincial Ministry of Education is considering reshaping the formal school system in Mendoza based on the strategies Pablo has developed, and various organizations in the province have requested his mentorship to begin replicating the hands-on program in other communities.

At age twelve and ambitious beyond his years, Pablo decided he wanted to contribute to the family income. Taking advantage of idle land owned by relatives, he started a small fruit production business, and by fourteen, upon the death of his father, he had become the family’s sole breadwinner. “I would not want my children to do that,” Pablo said, reflecting on his young age, but the entrepreneurial seed he planted as a child would continue to drive him. As a young adult, Pablo found work in a company drawing department while he studied engineering at the university. He developed a reputation for leadership and hard work, and when he graduated, he set about developing his own businesses.

It was his work with the Roman Catholic Church that first introduced Pablo to Argentina’s most troubled communities. Since early childhood, Pablo had devoted weekends to community activities at the local parish, but despite his close relationship to the church, he disagreed with its approach to poverty and challenged it constantly. When he was eighteen, Pablo met a Jesuit priest who was working in the San Martín neighborhood, an extremely poor, dense settlement with frightening crime rates. Sharing the same vision, Pablo and the priest launched an innovative program to train young leaders. This experience, he says, taught him that “you don’t have to become the words of those who have no voice, but to offer them the room to express their own selves.” Today, those young leaders have become adults with stable families and are a clear influence in their community.

As he became more and more engaged in the San Martín neighborhood, Pablo began to look for ways to address systemic issues of poverty and unemployment. One of the most obvious problems he saw was lack of adequate education. At that time, although the Ministry of Education approved the creation of schools and paid for teachers’ salaries, it did not provide the building or the equipment. But Pablo was determined, and after organizing the community to mobilize resources, his new school was opened in 1991. Even this first school was no ordinary one. Born from an extremely poor community, it was also deeply rooted in it, and children and adults alike were encouraged to attend and complete their formal studies. The inclusive model gained rapid recognition, and UNESCO published Pablo’s effort as one of three experiments in Argentina with a successful approach to retaining pupils and improving learning for disadvantaged young people.

However, Pablo soon realized that his graduates were still connected to drugs and gangs, in large part because there were no opportunities for them when they finished. The school was not linking its students to the outside world. It was then that Pablo decided to create a new kind of school that could provide young people with both skills and opportunities for income generation activities. He requested the support of the provincial administration, but the Ministry of Education would only fund a traditional vocational training school that lacked the things he deemed essential: a flexible strategy which met young people’s actual needs, and a respect for their cultural codes. So, after encountering some strong resistance within his own team, he struck out on his own and created the new Business School for Entrepreneurs in 2002.