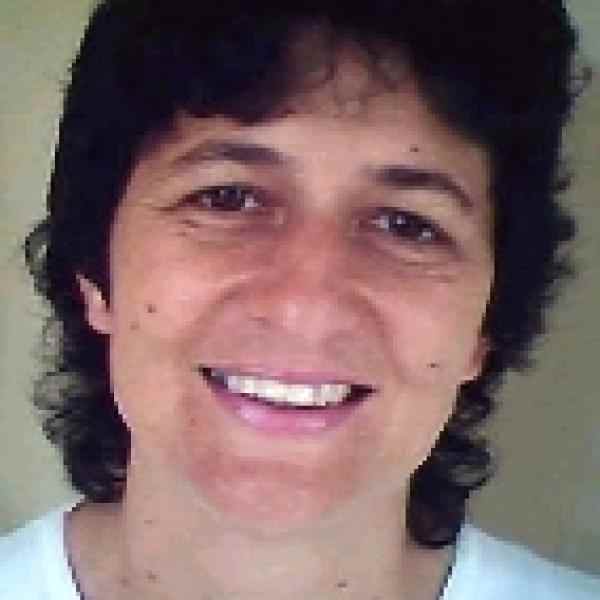 Nelsa Nespolo is creating a “fair chain” model that brings workers in the supply chain into ownership and management responsibilities—giving them greater control over their livelihoods.

Nelsa has created a new kind of supply chain using fair economic participation to improve the lives of low-income workers in Brazil. Her model connects every part of the organic clothing production chain—from cotton farming to the final sale—into a collective that distributes profits among the workers; also the owners of the company. Unlike “fair trade” initiatives that ask consumers to pay a premium for an ethically produced product, Nelsa’s “fair chain” model increases workers’ wages while also conferring management responsibility and ownership to the workers themselves. After only two years in operation, over 700 workers are involved in the Justa Trama supply chain network. The company maintains an umbrella structure with each link worker-owned and operated. As the company builds capacity, resources, and management, workers achieve economic stability and equal participation in an economy that has traditionally rejected them.

In Brazil, wealth is primarily concentrated among only a few business and political figures, while a large majority of the population is comprised of low-income workers living in near-destitute conditions. High-paying positions recruit only from the educated portion of the population. Low-paying jobs are often the only option for the uneducated, and the number of these jobs is decreasing, while the unequal distribution of wealth in Brazil is increasing as a result of this disparity.  In Brazilian textile mills, international competition is driving down the wage rate and increasing the number of workers paid below-living wages. Factories frequently shut down, to then re-open as “new” companies and hire former employees at lower wages and without benefits.  Most Brazilian cooperative organizations are located in rural areas, particularly in the northeast, where production is predominantly local and efforts are isolated. Moreover, these companies lack innovative growth strategies to access new markets and effectively position themselves as a viable alternative to low-wage factory jobs.

Nelsa organized a fair supply chain through a six-step framework of worker-owned businesses, with an umbrella group overseeing the process. Her goal: to create an organization that gives workers ownership over their financial futures. She began working by making bags for the World Social Forum in Porto Alegre. Her work incorporated 35 cooperatives that produced over 60,000 bags. Withholding funds to cover unexpected emergencies, Nelsa was able to divide the surplus into equal portions for each of the cooperatives involved, regardless of size and structure. This event had a significant impact on everyone involved, in part because of the success it represented for a new economic model validating fair commerce and the equal distribution of wealth.  During the production process for the World Social Forum in 2005 Nelsa created Justa Trama, an organic cotton clothing brand and production network. The name means: “Between us, we will be just, well-entwined and clear.” Nelsa created a model for production. She identified potential cooperatives to participate in the pilot program and she assessed production capacity. She required that each company define its obligations to Justa Trama.  For example, production with the ADEC cooperative, involves 270 farmers in five cities in Ceará, who produce 1.5 tons of organic cotton. Threading and weaving is carried out by two cooperatives employing 390 workers in the state of São Paulo. Design and production are carried out in Santa Catarina and Rio Grande do Sul with 23 women working as seamstresses to finalize production. Another 100 co-op workers produce decorative and natural dyes from the Amazon region.  Each new cooperative to join is the chain is offered capacity-building and collective decision-making processes. Employees gather to decide if they want to participate. If organic production makes sense for them, what role will individuals play in management? This established process reflects Justa Trama’s principles of economic participation. Justa Trama also creates and leverages partnerships with other Brazilian organizations to increase its impact. It works with Unisol Brasil to influence government policy; the Fórum Brasileiro de Economia Solidária, to connect with the rest of the solidarity economy movement; SENAES/Fundação Banco Brasil, to finance early production efforts and capacity-building; and ESPLAR, to improve techniques for organic cotton production. Frequent discussions with the Ministry of Labor give the organization access to those creating and establishing public policy.  Increasing organic cotton production will be integral to the success of Justa Trama. In the short term, Nelsa will simplify the process of forming a collective enterprise and communicate directly with farmers regarding the increased demand for organic cotton. Furthermore, she plans to strengthen and consolidate the Justa Trama brand, along with the six cooperatives, establishing a consistent structure and clear foundational values around self-reliance and just production. Nelsa wants to expand her work with Justa Trama throughout Brazil. To achieve national impact, she is diversifying the Justa Trama brand and product line to include hammocks and shoes. Increased production will also increase the need for raw materials, the number of designers employed, and the number of solidarity factories incorporated. She also plans to open Justa Trama retail stores to eliminate dependence on existing retailers.  Outside groups, both domestic and international, have acknowledged the strength of the Justa Trama model, including the Fundação Banco Brasil and a group representing over 1,000 cooperatives in Venezuela. These groups are adopting strategies that have been successfully implemented in Brazil.

The daughter of farmers, Nelsa was born in Nova Pádua, a city in the interior of Rio Grande do Sul. At age 13, she left the country to study in the city, where she attended Juventude Operária Católica (JOC). JOC promoted group discussion of life values, which facilitated the early development of leadership skills. During this time, Nelsa was worked as a factory operator and was responsible for organizing workers in the struggle for improved work conditions.   Through active involvement at JOC, Nelsa was invited to assume the position of national coordinator in São Paulo. In this role, she began coordinating the movement throughout Brazil. This experience solidified her perspective of her work as having a higher purpose, and as far more than an income-generator. During this period, she married, left her factory job, and decided to work for herself; consulting from her house while raising two children.  Feeling the need to return to collective work, she became involved with the Participative Budget in Porto Alegre. Acting as a counselor and delegate, she discovered her immense ability to mobilize and organize the community. She was responsible for the improvement of basic community services in the region where she lived. She also created the project Popular Incubators, which helps enterprises in the solidarity economy to grow, and Cooerativa de Costureuras Unidas Venveremos. After creating additional cooperatives focused on recycling, daycare, sanitation, road paving, and medical services, Nelsa turned her attention toward a model with much greater economic potential.