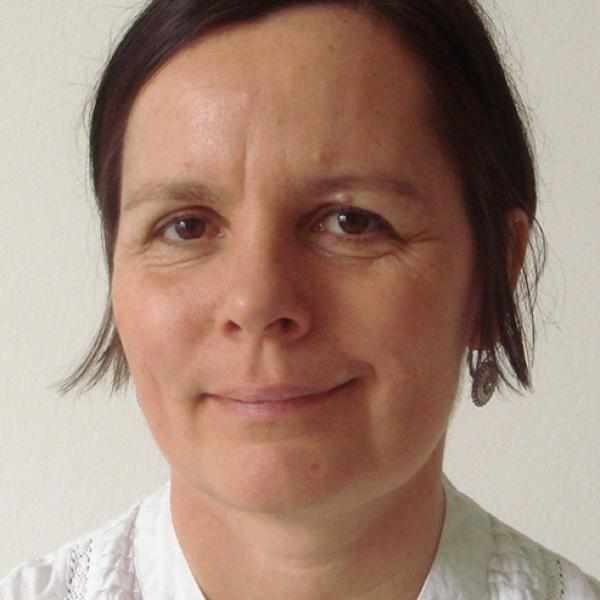 Michaela Wicki is providing a unique combination of services for homeless runaways in the Czech Republic. Her goal is to get them off the streets and into a loving and affirming environment in which they can grow into productive and happy members of society.

Michaela Wicki is combating the growing problem of homeless youth in Czech Republic. After years of working for state-sponsored social service institutions, she has concluded that their approach to dealing with the problem of homeless young people is too simplistic to deal with the myriad problems that most of these youths face when they attempt to move back into society and adulthood. She is moving beyond the typical one-dimensional model of care for troubled youth in the Czech Republic and developing a program which meets not only the physical needs, but also the emotional and psychological needs of homeless youth.Her program initially removes the young people from the typically urban and often dangerous environments in which many of these young people find themselves. She takes them to a completely different place, one that is rural and very sheltered. Then through a three-part program she slowly reintegrates them into society, so that by the end of the program they have built up the knowledge/skill base that they need to cope in the real world and also have the emotional fortitude to become happy and productive citizens.

During the Cold War, the Soviet Union and its satellite states in Central and Eastern Europe claimed moral and social superiority over the West because, unlike it, they did not have the problems of homelessness, poverty, or abused and abandoned children. Although this was inaccurate, the nature of these closed societies made open discussion of such social problems very difficult. Czechoslovakia was no exception. The state-propagated illusion of a perfect society crumbled quickly with the political changes and newfound openness of the early 1990's. With the advent of political reform came discussions of the need to reform social services for the disabled, elderly, children, and youth.

The benefits that have come with the fall of Communism have been slow to reach these groups. Indeed, the situation for abused and abandoned children in many ways has grown worse in the Czech Republic. Cuts in government expenditures have led to the deterioration of social services, and abuse and abandonment have increased because of the economic and social stress associated with transformation. Many parents have simply been unable to adapt to the new reality, and as a result there has been an increase in social pathology within the family.

In the Czech Republic, as in many other countries, abused and neglected children are often removed from the their homes and placed in state-run institutions. In the short term, removing these children from an abusive environment is often necessary and desirable. However, very little thought has been given to the long-term impact on the mental well being of a child who is removed not only from his/her family but also from town or village, friends, and normal support network. To make the matter worse, a cycle of abuse, neglect, and removal is often repeated several times in a child's life. As a result, many of these young people grow to view adults and society as the enemy, and they run away, seeking refuge on the streets of large urban centers like Prague. Once on the streets, they are ill-prepared to face an environment rife with danger, drugs, and prostitution.

In order to improve the quality of life of runaways, Michaela has started a series of related programs that are designed to meet the varied and complex needs of these troubled young people as they move from homeless runaways to productive adult member of society. To manage these programs, Michaela started an umbrella organization called Pram, which means "raft" in English. Pram oversees the management and operation of three very distinct projects that Michaela has developed or is currently developing.

The FARAHOME Project is based on a farm in the rural village of Koesin. There, runaways can be removed from the dangers of life on the streets - drugs, prostitution, crime, and violence - and placed in a safe environment. While at the farm, they begin to build new relationships that will start them on a road to a better future. The young people stay in this risk free environment for approximately two to three months, during which time they work with the other residents and staff to care for the farm. For the first time, many of them experience life in a loving and affirming "home" in which they feel valued as people. During this time, Michaela and her staff try to win the trust of the young people so that they will be more receptive to the idea of getting additional help.

After working many years with troubled young people, Michaela grew to realize that while the vast majority of them want to hold steady jobs and to be productive members of society, many lack the self-discipline and education to succeed in a work environment. She has responded with Project JOB, a sheltered workplace that permits them to acquire skills, and with the help of Michaela's staff, to overcome barriers such as irresponsibility and lack of motivation. Michaela has contracted with several remarkable employers who are willing to participate in the project and help the participants grow to become good quality workers. In the near future, Michaela wants to set up a for-profit business which will be staffed by project participants. Any profits made by this venture would be used to help support the organization.

Project DOM (dom is the Czech word for "house") is in development. It will offer assisted living for the young people who need to develop and hone the skills they need to live on their own. It will provide them with a loving home type environment in which they can overcome feelings of social isolation and uncertainty in a highly structured program that will last approximately two years. Over its course, they will gradually be given increasing levels of responsibility and be introduced to the idea of living on their own much in the same way a young person from a stable family is prepared to leave home. Currently, Michaela is seeking space for her fist site. Local government officials may be able to donate a building for the project. The prospects for finding a municipal partner are very good, because the project has been approved by the Ministry of Social Welfare.

Michaela, who has a background in business, is very concerned with the long-term sustainability of her projects. Therefore, she has devised a creative way to finance her work through partnerships with businesses. Michaela has won the support of two printing businesses and an advertising agency, which have agreed to be profit making "twins" which will help to make Pram self-sustaining by donating part of their own profits to the organization.

Michaela earned a university degree from the School of Economics in Prague after which she worked as a teacher at a children's home. She then returned to school and studied psychology at Charles University. However, she interrupted her studies in 1989-90 because of her work with the Civic Forum organization, which played an important part in the political transformations that were taking place in the Czech Republic at the time.