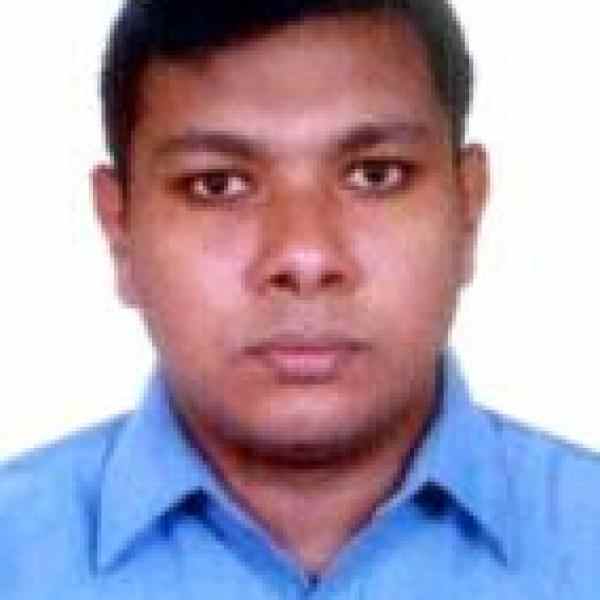 Hasan’s idea is to bring professional identity and rights to the hundreds of thousands of poor youth employed in the informal food service sector in urban Bangladesh. Ignored by mainstream workers’ unions and usually living away from their families, these youth lack a strong support structure and are very susceptible to drugs, violence and crime. Hasan works with youth and their employers. With youth he organizes those working in low-scale restaurants and cafeterias into peer groups and leadership committees that facilitate recreational activities, team-building, education and life skills development. He also trains in labor laws and group entrepreneurship. The program fosters leadership skills, self-esteem and strong social support networks for them. Simultaneously, Hasan is introducing owners in the informal food service industry to workers’ rights, formal employment contracts, quality management systems and improved customer satisfaction; helping them create socially responsible businesses. He is also connecting the informal food service sector to trade unions and sensitizing customers and other stakeholders to workers’ issues and rights. For example, women usually don’t work in or visit low-scale restaurants because the environment in is not gender sensitive. Hasan addresses the gender dimension in training sessions with owners and workers. Hasan recognizes that while improving the current working conditions of restaurant workers is important, financial sustainability and career mobility are essential to moving them out of perpetual poverty and into the middle class to enjoy steady incomes and economic growth. He has developed a business model for a chain of jointly worker-owned restaurants and is presently training workers in personal financial planning, entrepreneurship, marketing skills and other business skills necessary to run their own restaurants. The Ahar Social Chain Restaurants will be marketed as a socially responsible, jointly worker owned and operated, quality food service brand that will set a new standard in the food service industry.

According to a 2003 national youth survey, youth between the ages of 15 and 30 constitute 57 percent of the work force in Bangladesh. Young people from economically isolated rural areas are migrating to cities in huge numbers to seek economic opportunities that are absent in their home regions. Many of these adolescent migrants are absorbed into the restaurant and food service sector. The 1999-2000 statistical survey states 7 million people were employed in trade and restaurants; the child labor force (10 to 14 years) was estimated at 6.8 million.The restaurant sector is one of the largest and fastest-growing in Bangladesh—the annual business volume is estimated at 30 billion taka (approximately US$425 million). In most low-scale restaurants and cafeterias owners pay minimum attention to customer service satisfaction, sanitation and quality of food—they are solely focused on keeping labor costs low and increasing profits. The majority of these establishments lies at the fringe of the formal food service industry and therefore do not receive attention or support from government bureaus, industry associations or developmental agencies. Since the supply of labor in this sector far exceeds the demand, the young migrant workers are often exploited and forced to work without pay or benefits in unjust and dangerous conditions. Young boys typically receive only food and lodging in exchange for their labor while older boys may be given a small amount of money per month as income. Workers live in deplorable conditions in overcrowded housing provided by their employers. Hasan has heard of 60 workers being forced to share a single room. Employers rarely show any regard for the rights of the workers and beatings are common. The young employees work long hours, cannot attend school, and do not enjoy any health care benefits. The majority of these low-income child workers have nowhere to turn to for emotional support or help in a crisis. Many turn instead to crime, drugs, and violence. Current initiatives to improve the working conditions of young laborers have failed to address the unique concerns of the informal economy. For instance, child labor programs focus on removing children from the formal sector (e.g., the garment industry) and sending them to schools and do not reach young people working in the informal economy. Previous efforts to organize young, poor workers have not been particularly successful either—unable to overcome internal politics, hotel youth workers’ unions have proved ineffective in bargaining for their rights. Often employers have overtly thwarted organizing efforts. As the informal food service sector is not recognized as an industry by the government, it remains unregulated and underserved.

Hasan’s entire vision hinges on the crucial first step of creating a group identity among young laborers in the informal food sector such that they see themselves as part of a larger community. He started his initiative organizing young men, ranging in age from 12 to 24, who worked in the cafeterias at the engineering university he attended. He eventually set up a citizen organization, Subidha Banchito Manab Unnayan O Sheba (SUBMUS), to spread the idea. SUBMUS helps the workers set up peer committees that coordinate different activities for the group—sports, recreation, learning and education, financial planning, rights awareness, skills development etc. The boys lobby their employers for regular time off and plan sports tournaments and leisure events; building their leadership and organization skills. To build their knowledge and awareness of current affairs, one of the members reads the newspaper to the group at the end of each workday. Each group selects a treasurer who collects five taka from each boy every week and manages their individual savings accounts. The savings program encourages entrepreneurship among the workers—recently, a group of 11 boys created a joint savings fund to finance micro-enterprises in their village. The savings program has also boosted a sense of mutual support in these groups; Hasan narrates numerous instances of groups pooling in their savings to tide over a co-member facing economic hardship due to illness, family emergencies or loss of employment. In the absence of family members, the boys turn to one another for an emotional and psychological support net. Recognizing that health-related problems are one of the biggest obstacles to continued income generation, Hasan roped in UNICEF to fund and create a health awareness program for the workers. Under this program, 30 peer educators from within the community have been trained to educate the workers on HIV and Aids, safe health practices and other health issues. He also got a local school to open their toilet and sanitation facilities to restaurant workers in the neighborhood. Partnering with Action Aid Bangladesh, Hasan started five informal education programs that help around 150 adolescent workers get access to continued education. Plans are afoot to open 20 more schools in 2007, serving over 500 workers from the community. Hasan is also working to connect restaurant workers to formal trade union networks and create a national platform for their community. He helped found the North-Bengal Hotel Restaurant Workers Federation and plans to spread his programs through the Federation’s network which presently serves 16 districts in northern Bangladesh. Hasan is aware that as his idea spreads and grows, it will face opposition from employers and owners of the food businesses who resent any form of organization or unionization by their employees. Anticipating this need Hasan has found ways for them to communicate with their employees and be involved in their group activities. He creates incentives for restaurant owners to collaborate with his organization by offering them training workshops on business improvement, financial management, and operational and quality management systems. Hasan strategically reaches out to customers to sensitize them towards the challenges faced by the workers in the restaurants they patronize and make them partners in his effort to rope in restaurant owners. Hasan also brings employers in advisory roles to the committees so that they feel a sense of responsibility and interest in their employees’ wellbeing. For instance, Hasan established a system whereby owners would contribute to the cost for health services and medical treatment for their workers. Presently, Hasan’s work has spread to 50 restaurants in Panchgarh in the northern part of Bangladesh involving over 700 restaurant workers. To give his informal observations academic authority and move his idea from pilot to scale Hasan designed and secured funding for a participatory research project that would systematically analyze the working conditions and challenges faced by low-income workers in Bangladesh’s informal food service industry. Hasan presented the findings of his research project involving hundreds of workers, owners, university students and volunteers, in various seminars and journals, and was thereby successful in putting the restaurant workers community on the radars of mainstream development organizations and government agencies. The final component of Hasan’s strategy is to enable the workers to move out of the service industry and up the economic ladder through entrepreneurship. In collaboration with Research Initiatives Bangladesh he designed skills-based learning modules that would train the workers in entrepreneurship techniques, alternative employment and improved financial management. This program also encompasses the worker-owned restaurant imitative. The first worker-owned Ahar restaurant was opened in June 2006. Hasan’s business model calls for 4,000 low investment franchises to be opened in the next 15 years throughout the country giving thousands of workers direct share and ownership in the business.    Hasan’s long-term vision is to make food service a socially responsible industry by spreading his model to each of the 4,500 unions in the country within the next 15 years and serving thousands of young workers.

From a very early age, Hasan showed a compulsion to intervene whenever he came across poverty or injustice. He remembers an incident from his childhood when a man bleeding from his thighs was begging for Taka 300 to pay for an operation. Hasan wondered why none of the elders were willing to give this amount and broke his clay bank to give all of his savings to the man—a grand total of 26 Takas! He was only 7 years old at the time. When his family moved to the capital city, Dhaka, Hasan did not allow himself to be cloistered but actively reached out people from all economic strata; he organized group lunches and invited low-income street children to participate. Observing that street vendors in the markets were being forced to pay off neighborhood criminals, Hasan reached out to the perpetrators and convinced them to stop their demands. While studying at the Bangladesh University of Engineering and Technology, Hasan was involved in various activities such as called Youth Against Hunger, the youth wing of Hunger Free World, as well as the National Federation of Youth Organizations in Bangladesh and Green Force, a youth wing of the Bangladesh Environment Movement. An avid technologist, Hasan has been elected as the Regional Representative for the Asia Pacific Region of the United Nations Space Generation Advisory Council, a youth organization working to involve the young generation to science, technology and space activities worldwide.At the university, Hasan observed a continuous cycle of young boys working in campus cafeterias getting addicted to drugs and eventually losing their jobs. This was the starting point of his work with young workers in the informal food service industry. It has not been an easy journey for Hasan, particularly as his family and academic advisers see Hasan’s educational qualifications as a door to a life of wealth and prestige as an engineer. However Hasan firmly believes that he has the right skills and ideas to bring social responsibility to various service sectors in Bangladesh.